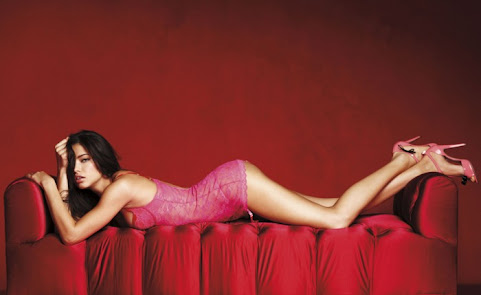 Just a quick peek at pop culture hotness, community news and a few more items to start our Monday with an informative and educational view of our world for reader consideration . . .

Roll the highlight reel for a tasty week ahead in arts and entertainment in Downtown Kansas City from Monday to Sunday, Jan. 13-19: The City Market, 20 E. 5th St. This week, explore Kansas City's original marketplace connecting local businesses and regional growers to the community.


4 injured in crash in Overland Park

OVERLAND PARK, KS (KCTV) -- Four people were injured in a crash that happened in Overland Park on Sunday night. Police said they were called to the scene of the accident in the area of 85th and Metcalf just before 7 p.m. Pictures provided by a witness show that one vehicle rolled over.

KANSAS CITY, Mo. -- A Kansas City man is facing a string of charges after he allegedly stole a car and kidnapped a worker from a car dealership. Dawontay Frazier, 26, is charged with kidnapping, assault, armed criminal action , stolen auto and felon in possession of a firearms charges in Jackson County.

Newsflash: Utilities Have All The Power In Kansas

An independent review of Kansas' rising electricity prices shows the current system for setting rates could use some improvements. In a lengthy report requested by state legislators and submitted by London Economics, analysts concluded three main things: The current ratemaking process has been slightly balanced in favor of utilities, regulators are limited in their ability to protect consumers from paying for underused investments (such as aging coal plants), and additional bill surcharges and have been a key driver of rising rates.

JEFFERSON CITY - Missouri's medical marijuana program has generated millions of dollars for state coffers in the last year, but officials do not yet know how they'll spend the money. Under the constitutional amendment legalizing medical marijuana, application fees from businesses, and a 4% tax on medical marijuana sales, are supposed to go to the Department of Health and Senior Services for it to administer the program.


Inside Adriana Lima's World Since Hanging Up Her Angel Wings


Trump, Pelosi square off ahead of impeachment trial

WASHINGTON (AP) - President Donald Trump and Speaker Nancy Pelosi squared off Sunday ahead of his impeachment trial, as she said senators will "pay a price" for blocking new witnesses and he quickly retorted that she and House Intelligence Committee Chairman Adam Schiff should both testify.

Retail is Dead: Kohl's Got Coal For The Holidays

The challenges facing the lagging U.S. department store sector show no sign of easing, with the latest holiday season scorecard painting another downbeat picture. One telling example is Kohl's. The mid-priced department store saw its stock slump 9% on Thursday to be a leading S&P loser after it said comparable sales in November and December dropped 0.2%.


Queen prepares for royal family summit over Harry and Meghan

LONDON (AP) - Ensconced with aides at her royal retreat, Britain's Queen Elizabeth II prepared Sunday for a crisis family meeting to work out a future for Prince Harry and his wife, Meghan, after their dramatic decision to walk away from royal roles.

SHAWNEE, KS (AP) - A former Kansas City area TV meteorologist has won a Kansas Senate seat being vacated by the retirement of one of the Legislature's most conservative members. Mike Thompson, who spent nearly 40 years in broadcasting, much of it as a well-known figure on KCTV5 and WDAF until he retired in 2018, was chosen Saturday to replace retiring Republican Mary Pilcher-Cook.

Each week we'll take a step back into the history of Great Bend through the eyes of reporters past. We'll reacquaint you with what went into creating the Great Bend of today, and do our best to update you on what "the rest of the story" turned out to be.

We're monitoring another storm system for the end of this week.

^^^I think it's a traditional Irish name. Black Irish.

Since leaving the Victoria's Secret catwalk, Adriana has assumed a retiring posture, punctuated by thrusts of penetrating fulfillment!!!

And that's the winner.

After all, we have at various times in the past made, Murder, Rape, Narcotics, Abortion, Gambling, Divorce, and Adultery illegal, and each one of those immediately stopped, didn't it?

Of course Society can legislate Morality! Don't be silly!