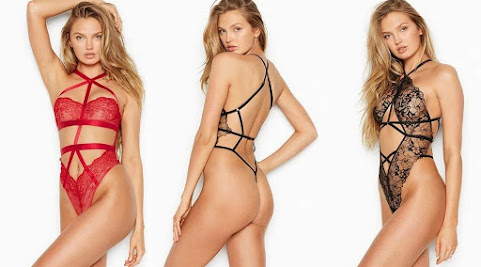 Romee Strijd is a 24-year-old Dutch model. She has been a Victoria's Secret Angel since 2015. And tonight her body of work inspires this round-up of pop culture, community news and items from across the metro and around the world . . .


Come for Fox and Pearl's airy and Instagrammable interior design, stay for its masterful meats. Or vice versa.

Fast Times In The Dotte


GM says over 1,350 temps will get full-time jobs by March 31, including workers in KCK

DETROIT (AP) - More than 1,350 temporary workers at 14 General Motors facilities in the U.S. will get full-time positions before the end of March, the company says. The workers will start at $21 to $24 per hour depending on their seniority and will get improved health care benefits at a low cost, dental and vision benefits, company 401(k) contributions and annual profit-sharing checks.

During a year that U.S. law firms merged at a record pace, two Kansas City-based law firms completed deals that ranked among the 15 biggest in the nation, and another all-local deal saw two local firms come together. Legal consulting firm Altman Weil, which has been tracking deal flow for 13 years, reports that 115 U.S.

KANSAS CITY, MO (KCTV) - An investigation has been launched into an apartment complex designed for the elderly. It's called Gabriel Tower and is located at 1600 Jackson in Kansas City, Missouri. Many who live there are handicapped, and have complained about the living conditions.


After Debate, Warren Told Sanders: 'I Think You Called Me A Liar'

subscribe to The NPR Politics Podcast podcast Sens. Elizabeth Warren and Bernie Sanders shared a tense moment after Tuesday night's Democratic debate. Warren shunned Sanders' attempt to shake her hand, and they exchanged words that were inaudible on the broadcast. Then, Sanders turned and walked away.

WASHINGTON (AP) - In a dramatic procession across the U.S. Capitol, House Democrats carried the formal articles of impeachment against President Donald Trump to the Senate late Wednesday, setting the stage for only the third trial to remove a president in American history.

Tiny Cash For Everybody

Participants in a series of select entrepreneurship courses this winter will be eligible to win a total of $30,000 in micro-grant awards thanks to the Urban Business Growth Initiative. Funded by the City of Kansas City, Missouri, and administered by the UMKC Innovation Center, the new Dare to Venture Micro-Grant Competition is expected to feature numerous prizes with a top winner earning at least $5,000.

Chiefs Freak Out On Display

CLINTON, Mo. -- Chiefs Kingdom is showing its support for the team anyway it can, and for one fan, that means dusting off her skeleton collection. Tami Jones is affectionately known as the "skeleton lady" around Clinton, Missouri. Take a drive down East Ohio Street, where she lives, and you'll understand how she got that title.


Cold Thursday sets us up for next winter storm Friday

Clouds will decrease Wednesday night. It will be breezy and cold, with lows falling into the teens. We'll see more clouds on Thursday, with highs near 30 degrees. A winter storm watch has been issued until 6 p.m. Friday. Snow and sleet will likely develop after midnight, changing over to freezing rain Friday morning.