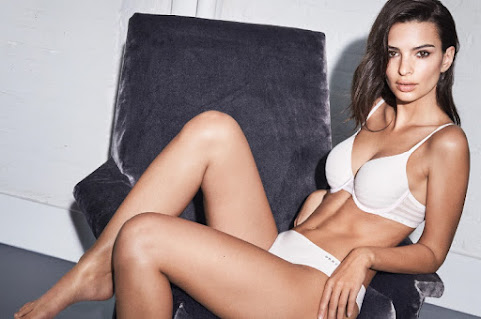 We start the morning with another look at pop culture, some community news and a bevy of other captivating items.

Members of the Kansas City cycling community gathered around The Scout on the first day of 2020 to remember the life of 31-year-old Pablo Sanders, a resident of KC who passed away after being hit by a vehicle on Christmas Eve while riding his bicycle. At approximately 11:30 p.m.


Floods, Bankruptcies, Trade Wars And Politics - What Agriculture Means For Kansas City In 2020


Does KC need an army of lobbyists in Jefferson City? And how much does this cost us?

As long as Missouri voters continue to reelect lawmakers whose highest priority is undoing the will of the people - and reversing ethics reforms passed with widespread public support - what Kansas City can expect out of Jefferson City is: not much.


Emily Ratajkowski shares throwback bikini photo, wishes she was encouraged to 'be more than just my body'

Emily Ratajkowski has a message for young girls. The 28-year-old model took to Instagram to share a throwback photo of herself and encourage her fans to love themselves. "I used to like showing people this photo of me at 14 to prove that my body is natural.

Ivanka Trump faced a backlash for her lack of tech qualifications from industry figures ahead of her speech at a big annual technology industry show in Las Vegas. Trump was set to deliver the keynote speech on Tuesday afternoon at CES on "The path to the future of work", addressing technology's role in creating and enabling the workforce of the future.


Impeachment state of play: The week questions start to get answered

The Senate returns Monday. The House on Tuesday. The dynamics of impeachment are, from a practical standpoint, largely unchanged from where they were before the holidays. The array of questions from the most immediate: "when will the articles be transmitted to the Senate," to perhaps the most central: "will there be witnesses?"

Fox News longtimer Geraldo Rivera was scheduled to appear on Sean Hannity 's program Tuesday night. But Geraldo got the axe. And it appears he got himself canceled in just two tweets. The familiar Fox News personality was enthused about counseling Sean Hannity on war with Iran.

KANSAS CITY, Mo. -- The playoffs frenzy comes calling to Kansas City. With the Chiefs taking on the Houston Texans at Arrowhead this weekend, fans aren't limited to t-shirts and ball caps to back Patrick Mahomes and the rest of the team.

Country music artist Blane Howard has posted a little ditty, singing the Chiefs praises for this weekend's divisional game of the AFC playoffs."After many requests, I decided to do another song for this year's playoffs!

Clear skies coupled with low humidity will have temperatures falling quickly this evening. By midnight the thermometer will read freezing then drop into the middle to upper 20s by morning. the wind will ease up a little at sunset but will pick back up again by morning offering wind chills in the middle teens by daybreak.

Better than that. Bikers get the hell out of my way and stop thinking you are above the law. Little freaks with your soi boy tights and stupid helmets.

Nancy Pelosi is looking at a "downhill pull" from now until the Election, while all Cadet Bonespurs and Moscow Mitch have to look forward to are aching Scroti!

Who convinced these Darwin Award candidates that share the road excludes them from traffic rules.
You ride through a red light odds are against you. 150 to 200 pounds vs 3000.
The only tragedy is you failed common sense 101.

Then we lose - taste of our salty tears, we'll try again next year,
window has closed the fear

We were cheated - it was to be 'our turn', did not deserve to lose,
swiss fandumb never learn

Other team stole our Championship 'dream', excuse in lieu of proof,
not good enough the truth

This is how, our story ends once more - back, to the drawing board,
'wait till next year', all in accord

^^^Hey, you never told us, how does Mahomes dick taste? He keeps shoving it down your throat every week!

^^^Oh Chimpy, you love playing in your own poo!