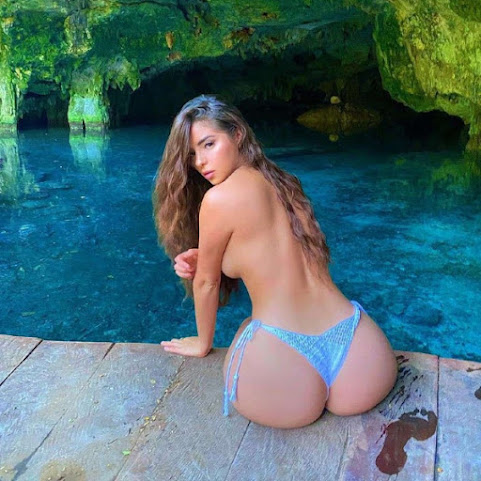 We start this workaday collection of pop culture hotness, community news and interesting items with a quick shout out to our blog community who enjoyed the long-gone holidays with us as we move forward . . .


Restaurant Week tops the menu for Downtown fun this week

Roll the highlight reel for the first full week of 2020 in arts, dining and entertainment in Downtown Kansas City from Monday to Sunday, Jan. 6-12: 2405 Grand. Crown Center, This week, the I ce Terrace, KC's public outdoor skating mecca, is open daily at 10 a.m. now through March 8.

Sammich Wait Is Over

After years of delays, the downtown Kansas City Pickleman's Gourmet Café is officially open. The sandwich-and-soup shop opened Monday inside a 2,600-square-foot space at 25 E. 12th St. It features a modern and industrial vibe and is accented with handcrafted butcher block tables from Kansas City's Historic West Bottoms district.

Demi Rose has been travelling the world from one exotic location to the next, but has shown no sign of tiring of her luxurious lifestyle. The 24-year-old model posted a very revealing snap of her soaking up the sunshine as she laid out on a bed of palm leaves.


Judge Judy rules in favor of Mike Bloomberg, will join him on campaign trail

Mike Bloomberg just released a new campaign ad featuring the most trusted jurist in America. It's not the Chief Justice, but - for a billionaire candidate who needs to connect with working class voters - someone much better: Judith Sheindlin, known in most homes as TV's "Judge Judy."

General in charge of U.S. coalition forces in Iraq tells military counterpart to prepare for helicopter flights as troops pull up stakes Letter says troops will soon begin flying out in transport helicopters under cover of darkness But defense secretary tells reporters that 'there's been no decision whatsoever to leave Iraq, period' Chairman of the joint chief of staff confesses that the letter was a draft released by mistake Donald Trump said Sunday that he would only withdraw troops if Iraq paid the U.S.

Any Old Ladies Out There Actually Watch This?!?!


Ricky Gervais says he had a 'blast' at the Golden Globes: 'Make jokes, not war'

Ricky Gervais couldn't be happier his Golden Globes hosting duties are officially over. On Monday, the 58-year-old comedian took a moment to reflect on his opening monologue, as well as thank the fans who supported his jokes. "Thanks for all your amazing comments about my Golden Globes monologue," Gervais tweeted.

The United Way's Loads of Love program delivered washers and dryers Monday to two schools in Grandview.Students at the Center for Alternative Instructional Resources and Conn-West Elementary School will have more opportunities to ensure their clothes are clean for school."We have parents that have to make the choice: 'Do I feed you or do I take that money and go to the laundromat and wash your clothes?'" said Michelle Butler, principal of CAIR.


An entrepreneur's confession: Being a stay-at-home dad is the manliest thing I've ever done

Editor's note: The opinions expressed in this commentary are the author's alone. Women stay at home and care for the children. Men are the breadwinners. Throughout history, that has been the societal norm. Women take care of home and men are the providers. From the hunter-gather period, until modern times - this is the expected perception.


This week will feel more like early spring than wintry January

Hide Transcript Show Transcript YOU ARE WELL RESTED, THE KIDS ARE WELL RESTED. PROBABLY NOT. NICK: GOT SOME PRETTY GOOD WEATHER FOR BACK-TO-SCHOOL. 50'S AND 60'S. THIS WEEK LOOKS MORE LIKE EARLY SPRING OR LATE FALL. IT DOESN'T LOOK LIKE JANUARY. 29 DEGREES RIGHT NOW. NOT A LOT OF WIND.

That's a lot of azz and news!

Draft letter gets out. Nice. This administration is basically the equivalent of the buck stops no where.

How about kicking some parents asses for failing to do laundry.

""We have parents that have to make the choice: 'Do I feed you or do I take that money and go to the laundromat and wash your clothes?"...or do I stay on the couch and fire up the crack pipe? --they left that choice out.