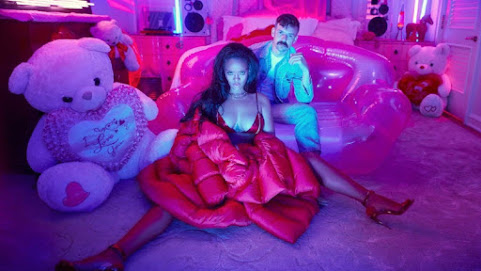 For our most dedicates Kansas City news readers we offer this eclectic collection of pop culture, news links and more items of interest in order to benefit the local knowledge, education and the discourse.

Wayside Waifs is caring for two emaciated dogs that were abandoned at the shelter Thursday night."I would classify them as kind of having moderate emaciation," said Eric Kelly, chief veterinarian at Wayside Waifs.Shelter workers said the dogs, Henry and Louie, have been dealing with issues for some time."They're just really, really weak.

INDEPENDENCE, Mo -- The law enforcement community is mourning the loss of one of their own. Sgt. Jason Young is one of two people killed in a car crash Thursday evening in Gladstone. He was a 20-year veteran of the Independence Police Department and was off duty at the time of the crash.


Owners of Coach's Bar & Grill to expand in Overland Park

Hide Transcript Show Transcript SIDE. ARE YOU HUNGRY AT ALL? BRIAN: AT COACH'S BAR AND GRILL IN OVERLAND PARK, BUSY SUMMERS, A TOP DECK AND NEARBY BASEBALL BALL FIELDS KEEP THE BUSINESS ALIVE. IN MISSOURI, IT WAS REGULARS.

Kansas City Southern ( KSU) reports quarterly earnings on January 17th. Analysts expect revenue of $733.58 million and EPS of $1.86. The revenue estimate implies a 6% increase Y/Y. Investors should focus on the following key items. Kansas City Southern has been growing revenue, while other railroads have been facing serious headwinds.

When Rihanna makes a declaration, the world tends to listen. While she may not be ready to present the ninth album yet (answers needed!), she is announcing her next Savage X Fenty venture: the first-ever designer collaboration and Valentine's Day capsule collection.

Six fighters of an Iraqi militia backed by Iran were killed in an airstrike north of Baghdad as tensions in Iraq continue to escalate.


Trump tells evangelical voters they have God on their side

US President Donald Trump wooed crucial evangelical voters Friday with a speech in Florida where he told them God is "on our side" ahead of this year's elections. "I really do believe we have God on our side," Trump told the crowd at the King Jesus International Ministry mega

Segway Ninebot, the company behind a slew of motorized personal vehicles, has unveiled its newest product, a personal "transporting pod" called the S-Pod. The S-Pod can go up to 24 mph, and works like a motorized wheelchair: allowing its user to sit while they travel around.

Cancer survivors and their loved ones who attend meetings of the Prostate Network in Kansas City have talked for years about a radiation treatment called proton beam therapy. They know it's expensive and controversial. Some doctors and healthcare experts say it's no more effective than standard X-ray radiation, and costs twice as much.

KANSAS CITY, Mo. -- This season isn't even over yet, but the Kansas City Chiefs have already announced their opponents for the 2020 season. The NFL on Monday released the Chiefs' home and away lineup for next season. Of course, this is just a list of who they'll play -- not an actual schedule.

Hide Transcript Show Transcript DATE NIGHT PLANS. IT MAY SAY 35 BUT IT WILL FEEL LIKE IT IS IN THE 20'S AT 9:00. THE NORTHWEST GUSTING TO 20 MILES PER HOUR. THAT IS THE WEATHER FOR TONIGHT. TOMORROW IT WILL BE BLUSTERY AND COLD. THESE ARE THE AIR TEMPERATURES.