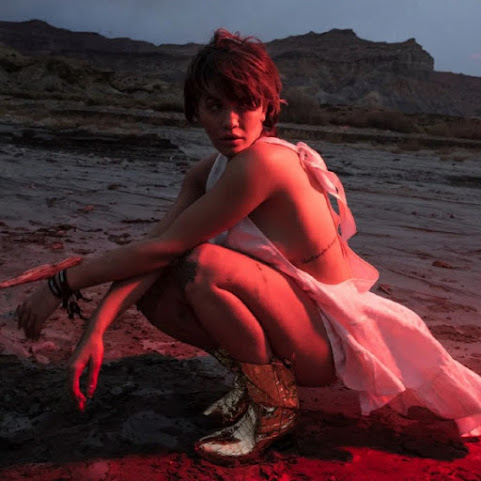 Right now we check a line-up of headlines unrelated to football hype along with pop culture, community news and other items from across the nation and around the world . . .


Kansas City Wipes Up Yet Another Homeless Dump

Missouri Department of Transportation crews along with Kansas City Missouri Police officers and Social Workers responded to the I-435 and 24 highway interchange Friday morning to clean up the mountains of trash generated by transients camping under the bridge.

Kansas City was "lucky" 15 years ago not to build a downtown ballpark when the Royals lease was last up, according to Paul Goldberger, author of the new book "Ballpark: Baseball in the American City." But that's all changed now.


'American Dirt' author canceled at Rainy Day Books and beyond, and that's beyond sad

The cancellation of Jeanine Cummins' "American Dirt" book tour is a depressing commentary on our national conversation. jeaninecummins.com; Macmillan Publishers You may have heard that Jeanine Cummins, the author of the controversial and best-selling new novel "American Dirt," will not be speaking at Rainy Day Books after all.

KANSAS CITY, Mo. - A Kansas City, Missouri, Fire Department vehicle was involved in a crash on Friday afternoon, according to police and the fire department. The crash, which involved the KCFD vehicle and one other car, occurred near East 39th Street and Euclid Avenue over U.S. 71. https://www.kshb.com/news/local-news/kcfd-vehicle-involved-in-two-car-crash-no-injuries

TOPEKA, KS (KCTV) - A Kansas City, Kansas, company has pleaded guilty to violating the federal Clean Air Act in connection with a toxic chlorine gas cloud that formed over Atchison in 2016. According to the plea agreement, Harcros Chemicals, Inc. is expected to pay a $1 million fine.

Promo Hotness In The Wildnernss

She's no stranger to showing off her phenomenal figure. And Rita Ora teased at her sensational physique in a stunning cover shoot for LOVE magazine's upcoming edition. The Hot Right Now hitmaker, 29, looked phenomenal in the snap as she posed broodingly on the beach.


Dow Jones has worst day since August amid coronavirus fears

The outbreak in China has shaken global markets. The Dow Jones Industrial Average closed down 603 points, about 2%, on Friday, as the novel coronavirus outbreak has stoked uncertainty for investors. The S&P 500 and Nasdaq also tumbled, by 1.8% and 1.6% respectively, after authorities in China said coronavirus cases there now top 9,600.


Monica Lewinsky on Trump impeachment witnesses: 'gee ... I had to give that videoed witness testimony...'

By After Republican Sen. Lamar Alexander released a statement on Thursday night saying that he will not vote to hear witnesses in President Trump's impeachment trial, claiming that the commander-in-chief's actions have been "inappropriate" but not "impeachable," former impeachment trial witness Monica Lewinsky had this to say: That struck a chord with Twitter users furious over the fact that Alexander and other Republican senators are likely to block a vote to call witnesses on Friday, meaning the president could be acquitted as early as Friday night.

The Trump administration announced Friday that coronavirus has been declared a public health emergency in the U.S. "Today President Trump took decisive action to minimize the risk of novel coronavirus in the United States," said Health and Human Services secretary Alex Azar at the White House today.


Behind the curtain at Cirque du Soliel's KC run of Axel

Each year, Cirque du Soleil manages to impress. You'd think after 35 years (the company was founded in 1984) we'd come to see the show's contortions, acrobatics, and aerial tricks as "normal," but with each show, they manage to impress again and again. This season's production Axel is Cirque's second on ice.

Our skies will stay gloomy and gray again this evening but you don't have to wait long for the clouds to break up. In fact by morning our skies will offer a generous mix of sun with only a few scattered clouds as the morning begins with temperatures in the upper 20s.

KC can't be bothered to think about anything but the game. Sorry dude.

Hopefully some one with tossed Goldberger out the door and then tossed his baggage on him.

Paul Goldberger was paid to say what he did at his little speech. Be interesting to see what developer/construction firm paid him.

God, you people are desperate and pathetic!

RE: the book, society has lost it's ever loving mind

The book was contrived woke horseshit.

Just another guy peddling his latest book and urban futurist theories to convince another clueless gang of electeds that they have to do this BIG BIG thing right away or they'll be left behind. And, of course, encourage them to use OTHER PEOPLE'S MONEY to pay for those dreams.
Time to recall the Richard Florida BS that all the millenials would be moving to downtowns, so KCMO needed more density and "transit options".
That's now yesterday's news and his latest theory is that actually millenials want to live in houses with yards and in communities wwith good schools.
So the trendy ideas move on and towns like KCMO are left with just the debt burden from making believe they were cutting edge for maybe two years.
Money will make any of these grifters say pretty much anything.

After inspecting the Kobe crash site, Rita had a craving for Bryant's Barbeque!!!

Oh, Chimpster/7:15, you're still asking too many silly questions. You need to get woke and clean up that stinky cage.

LOL! Got that right!

The French news site Les Crises posted a copy of the complaint in English in which Viktor Shokin charges that Biden wrongfully orchestrated his ouster as Ukraine’s prosecutor general.

^^^ wow is that my lil nappy headed friend mixing it up!

mixing it up in the wrong direction!