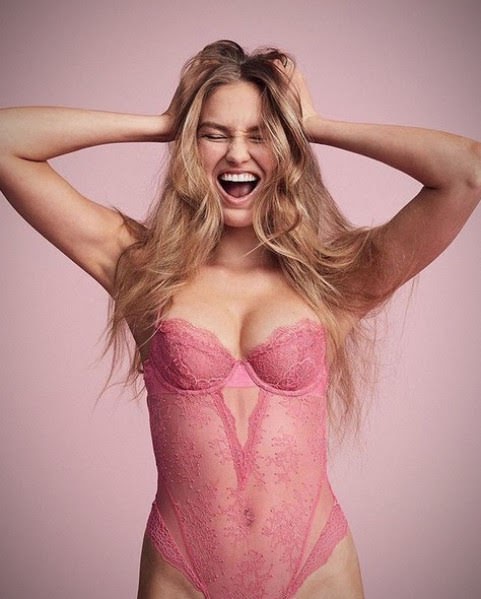 This morning we celebrate and educate ourselves on hottie Romee Strijd along with more pop culture items, community news and info from across the nation and around the world . . .

Kansas City employment is nearing cyclical lows of 3.5% and the competition to retain talent is fierce. This is leading companies to find new ways to use their real estate to attract and retain top talent. Many companies are using new workplace strategies to provide premium space for workers, but this comes with a hefty price.

Kansas City, MO - The Strange Music family is in mourning after learning Ces Cru producer Justin "Info Gates" Gillespie has passed away. Tech N9ne broke the news on Thursday (January 30) via Instagram with a tribute post dedicated to his late friend. "I just can't right now!"

KANSAS CITY, Mo. - Medical marijuana cultivation sites and dispensaries are looking to hire employees to get their businesses up and running. This comes as the Missouri Department of Health and Senior Services approved 60 cultivation sites and 192 dispensary locations. As of Monday, DHSS approved more than 31,000 patient and caregiver applications with another 2,200 awaiting review.


Billionaire founder of Victoria's Secret may sell the company

L Brands' stock jumped 12% Wednesday on a report that billionaire founder and CEO Leslie Wexner is in talks to step aside or sell the struggling lingerie brand.


Attacks in Afghanistan spike as US weighs troop drawdown

As the Trump administration weighs significant US troop reductions in Afghanistan, the number of attacks carried out by the Taliban and other anti-government forces reached a record high in the last three months of last year, according to a new report from the Special Inspector General for Afghanistan Reconstruction.

As news of the Wuhan virus spread online, one video became emblematic of its claimed origin: It showed a young Chinese woman, supposedly in Wuhan, biting into a virtually whole bat as she held the creature up with chopsticks. Media outlets from the to RT promoted the video, as did a number of prominent extremist bloggers such as Paul Joseph Watson.

Former New York Mayor Mike Bloomberg has already dropped a fortune in support of his 2020 presidential bid - including, reportedly, $10 million for ad time during Sunday's Super Bowl. Now, the exact figures are coming to light. And they are staggering.

When it comes to the 2020 presidential election, Democrats are nervous wrecks and Republican excitement has grown. That's according to a new poll by The Associated Press-NORC Center for Public Affairs Research as Americans look ahead to a high-stakes election that is 10 months away but still very much top of mind.

by: Lindley Lund Posted: / Updated: TOPEKA, Kan. (KSNT) - Volunteers from across Kansas gathered at the Capitol on Thursday for the Sunflower State Trail Appreciation Day to encourage legislators to create more trails in Kansas. There are currently state and federal grants available to communities who wish to create a trail, but they typically have to fundraise and work with volunteer groups instead.


We Code KC teaches coding to kids in the urban core

KANSAS CITY, Mo. - As the tech industry continues to grow, one local organization is working to make sure kids in the urban core don't get left out. We Code KC offers free classes to expose kids and teens to cyber security and computer programming.


Finally Sunny, very warm for the weekend ahead

Hide Transcript Show Transcript THE REST OF HIS CAREER HERE BECAUSE HE'S TREATED LIKE FAMILY. NICK: WE ARE SHOWING OUR CHIEFS PRIDE. EVERY BUILDING THAT HAS LIGHTS TURNING THEM RED. 32 DEGREES WITH WIND CHILL VALUES IN THE LOW 20'S.

What? No murders? That's a switch.

Bloomberg's message in the ads is nothing more than "I hate Trump enough to throw away a lot of money!". The man must be insane to spend that kind of money. I often see people that are so upset about something someone else does that they go crazy. While I think Mike Bloomberg is a good business man I am sure people will come out of the woodwork against him as being a whack job to work for. After all we are only seeing how "great" he is in 100 million dollars worth of advertising. Could someone tell me how much more than his average worker at this companies he makes?

Hiking enthusiasts who need a trail might as well use a treadmill. There's the great outdoors - get started!

Romee warms up the Super Bowl halftime crowd before JLo and Shakira pledge their naked support for the #MeToo movement!!!

100 million wasted on anti Trump ads? Just think of all the good that 100 million could have done? Nobody should have that kind of power or money who obviously is not in complete control of their sanity. It could have been against Bernie ads, I'm just saying not the workings of a sane man. And he expects people with half a brain will vote for him? Oops never mind Lucas made it into office along with Davids so guess that explains that.

I'm voting for Bloomberg because his ads are focusing on the epidemic of gun violence in this country, & the terrorist NRA's Second Amendment Lies.

"Nobody should have that kind of power or money who obviously is not in complete control of their sanity."

Do you think Donald Trump is a "stable genius"?

After a fashion he is, Byron!
If you've ever been in a stable you'd know that.
The label "Horseshit Genius" is a pretty good description of "el Caudumblio"!

I don't know that to be fact or not Byron, but lets compare Trump to your accomplishments in life. Okay .0000500 seconds later the answer is Trump has been successful while you have not done anything other than be a loser who hates those who have made it in life.

Bloomberg is another super rich man the kind that you hate as you have made it very well known by what you have said in the past. So you're now supporting another really rich man while trash talking another man you hate because he is rich.

All Bloomburg is attacking is the law abiding people of our country, but I wouldn't expect an idiot like you to see that.

^^^ admit that your previous job was sweeping floors at go chicken go.

For some reason many of the retorts on this blog are making me less concerned of ever being perceived as racist.

Why don't we know the average worker pay for Bloomberg's companies? Someone that rich being able to buy an election surely must pay his average worker 1-2000 a week so $50000 - 100,000 a year. Lets have the facts! Oh, just another lying democrat!