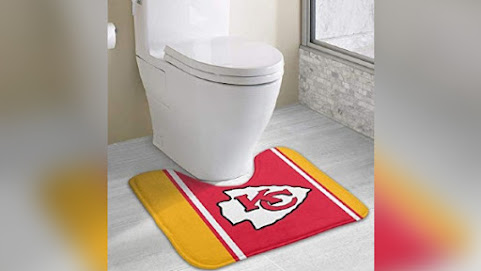 No less than half of local coverage is about the Super Bowl and it makes serious local news readers just a little sad.

And so, we attempt to mix in a few interesting topics along with a litany of fanyboy chatter and human interest schlock . . .

While the Chiefs players were taking in opening night of Super Bowl LIV Monday night, video from a police dash cam had been released by TMZ of former Chiefs running

The Only Democratic Party Debate Of Substance

U.S. Rep. Emanuel Cleaver. Associated Press Rep. Emanuel Cleaver has bet House Speaker Nancy Pelosi a bounty of Kansas City barbecue that the Kansas City Chiefs will beat the San Francisco 49ers in the Super Bowl this Sunday. If the Chiefs win, Pelosi will have to pay Cleaver with a selection of California treats, including Ghirardelli Chocolate, See's Candies, pistachios and walnuts.

The NFL has tightened social media security after hackers launched a wide-ranging attack just days before Super Bowl LIV. A number of NFL teams' Twitter accounts have recently been targeted by hackers, including the Twitter accounts for the Kansas City Chiefs and the San Francisco 49ers, who meet in the Super Bowl in Miami on Sunday.

History will be made at Super Bowl LIV on Sunday in Miami, and it has nothing to do with Patrick Mahomes or Jimmy Garoppolo. For the first time in the 54-year history of the Super Bowl, Sunday's Kansas City Chiefs vs. San Francisco 49ers matchup pits two teams that have red as their primary color.

The Clay County sheriff is using the iconic Patrick Mahomes hay bales near Kearney, Missouri, to remind Chiefs Kingdom to be smart while celebrating the Kansas City Chiefs on Super Bowl Sunday.In a tweet, the Clay County Sheriff said, "Kids, if you want to be larger than life when you

Katie Sowers' childhood passion for football has carried her from Hesston, Kansas, to Miami - and the Super Bowl, where she'll be the first woman to ever coach in the title game.

The Kansas City Chiefs are already the official NFL team for the state of Missouri, but if you need any convincing, just look at the state capitol Friday night in Jefferson City.Gov. Mike Parson has ordered the Missouri State Capitol dome to shine red on Friday evening, in celebration of the Chiefs' first Super Bowl appearance in 50 years.


Mahomes on Kansas City: 'It's somewhere I want to be for the rest of my career.'

Chiefs chairman Clark Hunt said the team's goal is to keep star quarterback Patrick Mahomes in Kansas City for his entire career. And fortunately for Chiefs Kingdom, that's something Mahomes says he wants to do, too."The people are what really drew me to Kansas City," Mahomes said during Wednesday's media opportunity at Super Bowl LIV in Miami.

The Kansas City Chiefs face the San Francisco 49ers in Super Bowl LIV this Sunday. Everything about this game points to a great matchup that could be in doubt until the final whistle - the kind of game that real football fans love to watch.

KANSAS CITY, Mo. - One Kansas City area bar is sending prayers, in a sense, for a Chiefs Super Bowl victory. A Twitter user shared a photo from Dodson's Bar in Waldo with Chiefs-themed prayer candles in preparation for Super Bowl LIV. It is almost time for #SuperBowlLIV and the candles are ready for the @Chiefs win @dodsonsbarwaldo.

WITH AN INSIDE LOOK AT HOW FARMERS ARE PREPARING TO FACE OFF AGAINST THE 49ERS. "WE'VE GOT THE CURDS MADE THIS MORNING SO NOW WE'RE GOING TO PUT THE RED DYE AND THE YELLOW DYE AND LET THAT SOAK IN GOOD TO MAKE IT PRETTY."

KANSAS CITY, Mo. -- Super Bowl Sunday is just days away, which means it's time to start making plans for where you'll watch the game. "It's very exciting. Kind of seeing everybody come together and just like be happy for one big thing, pretty awesome to see in the whole city," John's Big Deck owner Chad Sander said.

BBQ Culture On The Road

If you are a Kansas City Chiefs fan, you know the game doesn't start on the gridiron. It starts at the gate to the parking lot."The tailgating is phenomenal," said KC native Dorinda Kelly. But, members of Chiefs Kingdom may have a tough time in Miami.

MIAMI -- The Kansas City Chiefs haven't been to the Super Bowl in 50 years, but a piece of KC has. KC's own George Toma is working his 54th. On Super Bowl Sunday he'll turn 91 years young and he wouldn't have it any other way. It is the worlds front lawn.

OVERLAND PARK, Kan. -- A Johnson County father is honoring the memory of his son with a sign for his favorite football team: the Kansas City Chiefs. You can find the giant sign outside the Holy Spirit Catholic Church near 103rd Street and Quivira Road with the big white letters spelling, "How bout those Chiefs."

Vox Media has affiliate partnerships. These do not influence editorial content, though Vox Media may earn commissions for products purchased via affiliate links. The Kansas City Chiefs play the San Francisco 49ers this Sunday in Super Bowl LIV. If you're one of those Chiefs fans who has decided to cut the cord, we have just the guide for you.

KANSAS CITY, Mo. - In an argument over whether size matters, Chiefs fans take the cake when it comes to how they watch their beloved football team. Recently, PCMag, a tech publication, surveyed 1,000 fans from the top four football teams in the 2019-20 season: the Chiefs, the Packers, the Titans and the 49ers.

The NFL celebrated its 100th season in 2019, at the same time the Kansas City Chiefs celebrated the franchise's 60th season. To mark these milestones, Chiefs Wire has compiled a list of the top 100 players in Chiefs franchise history. We analyzed franchise records, individual accolades and statistics, and even revisited tales of greatness with unofficial team historians.

Story Of The Game

Joe Horrigan is considered the nation's foremost historian on professional football.He spent 42 years with the Pro Football Hall of Fame in Canton, Ohio. Now, he's written a book about the rise of NFL football. Horrigan knew Chiefs founder Lamar Hunt better than most people."Humble is sometimes an understatement," he said.

just think if there was this level of reporting on tif giveaways?

Just think if locals could get this excited about who runs or is running for city government.

You mean stay out of the zoo, don't you Chimpy? Aww.

Fuck off 1:03, how about you leave if you do in fact live in Kansas City. Move away we don't need your crap around here. You're a leading factor of why this town is swirling down the shitter. Thanks to people like Tony,Dave, Chuck and Tracy and a host of others who aren't afraid to point out the real facts related to things while using their names to do so. What's your name pussy? Who are you to think we even care what you think? Go away pussy, I'm sick of your crap.

^^Blah blah blah...suck it stupor dave! 1:03 is right, you don't live in KC so your opinion about it doesn't matter. Quit telling the residents of this town, who have actual skin in the game, to get get excited for politicians when your punk-ass doesn't even live here. You see the irony in that don't you dummy? Another point, I'm quite sure "Super" dave isn't your real name either. Go find your own town's shitty blog and fuck that one up for change. How about that?

^^^Sorry loser but that is how he is known and his business cards even have that name on them. So you see you're wrong again. Yes we know you're 1:03 as well you're not fooling anyone.

1:50 stop being the stupid one. I notice you sure don't have any issues weighing in about affairs in other towns located around Kansas City Area. So how about you just STFU!

Clever needs to retire. The only positive is that as long as he is in office, it will delay Sly from running for this seat.

Oh Chimpy. You're funny when you think you know something. :)

What did grandpa H.L. Hunt know about the kennedy assassination, and when did he know it?

Or an honest murder count,dont mean to be the downer but this place is a shithole of epic proportions and no end in sight.

^^^The tax on old people making stupid posts on TKC. You better start saving up Grammy.

The roar of the crowd was so great no one heard the sound of taxpayer cash being flushed down the toilet.

Loser of the Cleaver-Pelosi bet should have to commit harikari.