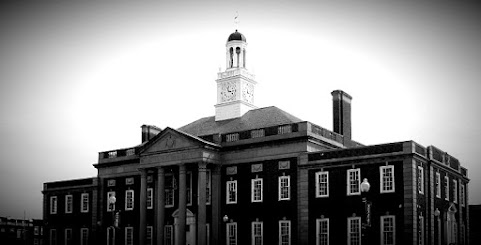 Here's something that most local political denizens can agree upon from Downtown to Midtown . . .

From faulty elevators, to asbestos to broken pipes. The current administration has a lot of problems but might be able to find support in an effort to improve working conditions.

Official word from the County:

KANSAS CITY, Mo. – Today at approximately 12:15 p.m., the Eastern Jackson County Courthouse located at 308 W. Kansas in Independence was evacuated after a carbon monoxide detector sounded on the third floor of the building.

The Independence Fire Department was called to assist, and it was determined that an exhaust line for the boiler on the third floor of the building was not properly venting. Officials took immediate action to ensure the situation was remediated. Air quality testing is currently occurring to ensure the building is safe prior to the building being reoccupied.

The Eastern Jackson County Courthouse in Independence will be closed for the remainder of the day and all court proceedings have been cancelled. The courthouse will be open as normal tomorrow.
###