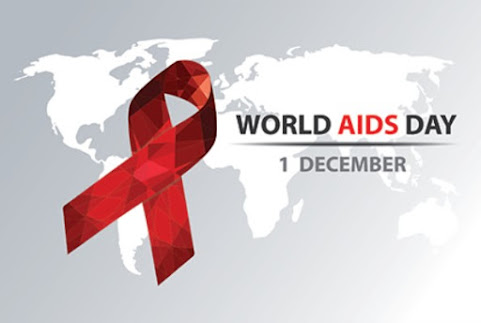 Despite advances in technology and treatment options, HIV/AIDS is still a still one of the most important healthcare concerns in Kansas City.

Most of the local mainstream media ignored World AIDS Day today but the virus is a fact of life that plagues people from every demographic in the metro.

AIDS Walk and their parent group, the AIDS Service Foundation of Greater Kansas City continue their mission after more than 30 years of helping the community.

In the time since the epidemic started, many faith communities have adjusted their view and now offer their services to the afflicted: Prayer for People Living with HIV/AIDS

Tonight, because TKC is the only REAL ALTERNATIVE NEWSISH BASEMENT BLOG OUTLET IN KANSAS CITY . . . We share headlines and info that KC so-called "journalists" passed over so that we can better inform our reader community . . .

Prez Trump Commitment To Win Against The Virus Renewed

The necessary reads to help you reflect this World AIDS Day.

Jordan Eagles, a New York based artist who has been exploring the aesthetics and ethics of blood as an artistic medium since the late 1990s, teamed with the museum for an immersive light installation ruminating on the politics around queer blood.

In honor of World AIDS day today, Tim Cook has taken to Twitter today to tout that Apple has donated $220 million to (RED). The work of (RED) means that "we can achieve an AIDS-free generation," Cook explained. Last year, Apple said that it had donated $200 million to (RED) over the years.


On World AIDS Day, these three big challenges stand in the way of HIV/AIDS research

Of the nearly 38 million people living with the disease worldwide, only about 24.5 million have access to treatment therapies, according to UNAIDS.

Hope For The Future

On Sunday, World AIDS Day, the global fight against the human immunodeficiency virus is poised to make important advances thanks to three experimental HIV vaccines that are entering the final stages of testing at sites across the globe.

As always, thanks for reading this week and we hope to have more for the morning update . . . STAY TUNED!!!