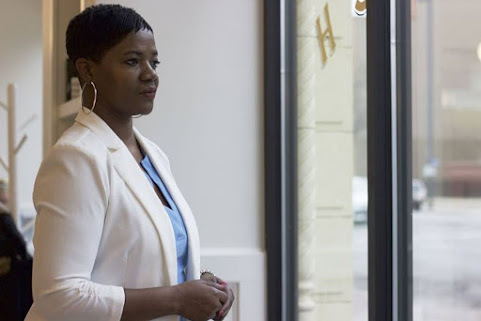 The propaganda from Kansas City media about this weekend's pet project move-in was mostly unchallenged until now.

The new digs were built at a cost of $26-MILLION paid almost completely by City Hall coffers despite promises of private fundraising . . . The pricey project that also threatens to displace urban core workers and has been met with skepticism among those outside the animal lover bubble.

Read her post in its entirety, here's the money line:

Moreover, from checking a great deal of support for her declaration, here's what we can deduce . . .

THERE'S AN INCREDIBLE DIVIDE BETWEEN THE KANSAS CITY URBAN CORE AND THE REST OF THE COMMUNITY OVER PET PROJECT AND ANIMAL CONTROL FUNDING!!!

This goes beyond mere cultural differences.

KC Pet Project has an abysmal minority hiring record and, again, they're looking to displace a mostly Black Animal Control workforce this year. Insult to injury: These are mostly white ladies claiming a lot of decent KCMO jobs via privatization.

However, it would be unfair to discount the complaints of Ms. Riley simply as a diversity issue. She's a very deeply religious person with a nuanced understanding of the local political scene. She lost a son to KCMO violence and continues to advocate for victims of violent crime. This year she worked to include Conservatives in her recent council campaign and offered a very rare and notable 3rd District Meets Right Wing interview this year with talker Pete Mundo.

THE KC ACTIVIST REMINDS LOCALS THAT DOGS & CATS AREN'T GOING TO HEAVEN AS SHE ADVOCATES FOR MORE CONCERN FOR HUMANKIND!!!

To be fair, there are plenty of animal rights activists who do, in fact, have their priorities in order with it comes to "people first" but this massive spending remains hard to defend and runs contrary to GO Bond election promises that included millions more of private financing.

Now, KCMO is stuck with an EPIC bill for the care of animals when the cash could help so many people struggling on local streets.

All dogs don't go to Heaven? That's a shame.

26 million for cages? Once again KC was ripped. The real crime here was the no bid contract.

2019 = The year dogs and developers took most of KC's money.


Ah there we go that explains all of it.

It's true. White people in KCMO have moral principles akin to South African diamond miners or heroin dealers. They'll happily destroy the entire city and working class industries to make a $. They don't care about anything except short term $ gains for themselves.

It's not even close. Not within a light year. Dogs are far more valuable than black people. Blacks are a net, net, net negative that damage, destroy and ruin everything they touch.

Pets are wonderful companions and best friends, plus, they don't rape and murder your grandmother when she goes outside to get the morning paper.

The truth is, we would be a lot better off, if we spent zero on bullshit give a ways for blacks that have prove time and time again, to be money down the crapper and built nice shelters for pets in every neighborhood.

What would you like in your neighborhood Mr. Rogers, Section 8 housing full of scumbag, violent blacks or a nice Wayside Waifs.

^^^ Tldr. Nobody cares what the trailer park thinks. Sorry. There are people with real standing in the community who matter more than your garbage comment. I'm glad you have an opinion but it's inconsequential and easily discounted. Does not merit much consideration. You Failed again. Just like your life. Think about it.

Too much money for KC to take on. Why won't Tori talk about what she owes?

^^^ The truth hurts. Pissing away money on black people is a 65 year old loser, just like you.

Dogs and cats can't take care of themselves. Human adults should be able to. There are lots of good things to do with public money other than keep spongers sponging.

Dogs or people--this is a false choice. This city can afford to treat both well. Perhaps we might want want to consider dogs or developers... or dogs or streetcars... or dogs or bike lanes no one uses... or... ?

9:23 Took time out from checking the balance on his SNAP to inform us that we are all racists.

We are sure as hell headed that way.

White people should be just as racist as blacks and because we are soon to be in the minority, we should tax the hell out of the new demographics for free shit for whitey.

Mooslems are just as bad.

This is another prime example of the blacks ruining everything they touch, black people are responsible for all the dogs and cats roaming the streets and this is a consequence of their actions. Ms Riley only cares about her cut of the re-distributed tax money that goes to her bank account through this project. If you think that cheap ass building cost $26 million plus dollars then you are definitely a product of kcps. When will you people wake up and see the money laundering scams going on in this city and country? It’s time to put an end to the outright misuse and stealing of taxpayer money.

How do we allow Sly James to use our tax Dollars to provide:

That would have been more honest and credible.


"Community Activist"...oh..like Barry's job ..before his handlers scammed his way into politics..

Sure, piss more money into 18th & Vine, that'll help the Minority Community so damn much!

And piss more money into the myriad "Community Non-Violence" charades, they've been so effective on reducing Crime!

And piss more money into subsidizing businesses (owned by carefully selected individuals) on the East Side, but don't dare question the likelihood of any of them succeeding (you damned Racist)!

But don't you dare spend a dime on the helpless animals we dump on the streets, that wouldn't be the "Christian" thing to do!

Black people always get pissed when you don't spend all the money on them. Least dogs and cats don't tear up the places you build for them like those black people do.

Riley's right, $35 million would build yet another subsidized Grocery Store two or three blocks from the ones KC's already built and paid for, and with that much cash, the City could probably prop the new Store up for at least two years.


Rachel is a funny lady. Rachel you never learn do you, and it's right in front of your face!

Plenty of room if those worthless pit bulls are put under day one.

Screw this crap - let's ask something important!
When are City crews going to restore the Paseo's Street Signs?
That's what matters!

The important question is....Why does every city project cost 10X what a reasonable person would expect to pay?

2.6 MM should build a fine animal shelter with about 2MM left over.

She is 100 percent right
Local government is responsible for taking care of their city services. If you have a city that cant even fill potholes let alone having crime infested neighbourhood, then your city government is a total failure

@Rachel Riley ,
The benefits of spending money on helpless pets vs on the black community are numerous. For starters, all pets being processed through the shelter will be spayed or neutered, unlike the countless “ baby mommas,” and “baby daddys” who breed like rabbits for decades to perpetuate the poverty situation. Animals, especially pets, provide a variety of services to earn their keep, from love and companionship to acting as guides and therapy pets. Pets are grateful for any kindness shown to them and don’t complain that it’s never enough. The list could go on, but hopefully this gives you some insight.

99% of those stupid dogs are pitbulls and should be put down......of course we know who likes to abandon pitbulls.

Go to the East Side. If you are not angry and frustrated at the poor facilities and infrastructure and the lack of public services, something is wrong with you. This woman is right, even though she may be blaming the wrong people.

3:20 are you effing high or something? I work and drive through the hood daily so I don’t see where you’re talking about lack of city services, streets get paved every 5-7 years, there’s always water and sewer projects going on and has been for years now, streets are always cleared when there’s a snow and trash is picked up when it should be, now with that said, it’s not the the city’s fault that those people dump trash every where, have hundreds of abandoned disabled cars every where and it sure as hell isnt anybody’s fault but their own if they don’t take care of their home. Get outta here with you’re b.s., we all know better.

Rachael is absolutely right. But she needs to go further. KC Pet Project has not lived up to their commitments. They are fleecing KCMO.

You can't pretend to care about accountability to taxpayers and not call out this ripoff!

Why not, 5:35? Look at Carwash Cleaver and Frank White’s “fiduciary pasts” and yet JaCoMo/KCMO keep voting for them? If the county/city leaders are leading by example like that, what do you expect?

And of course there's Agent Orange who cheated his vendors and declared bankruptcy six or seven times. That didn't keep him from becoming leader of the free world.

^^^^And yet so were Hitler, Mussolini, and Stalin. All more important than I'll ever be! Weird.