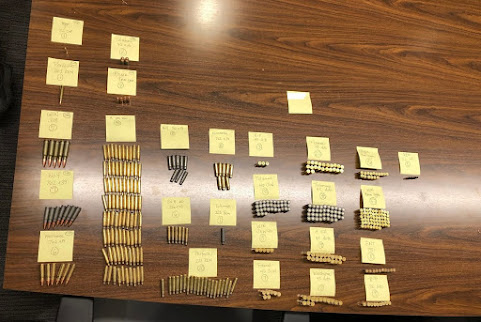 Celebratory gunfire has sparked tragedy throughout Kansas City history and this year there's a traditional effort from authorities and media to advise against the practice.

Fox4: KCPD urging people to refrain from shooting guns into the air on New Year’s Eve

Police say celebratory gunfire has killed and injured children, damaged vehicles, roofs and other property in the past.

From 6 p.m. Dec. 31, 2018, to 6 a.m. Jan. 1, 2019, KCPD says they received 301 calls to 911 about the sound of gun shots. Police took multiple reports on Jan. 1 of property damage to parked vehicles that had been struck by celebratory gunfire, including shattered windshields.

“Any one of those hundreds of bullets fired into the air was capable of killing someone,” the department said.

Nevertheless, the illicit practice is likely to continue despite repeated warnings and heartbreaking tragedy.

Celebratory gunfire is a tradition that defies demographic explanation but mostly serves as a male-dominated display of bravado from dudes lacking in their own "firepower" yet willing to compensate in a public and dangerous way for their own shortcomings.

DO YOU LIVE NEAR D-BAGS WHO CELEBRATE NYE WITH CELEBRATORY GUNFIRE AND WILL ANYTHING DISCOURAGE THEM?!?!

Again, from Eastside to Westside, Meth Town and our rural neighbors in the Northland . . . Celebratory gunfire is a tragic Midwest tradition that endures beyond reasonable explanation.

Suggestions are appreciated for the public trust given that stopping gunfire of any sorts has proven to be an elusive goal for this cowtwon.

KC is full of irresponsible gun owners. This is an example of why more regulations should be put on firearm ownership.

^^^ Possibly but that's a fantasy. Never will happen at the State level in Missouri or Kansas. Only at the federal level and very unlikely without total Democratic Control of both houses and the Presidency.

@6:18 Who do you think fires the guns you stupid idiot it's YOU the dirty democrats. Total democratic control means criminals have guns and law abiding people don't. Oh and don't know where you have been but it was the republicans who just put more restrictions on gun control, but mindless morons like yourself don't see that do you?

Fire into the ground !!!

Most of this takes place in the shithole ghetto. New laws? It is already against the law, dipshit.

Make sure you are in your mother's basement so you don't shit on yourself at midnight.

This shooting guns happened on Sunday after chiefs game was over. Don't get it with idiots.

While you are out doing your Holiday scenic drive, Remember that KCK is the best place to see Holiday Gunfire. Make sure you bundle up and be early, as Central Avenue can get very crowded during this festive time.

I have a 12 gauge I shoot up in the air where nothing is, my neighbors get together and each of fire a few blasts into the midnight sky in celebration.

We pass around a bottle of schnapps and yell and holler, all in the city limits.

We got away with it every year and will continue to do so.

You fuck your sister, too. You are a loser in aspect of your life. 8:24 I don’t hate them, I dislike them.

watch the youtube videos of people dropping dead after being hit by celebatory bullets returning to earth. many clips from other countries where its accepted by authorities. They just drop dead amoungst their friends. Scary.

I do what I want and if you dont like it, you can blow me.

They shoot off guns every other night of the year so I don't seen to understand why the KCPD is getting their panties in a twist over just tonight.

Hasn't this already been disproved by those queers at mythbusters? A billed fired into the air is only dangerous if fired at an angle. If you fire at 90 degrees to the ground, its fall is virtually harmless. This is the same bullshit lies that people believed back in the day when it was thought a penny dropped off a skyscraper would penetrate a skull. See "terminal velocity" you fucking loons.

Keep in mind either 5 or 6 murders by midnight to set a new record. Our hood rats can do it.

Funny how the liberals never squawk about the daily gunfire and murders in Kansas City but get all agitated if someone shoots their shotgun in the air to celebrate New Year's Eve. Liberals, loose the spandex on your bicycle shorts to relieve your hatred of those who like to celebrate and have fun on New Year's Eve. Maybe your best friend Alexis can soothe you during New Year's Eve you liberal losers.

If you are a fucking thin-skinned pathetic pussy bitch or an infant maybe. How about you stop worrying about falling bullets so much and put one into your own forehead, faggot?

Faggots, please. Is this that big of a deal that you feels it necessary to call names and insult people?

Shut your cock wallet, ya queer!

My neighbors are all white, so no.

Can't you He-men and Homos get along? You both are only concerned with firing wads not bullets, just at different targets. Some of you He-men protest a little too much. Makes you seem like you are fighting off the urge to have your fudge packed to see what's the big deal. Hell guys, hug, shake whatever and move on.

1:00 PM You sound like a great person to be around. Probably a bad MF about 4'10", have to stand on a stool to look through the mail slot. You could shoot at your head all day and never hit a major organ. Need to chill peewee.

1:13 is a huge loser for sure maybe a bullet will land on his head and save the taxpayers thousands in welfare payouts.