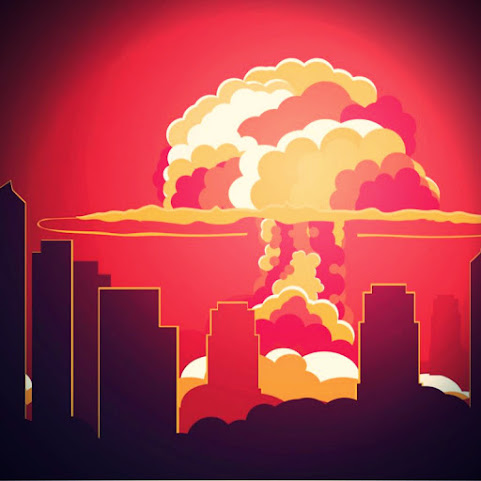 From the mayor's office to the City Council . . . It's an open secret that Kansas City leaders want to make history with the selection of an African-American female for the job of City Manager.

The choice of an African-American lady would be "transformative" and break demographic and gender norms for the top management position at City Hall according to supporters of the move.

ALREADY A WELL-QUALIFIED WHITE CANDIDATE HAS STARTED TO PREP A RACIAL BIAS LAWSUIT AGAINST CITY HALL OVER THE ALLEGED DISCRIMINATION!!!

The candidate was already passed over for interim position amid the recent selection of Ernest Rouse. The upcoming lawsuit comes out of desperation as quotas, allegations of bias against  many white workers and overall discontent has risen over the past few years in local municipal government. Background: 12th & Oak workers from diverse backgrounds have earned settlements worth millions whilst challenging haphazard KCMO hiring practices.

On the topic of the current nationwide search for a new KCMO City Manager: Here's a resolution regarding the nationwide headhunting:

"The search firm shall, to the extent legally permitted, endeavor to obtain applicants from a diverse set of backgrounds"

That would be nice but it's not correct and it ain't gonna happen that way.

THE FIX IS IN, KANSAS CITY LEADERS DEMAND THE FIRST AFRICAN-AMERICAN LADY CITY MANAGER DESPITE THE THREAT OF BIAS CLAIMS FROM COMPETING CANDIDATES!!!

And so, this racially charged discussion will be one of many divisive Kansas City topics in 2020 as the selection process for the new City Manager becomes an important power struggle betwixt the Council vs. New Mayor Quinton Lucas.

More lazy white making the "diversity" game work for them. can't say I blame them.

But always remember, Diversity Is Our Strength !

Here's what you don't understand TKC. This kind of complaint might make headlines and supply fodder for chat but it would get thrown out of court in a minute. We live in a nation where affirmative action is still the law of the land and courts have consistently supported those efforts.

I know, it probably won't get that far and city legal never met a lawsuit they didn't want to settle without a fight. But I think the public in general should know that so many of these human resources complaints are frivolous at best.

Nice to see a few people who know their stuff for a change.

Just a black lady?
How about putting Xs in more of the politically correct, diversity, and identity politics boxes and look for a bi-racial, black, transgender, woman who will place climate change at the top of the KCMO city government agenda?
Let's not miss a chance of being a "cutting-edge leader" in city government.
And, as usual, competence and a proven track record are not requirements.
So come on down!

the great MLK said said to judge people on the "content of their character, not the color of their skin."

The Democrat Affirmative Action scam does just the opposite.

Nothing screams "pussy!" quite like a white man claiming he's being racially, & sexually discriminated against.

I think all white non homosexual men should sue the living fuck out of KCMO.

Nothing screams "pussy" like a man that won't work and scams disability.

Can’t we just gibs some fat unqualified black woman candidate an Escalade and a gift certificate to Lane Bryant and call it good.

Nothing screams “pussy!” quite like a white retarded man fraudulently claiming disability, to live on government welfare.

"Nice to see a few people who know their stuff for a change."

Why? what blog were you reading?

@ 11:00 I think you mean black retarded man still living on the dream to keep blacks on the plantation. It's called LBJ's war on poverty and most blacks fall for it still today.

Isn't it so funny how blacks can play the race card but let a white person scream discrimination and it's a whole other story. Don't like white people????? You're free to GO.

To many government positions now are being filled based on first time or totally diversity over qualifications.

What ever happened to hiring the best person for the job? Who cares what they look like? Just get someone in there that will do the best job for the city. This is an important job. Hiring the wrong person has the potential for disaster.

white liberals apparently don't care what they are doing to their sons by supporting such nonsense as affirmative action.

Not sure exactly what it will take, but this may be just the thing to push the Northland into a De-Annexation movement!

It would be interesting to see how KCMO looks without 1/2 its Area, without 1/3 of its Population and without 68% of its E-Tax Revenue.

12:29 fuck off you liberal flake. You are plain to see not qualified to make a decent comment.

The current Jackson County assessor may become available at any moment.
And apparently she meets all of the requirements.
Which is to say, the ONLY requirement.
You really can't make this stuff up.

Didn't a lady lawyer have a suit against the city when she...a HOT white woman I must say...was passed over for a municipal judge position a few years back? Hell, she got a least a couple of million bucks! This is AT LEAST that big.

@1:12, which one do you call "Off", your Wife or your Daughter?
Either way, I already have, Pops!
You know what they say, "While the Cat's at Missie Bs, the Birds will Play"!
BTW, you're out of Wild Turkey.

Please sue the hell out of this racist city government!

Years ago E. Thomas McClanahan wrote an editorial about the KCSD. It was about how so many people in the district didn't deserve the position they had and only had it because they were black and/or who they were related to. Because of these unqualified people filling hundreds of jobs the district was a disaster. Now, I never liked McClanahan. I disagreed with almost everything he said but he was right about this. You know how right he was? When I read this I thought he ended his career. White people can't say that about black people and get away with it. You know what happened to him? Nothing. It does no organization any good to not hire the best person they can. Hiring a person just because they're black will make the good employees leave and the shit ones stay. In short order the entire well will be poisoned.

"affirmative action is still the law of the land"

Bullshit. It is illegal to hire on the basis of race like this article suggests is about to happen.

It shall be an unlawful employment practice for an employer -

(1) to fail or refuse to hire or to discharge any individual, or otherwise to discriminate against any individual with respect to his compensation, terms, conditions, or privileges of employment, because of such individual’s race, color, religion, sex, or national origin; or

(2) to limit, segregate, or classify his employees or applicants for employment in any way which would deprive or tend to deprive any individual of employment opportunities or otherwise adversely affect his status as an employee, because of such individual’s race, color, religion, sex, or national origin.

Who is the broad they want to install?

Kansas city doesn't have the luxury of playing identity politics with such an important position as city manager. The citizens would best be served by selecting the most qualified candidate, not the most blackest, most female. If the most qualified is a black female, so be it.


just appoint a well-qualified White dude who "self-identifies" as a black chick.

And this is how kc cracks the top 25 least livable cities list....

What does a fucking KCMO city manager do? They don't run a city. They spend all their time outsourcing city services to slop third rate contractors.

That was Schultes specialty

^^^^ um, the city manager does run the city dummy

They're too busy feeding at the public trough for that. Did you not just hear about and see the City Council gift them nearly 100 million dollars to move their execs across state line. This was much easier than suing and required zero evidence of jobs or sustainability. Shut the fuck up! White people are the largest feeders at the public trough. The problem is they want it all to themselves.

It might be illegal but KCMO does it ALL the damn time. They don’t care that it’s illegal. When they want a black employee in a position or think there are too many whites in a division, they hire blacks, no matter what their qualifications are or are not. Usually are not.

Sounds good in theory but incompetent black females are flourishing under Mayor Selfie. The new head of General Services is a perfect example.

I nominate Cheeptoo. And give her back the Escalade.

Isn't that the way we elected Obama? Same Theory! Wow that was One BIG A$$ Mistake....