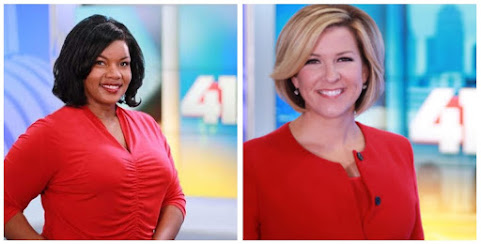 There's a "tale of two cities" in the Kansas City media scene and this blog is one of the few places where Black & white worlds collide.

Scratch that . . . The cowtown media market is hopelessly segmented into a vast array of different bubbles from ethnic publications, hobbyist meetup pages to International social media groups that regularly cross borders. AND SO, because this blog is home to all manner of slap-fighting in the company a of bunch of rude dorks . . . We have created our own gossipy JOURNALISTIC niche that meets at the crossroads of captivating reporting , snark and local Internets hotness.

Lisa Benson won a discrimination case against NBC 41 Action News earlier this year but still seems salty about her experience at the station given her online postings.

News anchor Christa Dubill called it quits at 41 this week and she was content to say nice things and earn accolades from her legion of middle-class housewife fans.

However, just days before her announcement, Lisa Benson shared some cutting comments regarding Ms. Dubill.

The source of the discontent seems to be a controversial article about "white tears" from women in the workplace shared by Ms. Benson before her eventual exit.

Referencing her discrimination complaint, Ms. Benson called out Ms. Dubill in a post that's still public at the time of this writing:

"Christa Dubill told the jurors, that part of the reason she was so offended by the “White Tears” article was because she “knew” white women at the station who had cried after interacting with me . . ."

"I was surprised to learn that @KSHB-TV conducted a full on-camera interview with Dr. Carpenter about the event and the importance of equity in education..." 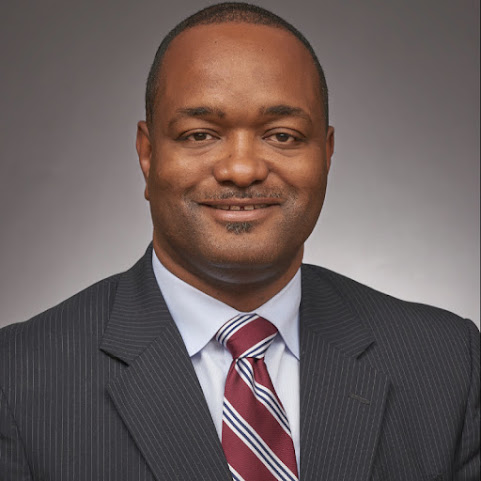 "(@KSHB-TV) chose NOT to use the interview or cover the event allegedly because he too believes @41ActionNews should be be held accountable for retaliation and the racial disparities that still exist within the company."

"Why is it possible for MAIN ANCHOR Christa Dubill on TV to send an email calling for my firing over sharing a “White Tears” article on Facebook, and get what she wanted. But ANOTHER 41 ANCHOR can’t advocate for a story about racial equity in Kansas City area schools and get coverage for the event? Why isn’t the event itself news worthy?"

"I wonder if bias in the media and the pyramid of white solidarity in top level management at KSHB-TV is a factor? (past & present leadership)"

Again, less than a week later 41 Anchor Christa Dubill stepped down citing her hope to spend more time with her family.

“I am grateful to station management and my co-workers who worked hard to accommodate my work-life balance, but at the end of the day, this is the right decision for me and my family right now.”

In the aftermath of the resignation, several of Ms. Benson's social media friends have sent public messages of support for her plight and used the #Boycott41 tag which Ms. Benson has spoken about off and on since her departure from the station.

And so we ask an important question as this local news station seems to be clearing out workers amid rising divisiveness. 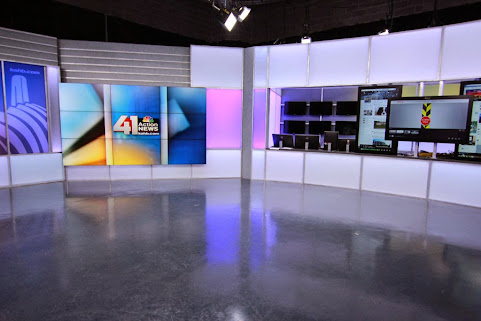 DID THE #BOYCOTT41 MOVEMENT AND SOCIAL MEDIA CRITICISM FROM LISA BENSON FORCE OUT CHRISTA DUBILL?!?

What we know for sure is that supporters of Ms. Benson are glad to see Ms. Dubill off the air but many local news watchers are blissfully unaware of the behind the scenes drama and racially charged animosity igniting tempers among journalists in the Kansas City news scene.

But I think it's important because this kind of thing happens in the work place all along. I bet if you dig even deeper this is probably a personal argument. The racial stuff is disheartening but it genuinely seems like Benson doesn't like Dubill. They were never going to work well together.

This blog post is important if only because it reminds you never to use the company email.

Better tittle for ya, T. Karen under attack.

Don't look forward to the comments on this but I think that news stations need to focus on mediation rather than trying to have inexperienced news room staff attempt to sort out racial issues.

TV news? Glad to see they're still doing it. Most people are just checking social media for their news.

Ms. Benson will be spending a lot of time with her family just like Christa, because Ms. Benson will have trouble ever getting another real job. Ms. Benson will find herself sitting on her fat ass, getting even more fat and having more self pity.

Question. Why did they hire her in the first place....

White racist women should be forced put. Social media did its job. These bitches think their shit dont stink and they are mostly free to mistreat people without recourse. Karma came through... she probably did much worse and quitting before discovered was probably in her best interest.

So, Ms. Benson appears to see a Klansmen in every corner? Anybody who would support that ex-superintendent can eat a bag of dicks. His track record speaks for itself.

You've gotta ask yourself, how many times has a qualified black person NOT been hired because of the simple fact others have filed racial discrimination lawsuits and no one wants to invite the possibility of having to deal with that?

If Colin Kaepernick had a sister it would be Lisa Benson.....

Christa has a real nice set of tits.

There was a Boycott? Who knew?
Did Channel 41 cover it?
They're the best local news, don't waste airtime on any of that inconsequential Black crap.

^ What language are you speaking?

I just check my social media for likes and status updates on me and my friends.

If either of these people were anywhere near as good reporters as they are self-absorbed drama queens, KSHB might actually be a pretty decent TV station.NONE of them are actual reporters.
They are teleprompter readers.
And most of them somehow think they're big-time celebrities.
They're not that either.
No one in the metro will even remember either of them within a couple months.

Oh, wouldn't say that 12:01 about forgetting them. Bring back kctv5 Karen Fuller, she was hot!

If either of them were any good, they wouldn't be in the tiny KC market

I will remember Christa’s titties.

Christa has some nice felonious flapjacks!

TOP PHOTO -- OF TWITS AND TWATS

Actions of people affirming again and again: white or black, caucasian or negro, Anglo-whatever or African-whatever, statistically and via people's own experience life: is a difference goes beyond pigmentation.

The world - good vs evil, us vs them, what is yours should be mine, red (Chiefs) vs black (Raider); think of all the little multi-colored M&M's happily co-existing in the same bag, fated together meet a similar end.


Remiss in not having embraced the modern-day one-size fits all crutch and standby - racism - a lyrical twist set to the music an popular soft drink jingle 'You're a Pepper' (hit it Dr.)


Who and what isn't racist, another's perspective isn't same as yours? Will always be the case, never change. How we process/react, what defines us.

Lisa is a big fat slut that nobody wanted to see on tv or in real life, she was worthless and is lucky she got any money at all.

I don't know about the black white thing but I do know that Dubill seemed to be much more proficient in delivering the news.

You are IGNORANT. Shows how much you know. Lisa Benson is far from having self pity & as for her getting a real job she currently makes more money with her new employer. Works less hours and makes more money. And by the way nothing is wrong with having a fat ass. A fat ass is better then a flat one :-)

Why did your mother birth you LMBO

Good luck MS Dubill with whatever it is ur going to do and a, all that stuff and .....

But Christine Craft was ugly, Eckerman was a bitch, Breit was an ugly bitch, and Antonia was an annoying little troll.

Maybe the problem is all the gay white men that run the show at KSHB?

Ohh Brother to much gooseliver....

Issues at KSHB run much deeper than these 2 women. Scripps needs to really look at how this place is run. Multiple racially motivated lawsuits, what appears to be biased reporting assignments. They do still have a good product, which I consume daily.