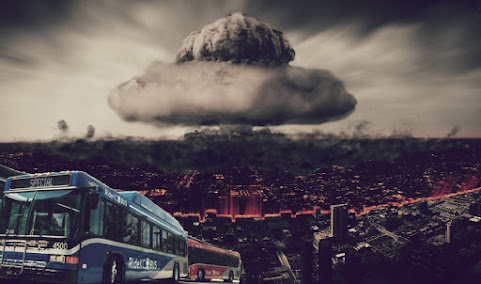 Kansas City's move toward free bus rides has been greeted with celebration and optimism among local progressives and transit activists across the nation but INSIDER REPORTS AND DATA DELIVERED TO CITY HALL disclose a far more perilous story.

Violent attacks near bus stops and shooting have long been a concern of transit officials kept silent as to not frighten locals.

Still, even a quick Internets search will reveal a litany of gunfire, beatings and violent altercations involving Kansas City buses.

For instance, today bus advocates tout the new $56 million Prospect MAX line that will host free rides for passengers for the next 90 days. Meanwhile, the murder of a Kansas City father gunned down in the early morning hours at a bus stop along Prospect remains unsolved and is just one of many violent and deadly incidents along that route.

Another example: Not so long ago, action video of a gunman pouring bullets into the KC Metro made national news. 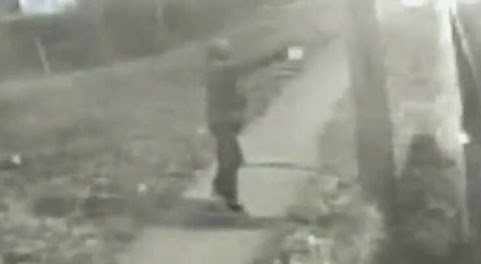 Accordingly, here's FIRST WORD about the situation according to a TOP ECHELON INSIDER speaking on the topic of report quickly making it's way to 12th Oak . . .

"Even a nominal fee keeps some of the criminal element away from the buses along with those with mental health issues who might be prone to violence. Unfairly or not, we rely on drivers to enforce fees as a means of offering some form of security for passengers even at great peril to themselves. The fares help to maintain order on the bus lines and offer a means of investment in transit for low-income riders who pay for the service that includes some considerations for their safety. Eliminating the fees strips away this low-cost opt-in for stakeholders. Essentially, low-income workers under the proposed new system won't have any more rights than criminals and violent offenders getting free access to this service. Again, the fee might not seem like a lot of money to most residents but still serves as a viable contribution and efficient means of passenger screening."

"We agree that free transit service can have a transformative impact on Kansas City but not without specific steps to ensure the the safety of riders, drivers and residents along many stops throughout our metro."

HOW WILL KANSAS CITY WORK TO INSURE PUBLIC SAFETY NOW THAT FREE BUS RIDES WILL ALLOW ALL RIDERS ABOARD?!?

To give a sense of scale to this public safety dilemma, remember that local bus service starting in KCMO covers around 398 square miles in seven counties with an average weekday ridership of around 60,000 people on more than 330 vehicles.

Securing FREE transit on a scale this massive is clearly AN ADDITIONAL COST NOT FACTORED INTO THE FREE RIDE EQUATION now that fares might be eliminated and the dynamic of the service is fundamentally changing.

there's only one councilman who pretends to take the bus on days when he's not in a hurry. Most of them don't know anything about riding the bus. The clueless council just made life more miserable for working people, not better.

Free = Better. That's why everybody want to eat at soup kitchens. Right?

^^^ Okay boomer? don't get carried away with yourself.

Think outside the box mayor Lucas!

Maybe an e-tax credit for bus fares would be a better idea. The people who buy year round passes get to deduct the amount from their earnings tax. That we they are refunded but still have to make an initial investment.

Council turned free bus rides into a free for all.

Wouldn't it be exiting if, just once, someone at City Hall would say, "Sorry, we don't have the money."

Ohhhhhhh! The buses might get more dangerous if they're free! Ohhhhhhh! Scary! People might shoot at buses. People might get into fights on buses. Oh! I just remembered. That already happens--just about as often as a passenger gets assaulted on an Uber ride.

10:52 said it best--get over yourself. The world is changing.

I bet your faggot ass never boarded a bus,yes the world is changing and hopefully you're one of the changes that need to disappear

Ready!
Fire!
Aim!
The clown show strikes again!
Unintended consequences?
Why didn't we think of that?
It never changes.

Get a Grip, Matlock--you'd lose that bet, but you're a loser, so you're used to it. And the feeling is mutual, so go away.

The Mayor was told these issues months ago and continued on with this fiasco. The City wouldn't control the corners at major intersections, they are going to lose control of the busses.

Oh Chimpy. Please find a different channel to watch in the zoo!

HOW WILL KANSAS CITY WORK TO INSURE PUBLIC SAFETY NOW THAT FREE BUS RIDES WILL ALLOW ALL RIDERS ABOARD?!?

It's ENSURE, YOU FUCKING MORON

Yes, giving to Urbans almost always ends in violence. Its a free for all now...take cover.

Byron, don’t forget you are a retard. Most people don’t read your comments because retards don’t make any sense.

Taxpayers in Red Bridge are gonna just love this!!!!

So "free" buses and hiring private security officers and more KCPD cops, and adding to police overtime.
Genius!
Only at 12th and Oak (and the JaCo courthouse) is it possible to make believe that arithmetic doesn't count.
It's "only" $8 million.
And counting.

it will make the bus less reliable from a schedule standpoint to be free. the idea of using it to get to work reliably ... out the window. plus there will already be two bikes on the rack when the bus pulls up to my stop so I'm out of luck. what I want is for the bus to be free for me but a fare for all others LOL.

people who actually ride the bus will notice that this bus fare for free idea is not from people who depend on the bus and a actually ride it. it will increase the incidents of lunatics and just socially atrocious situations mixing it up with bus people. the drivers may like the idea of not having to deal with a fare box, true, I guess i don't know what their position is not he idea of free fares or if the drivers were even consulted. but I have to think the drivers will be more busy with passengers and especially since the bus is free people will just use it to get out of the elements or just why the hell not, a place to be or something to do.

KCATA should not be an economic development agency.

KCATA should not spend over $50 million on turning the 71 route into the prospect max.

Thanks, radish has spoken.

They very well could have implemented a program where you pay...say $30 a month and then at the end of the month get it refunded via tax refund or just refund the money back every month or something. Hell, make it a dollar a ride and you get a receipt and fill out a form online and get another ride credit or cash back through an app or something. This would have ensured some level of gatekeeping while still keeping it free. Because yes this is a lot more dangerous now and bus drivers should strike

Tell me what the knee grows get for free that doesn’t require white people to pay for?

KCMO wins title to become the first city in the U.S. to achieve Idiocracy

12:41: "Insure" and "ensure" are used interchangeably under some circumstances. As in "insure domestic tranquility."

You people are too stupid to see what's going on here. This is being cooked up behind the scenes by MoDOT so that the buses will become overcrowded and dangerous so that more people go out and buy cars. Then those people have to get them licensed then start pumping gas into them = more taxes to MoDOT and their Mizzou-indoctrinated bureaucrats.

Wow! So free bus rides will result in more cars and highways? It's a capitalist concrete maker and car company plot!

Jackson County is paying a former employee $727,000 to drop the lawsuit he filed after he was laid off after refusing an order to spend taxpayer money illegally.

Not only would it be exciting but it would be prudent and also the truth.

What’s wrong Byron? Did you already spend the disability check you scammed from the gubmint and you’re out of dough until next month? Get a job!

Why do you think that Trump and the Republicans are successful and will very likely be successful in 2020?
You do not have to look further than Clever, James, Reed(MBA), and White.
The Democrats need to see and deal with the corruption and utter incompetence of these officials and need to deal with it.

The problem is that no politician ever thinks beyond level one. Free bus fares are good. They never get to the level two problems that have been consistently pointed out by previous attempts at free bus fares.