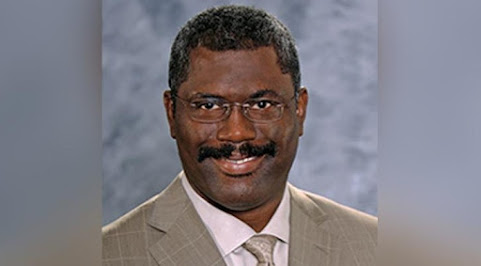 Once again OUR KICK-ASS BLOG COMMUNITY broke this news FIRST and now insiders offer a perspective and INFO that other local outlets have kept silent.

INSIDERS FEAR THE EARNEST ROUSE EPIC LEGACY OF FAIL AS HE TAKES INTERIM CONTROL OF THE CITY MANAGER'S OFFICE!!!

Round-up: Earnest Rouse, becomes the third African American to serve as city manager, has served as assistant city manager and director of general services for KCMO since 2011.

Now, for the record and hidden deep in the archives at 12th & Oak. Here's some of his handiwork as a city hall department head:

"The General Services Department made payment errors which should have been caught during the review and approval process. Vendors were paid twice for the same invoice, wrong vendors were paid, and taxes were paid. Incorrect payments waste city resources.

"The timeliness of General Services payments has declined and some payments have been late. Vendors’ and General Services’ actions have caused payment delays. Vendors sent invoices to the wrong locations and/or did not include a purchase order number on their invoices. General Services employees did not approve vouchers or resolve match exceptions timely, and did not know how to enter requisitions correctly. In addition, General Services divisions did not create receivers, create change orders, or forward copies of invoices soon enough to ensure timely payments."

"The department paid more for goods and services than necessary. Discounts were lost because pay terms were incorrect or payments were not made within the discount period. Some invoices were paid too soon because staff selected “due now” rather than entering the due date from the invoices. Late fees were incurred when payments were not made on time."

Here's the word from KC Insiders highlighted over all . . .

"The guy is a disaster and doesn't seem to want the job. That's understandable because he's also totally unqualified for it. There were other candidates better suited for the interim position but, as usual, politics was a big part of the decision. The Mayor was sending a message with this selection and that isn't lost on those of us who have had to deal with this kind of incompetence year after year."

As always and in fairness, we offer an opposing statement from Mayor Lucas:

“Mr. Rouse understands fiscal responsibility, our core mission to deliver basic services for our residents, and is known throughout the organization as a strong, experienced mentor, leader and supervisor,” said Mayor Lucas. “Mr. Rouse – who has served the past 30 years in a variety of roles and departments within the Kansas City government – will bring important perspective to the city manager’s office as we work to make Kansas City a quality, safe, and affordable place to live for all.”

The vote to approve is likely, however . . . This post stands as a warning as the selection process becomes even more heated behind the scenes.

He hasn't updated his city hall picture in 20 years. This is another broken promise from Lucas. Playing the same old game at city hall.

Will the vote be unanimous? I sure hope not. Our council people shouldn't all be rubber stamps. Show some backbone!

Better titles for you T:

Not so Earnest with your money.

More incompetent than his predecessor Troy Schulte? Now THAT is saying something!

Is that the best photo they had? Looks like a pedo head shot right before the perp walk.

Get a better sense of humor. Pretty sure you look like wet, lumpy poo poo @2:23.

Incompetence and failure in what passes for KCMO local "politics" and government are learning experiences.

Unfortunately, they're not opportunities to do better the next time.

They're chances to fail again and again for the same reasons as you get promoted and "move on up" in the celebrity politico hierarchy.

Send this guy back to the basement at the hall. He's not ready for main stage.

Wow, is this English?

Oh Chimpy. So bored in the zoo! Lol


Wow is this for real? How is this guy even considered to do anything outside of cleaning a toilet. Typical black democrat. Just like 2:27 and that ignorance.

^^I don't now Maude..how are you? I mean at least he works. You? You're here all day shitting yourself silly! More people like him...less like YOU!

Sounds like he's got the perfect resume for the job.

Quinton Lickass has been a total failure as mayor so far.

Chimp-en-stein, you don't know anything about being human. And, you've no idea what work is. You just monkeyshine around in that cage for free bananas everyday, you silly bum.

No, Rouse doesn’t work. He doesn’t put in a full day any day. He neglects his duties. He takes credit for anyone else’s work if there is a success he can tack his name onto. Lazy as can be. Meet your new acting city manager.

Earnest looks like a freeloader, which is probably why Quinton likes him. Quinton is 100% affirmative action and has been given everything at the expense of taxpayers, his whole life.

Detroit. Hopefully he will besurrounded and propped up by competent white men.

I love the bitchiness of the blog but this sounds like some bitter ass employees to me. Watch your back Earnest, they on you.

Yeah, sounds like these "insiders" are just disgruntled underlings, the kind that feed Tony their shit and which he laps up. Yum!

Somebody ask him when the city will take down the MLK Jr. Blvd. signs and replace them with The Paseo signs. It would not surprise me if the city manager and the council do not intend to make that change. What the citizens want has never meant much to them.

Rouse won’t know the answer. He can’t answer the simplest of questions.

Nope, not bitter employees. Bitter taxpayers who are fed up voting for people who promise to be agents of change and then promote people who are incompetent but they are the right color or make the least waves. I don’t give two cents about Rouse except he couldn’t run General Services and is not qualified to run the City. He’s a stooge. Lucas promised change. So far it’s stupid incentives to Waddell & Reed, ridiculous free bus rides we can’t afford, and a moronic manager.

Well, he does possess the requisite item for consideration....He's BLACK. Enough said then, that's all he needs and anything else, such as police record, etc. is just so much window dressing. Black is all you need in today's KC.