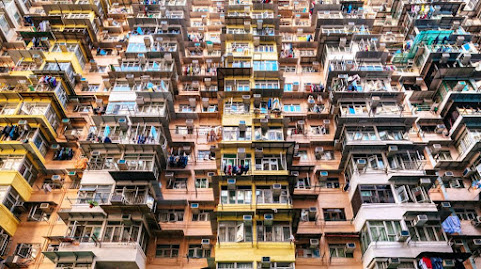 At the end of the year, urban core property owners earned an important victory in the fight to protect their homes.

Throughout 2019 locals have been fighting a sketchy bit of not-so-special legislation pushed by developers and a couple of local rich dudes. 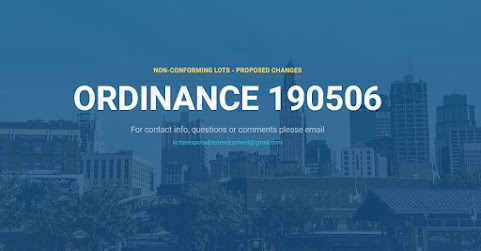 "City Planning and Development has put forth an ordinance to allow development on tiny lots throughout Kansas City. This proposed ordinance would undermine current lot width and zoning standards that many neighborhoods worked hard to get in our current zoning code. The proposed ordinance will affect the entire city, with many residents across the city seeing houses built 2.5ft away from their homes."

Under the radar but very important to longtime residents on the Eastside, Westside and Northeast . . . Homeowners opposed this effort and launched a valiant campaign to push back against local developer talking points promoting "density" and "momentum" along with a few other buzzwords.

IN A SURPRISING VICTORY, COUNCIL LADY KATHERYN SHIELDS CHAMPIONED A NEIGHBORHOOD WIN OVER THE OBJECTIONS OF MAYOR QUINTON LUCAS!!!

This neighborhood development fight was low key but still impacted the growing threat of gentrification to communities across KCMO.

"Council-member Shields showed us that she's definitely listening to neighborhoods over developers on this ordinance. She had a chance to delay it for six months but she killed it instead. The vote wasn't even close. It really demonstrated that she is the prime mover in council chambers . . ."

The ordinance failed 3-8 with Councilmembers Fowler & Bough voting yes along with Mayor Lucas.

In fairness, all of these council members deserve credit for standing with homeowners against local development schemes.

COUNCIL DUDE ERIC BUNCH SKIPPED OUT OF THE SESSION DURING DISCUSSION OF THIS CONTROVERSIAL TINY LOT ISSUE!!!

Analysis on the antics of this council dude who voted on a few other items that day . . . 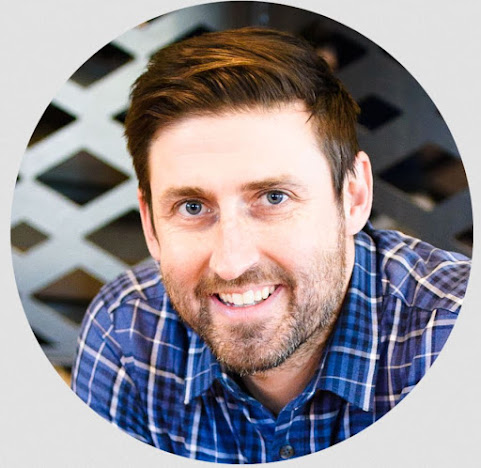 "It was 'very curious' move. He seemingly ran away as soon as this ordinance came up for a vote. It was obvious. If you're going to talk density and work on behalf of developers, at least have the guts to vote for it. He didn't want to take hit. To me, it looked like he went into hiding on this neighborhood issue." 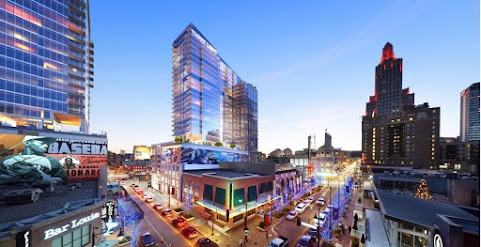 As the Kansas City building boom continues for the moment, thanks to COUNCIL LADY SHIELDS, HARDWORKING NEIGHBORHOOD ACTIVISTS AND THEIR SUPPORTERS local homeowners have earned a reprieve from real estate speculators and their ongoing irrational exuberance which continues to power the so-called Downtown Renaissance.

JoCo has always upheld it's zoning rules much more effectively than KCMO. In many parts of the city it's simply "anything goes" and Planning always does the work of people who are willing to build. Glad to see this is changing but there is still lots of work to do. There are more than a few projects that don't fall in line with neighborhood plans but still have support because of behind the scene dealings.

Better title: Bunch Out To Lunch

Never understood why so many developers think of homeowners as their enemy. Real leadership in KC would try to bring them together.

Kathryn and a few others do a good job of listening. The rest seem to be just trying to get the next job.

KC has a lot of historic buildings that are facing destruction in 2020. I hope this helps to save them.

I wonder which of her donors was against it

KCMO city "government".
How can so many clowns fit into such a small car?
Momentum!

Home owners with vacant lots next door could possibly want the extra land to increase the value of their property? Or, they don’t want a bunch of millennials stinking up the neighborhood.

Eric saw his shadow and is now underground awaiting the end of winter.

Kathryn is very fat. She doesn’t care for tiny houses or lots. She needs a lot of room because she is so fat. FAT FAT FAT. Very fat.

Your just now getting to this?

City Planning and Development is the most corrupted, stupid, spaced out, and mindless office in KCMO.

The assholes are still coming out of the woodwork.

This might be the first and only time shields has done something right. They're trying to upend zoning laws to do away with zoning so multifamily homes can be built in every neighborhood. This was one of the first steps

Glad this bit the dust, but there's always a new scam in Kansas City.

Bunch has to be the one of the worst the 4th district has ever seen. He makes Jolie look competent.

Why doesn't The Star cover City Hall anymore. They have barely mentioned this ordinance. I see KSHB did the better reporting.

So many technically illegal houses and buildings were slapped up this past eight years it would take eight years to tear them all down to comply with the law.

5:46 that’s the most accurate statement I’ve heard all day, mr spandex in a bunch is too chicken shit (as all gays are) to cast his vote for the public to see.

It would appear Kathryn Shields has overshadowed Mayor Q, in spite of the record number of selfies of Mayor Q. No clue on the end game for the city council members.

There needs to be modification of the zoning ordinance. Smaller lots should be buildable: 30-40 foot frontage min. 130 depth. Anything less than that would disrupt neighborhoods.

5:07 what difference does it make how fat Kathryn Shields is? Her girth has nothing to do with it. Have you ever thought maybe she is fat because she is successful?

ood for Kathryn Shields. She is a leader because she works behind the scenes, and does not take credit--here it was Tony who gave it to her, but she didn't start this.

The only reason she is not the mayor is "it's no fun to run a city that is broke." Best to do what you can, behind the scenes. One piece of legislation at a time.

Tiny lots are just one of many FADS promulgated by the Natl. League of Cities. So are roundabouts. Community centers. And trolleys--fixed rail. Downtown stadiums. There is no end to what millenial planners can cook up, and sell. Oh yeah, I forgot: "affordable housing" subsidized by the city. Including downtown parking spaces. Socialism.

This wasn't about tiny lots. It was about permitting builders to slap up ridiculously sized and over priced junk and crap built modern homes on lot's that are pretty standard size in this shitty.

10:47, thx for asking.
Subsidized ones are! Like 3Light. The false belief that to preserve KCMO we must create a residential community downtown. (which Kay Barnes promoted.) And since developers aren't stupid enuf to build that neighborhood of 10,000 spoiled brats without a subsidy, why, all of KCMO must subsidize the building of parking lots so millennials can move out of their parents' homes in the suburbs so they can ride a subsidized trolley to work--yep. But keep their car in a subsidized parking lot, so they can go visit Mommy and Daddy for Christmas.

That is a socialist act. Do you not see that? Propping up ANYone to live beyond their means is socialism. So now we have pods of rescued faux victims. Some are old and poor. Some are young and addicted to their iPhones and their grand lifestyles, but still, willing to suck on the teat of collective spending. All wanting their piece of the French Silk Pie.

Is it too much to ask to find a more professional picture of the 4th district councilor Eric Bunch? For the sake of the 4th district use a picture of him with a tie. He does go out of his way to look the part and represent the city of Kansas City professionally. The "media" need to stop complaining and present the news as news. No clue why he didn't vote but he is easy enough to access with the meet and greets and district meetings. Contact him via email or Twitter or in one of the many meet and greets. is it too much to ask to ask the question first and report the "news" second. Perhaps the paper isn't covering the vote because the vote isn't newsworthy.

One light and two light are gaawd awful buildings with crappy itty bitty balconies no same person would sit on. Maybe the council should stay out of all development in your bozo town, but it would still be a town of bozos with nowhere else to go.

Bunch is a confused density wimp. Hope he learns from Councilwoman Shields what real leadership looks like. She listens to the neighborhoods and represents common sense.