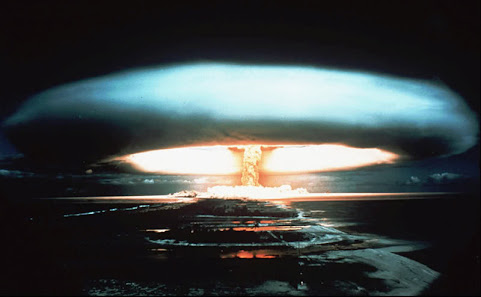 Once again, the hot mess and CHAOS AT THE COURTHOUSE has necessitated smarter, skilled and far more diligent elected officials to step in . . .

Republican State Senator, Dist 8 Mike Cierpiot has authored an important bit of legislation that threatens to take a great deal of cash out of Exec Frank White's hands given overwhelming voter outcry against an unfair process.

Remember that great reporting from KCTV5 reminds us that this 15% cap has been RULED LEGAL by statewide officials.

"Once again we've got another instance that demonstrates the complete FAILURE of leadership from Executive Frank White. A smarter politician would have known this kind of response was in the works. He has no connection to Jeff City and very little influence outside of his own office. The Exec is now completely isolated and this legislation limits his power even further."

This legislation offers incentive for local taxpayers who PAY IN PROTEST. Moreover, Missouri Republicans have always touted their TAX FIGHTER CREDENTIALS and expediting this bill could give them an important win going into 2020 election season.

Adding insult to injury, there's word that there MIGHT BE BI-PARTISAN SUPPORT FROM MISSOURI DEMOCRATIC PARTY DENIZENS for this legislation as more and more politicos realize the dearth of support for the embattled Executive among voters.

About time somebody stood up to this busted process. Should have happened sooner but I heard that nobody would believe the mess has gone this far.

Now everyone has to clean up the mess.

Great, now Frank can turn all of his attention to the legislature.

Let's not forget that this is money out of the pocket of schools, infrastructure and libraries. There should be opposition to this because we need those funds for education and to fix the years of state negelct.

Better that the students shouldn't be homeless when their parents are thrown out on the street because they can't pay their bills. The legislation against homeowners needs to be thrown out first and foremost.

Frank White's tenure is a standing shame to the entire region.


forget the merits--this is a White Republican limiting the scams of a black Democrat???!!!

Normally you'd be right but NOBODY wants higher taxes. Frank is the odd man out and I'd be very surprised if he has any "urban" support remaining.

Word on the street is the boe won’t challenge Frankie boy because they’re scared they will get sued...... who gives a rats ass if they get sued? These people are chicken shits and this only proves it.

Overall I agree with this legislation but I only wish they would have passed it sooner. They're back in session January 8th and I hope this is one of the first items on the agenda.

Can we get a recall of Frank White going? That would be the REAL solution to these ongoing problems. Everything else is just a piecemeal approach.

Since this wouldn't take effect until 2023, don't hold your breath.

Frank is in way over his stupid head. The isn’t capable of being executive of a convenience store, let alone a county.

Only JaCoMo voters are stupid enough to vote Frank White into his current position. Despite his very public personal financial issues, he’s a washed up, has ran baseball player. George Brett was a much bigger star and is still more relevant than Frank ever was, but it doesn’t mean I’d hire George to give me a root canal.

How much were Franks taxes this year ? Why has the MSM not reported this? KCTV5 was doing a great job reporting on this, but never really covered Frank's tax payment history. Please finish the story someone. Anyone with half a brain didn't vote for this clown.

If you might wonder why the state legislature passes laws ti direct and limit what county governments can do, just take a look at what passes for government in Jackson County.
The same can be said for KCMO.
Two clown shows on the plains.
And a former commentator was right:
An embarrassment and drain on the entire region.
Sad.

if your assessments have gone up beyond what the market value is then just challenge the assessment. if it turns out you haven't been paying a market rate assessment for twenty years then you're not a victim you're ... fortunate and you've just been getting by for a while but that's over now... the school districts might want to pay close attention to these efforts to tighten assessments by jeff city - the general assembly pretty much hates the public schools anyway and may use this as an excuse to choke their revenues, thanks, radish

Cierpiot is a tool. All he does is sit on his butt until an issue that everyone is for comes along like lowering property tax. According to Cierpiot the most important thing in Jackson County is himself.