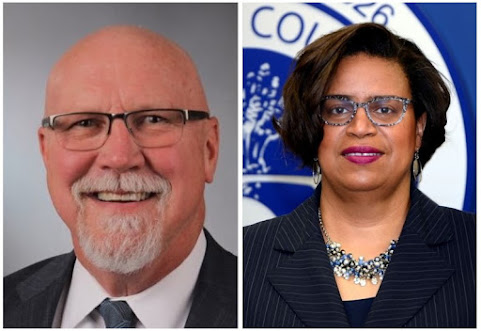 SJR 47 - Currently, assessors of all charter counties except for Jackson County are required to be elected officers. Proposed Constitutional amendment, if approved by voters, removes exception for Jackson County.

Appointed by Exec White, Jackson County Director of Assessment Gail McCann Beatty had defended her office and its practices vehemently but most voters seem unconvinced.

"This is one more sign that there's NO CONFIDENCE in the ability of Frank White to do his job. He has shown that he's not capable of managing this process and now more serious people must step up to try and fix the situation. This legislation will pass easily because it gives power back to voters and offers more accountability as a response to the total negligence of the Executive in listening to complaints from his constituents."

This could be difficult. Remember that Exec White launched a lengthy court battle during a fight over COMBAT funds - He eventually lost that argument but not without months of gridlock.

Still, problems and accountability with the assessment department aren't confined to the tenure of Exec White . . . This year there was an effort to finally talk about the ongoing role of consultants in an effort to spread blame around . . . Admittedly, there's a lot to fix in this office.

Now we need better candidates for this office. The people who have been appointed so far have done a horrible job. This is actually good news in the county for a change.

Not a bad idea. Recall would be even better.

Frank is toast. No need for a recall. Anyone who opens their property tax bill this year will get a look at how he and Gail screwed this up nearly beyond repair. He won't ever be elected to another public office. Nobody cares about his baseball stuff any more.

What’s bad is everything that black people touch requires new laws, ordinances and power to be stripped away, black people are law breakers, destructive and murderous.

Probably be a long process to get bill through but sooner the better for the people of the county to get a vote. Hopefully, the black community is learning, but there's still doubt. They still want their SNAP.

The worst idea possible is to craft general laws because of a specific problem.
Unintended consequences always arise to bit you in the butt.
And just keep in mind that the SAME voters who insist on electing people because they're former baseball players. or because of their race or some other irrelevant factor instead of their experience, competence, and honesty, will now be electing the assessor.
There are specific problems at the JaCo courthouse.
Solve them surgically and not with a sledge hammer.
Ready, fire, aim!

^^ Hopefully you feel the same about more unnecessary gun laws.

Don't worry Big Bad Troy is collecting a fat county check now and will get on it after the holidays.

“While many know Gail as the current Minority Leader in the Missouri House of Representatives, they may not know that she grew up in the appraisal business and has been a certified appraiser for 25 years,” said Jackson County Executive Frank White, Jr. “I could not be more grateful and excited that someone with her tremendous skills, experience and qualifications has agreed to join our team.”

Not sure I agree 100% with Mike Cierpiot but it is clear whats in place isn't working either.

Be happy to sell my $128K shack for the $310K Gail Beatty assessment. Dog house and lawnmower included. Short walk to laundromat and dollar store general.

Troy can fix all this with ease.

Smiling Selfies Q isn't going to be happy about this.

Appointed or elected, we end up with terrible government officials regardless. Look at one recent election, a lesbian who only cared about developers interests vs. a closeted homo affirmative action drunk.

A real estate entrepreneur should offer to buy houses at the old appraisal value. I doubt he'd get many takers.

It's fun living in a County where every level of government says "we can't do anything about that"... accountability is highly over-rated.

holy shit a republican politician proposed something good for once

The government and the doctors want to take everything I have. Don't they know it is stupid to leave a man with nothing?

Need to leave Frank alone!
If he loses his job because of this it will be financial doom!
He already is mad at the Royals for losing his salary and now the taxpayers’ teat?
If Frank can’t make timely mortgage payments before - how in the Sam Hell will he make them without a job?
Frank White doesn’t deserve to be broke and homeless just because voters think his incompetent!
Let’s have Chastain start a petition to give Frankie Baby $2 Million a year for life and all funds come out of Cleavers Carwash!

Sure, make it an elected office, that'll fix it.

Agree with most of the comments here, just another bum in office.

Buh-bye Gail Beatty. You’ve already ruined your political career with this mess. You’re toast. Go away, Black retarded thug! And you should lose your Missouri appraisal license too.