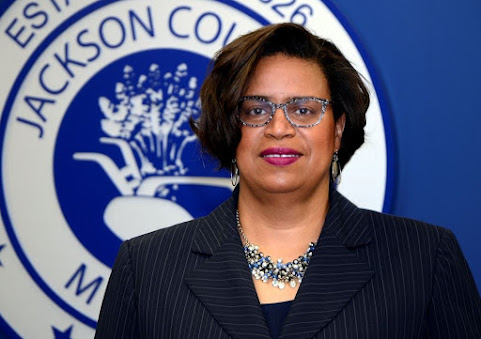 In 2018 former Missouri State Representative Gail McCann Beatty was appointed as the new director of the Jackson County Assessment Department by Executive Frank White and her tenure has been one of the most contentious in Courthouse history.

INSIDERS ENCOURAGE THE LEGISLATURE TO REEVALUATE THE ASSESSMENT DIRECTOR'S CONTRACT!!!

The effort is a long shot but still worth consideration . . .

Her contract is up for renewal and there's an e-mail floating around asking the Legislature to get involved.

Here's the word and the answer to a lot of questions we've been getting overnight:

"The Legislature won't be voting on renewing GMB’s contract and (Exec) Frank White is simply going to allow her to stay past her contract's end. However, the Legislature does, in fact, have the power to end her contract."

There are a lot of reasons people are upset with Ms. Beatty. She hasn't been helpful in the process and has even been verbally combative with angry residents questioning her tactics. To be fair, tempers have run hot throughout this money fight that threatens to displace many residents.

However, other Courthouse insiders offer a more informed perspective . . .

LAWSUIT CHALLENGES OVER MISSOURI STATE REGS IN RAISING PROPERTY TAXES OVER 15% WITHOUT PHYSICAL INSPECTION HAVE THE POTENTIAL TO BANKRUPT JACKSON COUNTY!!!

"Noticed this in your posts and it's is essentially the heart of the complaints against property tax increases -- It's right there in black and white: The County didn't conduct physical inspections when they raised taxes over 15%. That's mandated by Missouri law and opens them up to complaints and damages from just about every lawyer in Kansas City when the court sides with one of the lawsuits pending . . . And they will."

Here's a skillfully documented journalism on the topic that deserves a second look:

"The suit was filed on behalf of four homeowners who saw their properties increase anywhere from 57% to more than 400%, but the implications could be far reaching. It points to assessor Gail McCann Beatty’s use of photos instead of inspections and says that simply does not satisfy state statutes."

As always, the implication is what's really important here . . .

Insiders warn that the lawsuits are a bigger economic threat to Jackson County than most realize and the court is going to require more evidence than just bold statements from elected officials.

So far taxpayers haven't been offered any explanation for the increases that seemingly ignore Missouri rules as weary taxpayers confront today's deadline and legal arguments continue into 2020.

You've said this before T, anybody else would have been fired over the Summer. Some accountability from the Legislature would be nice. Voters will remember they did nothing to help residents during entire mess.

The legislature had the power to do a lot of things. This is absolutely the LEAST they could do. A discussion of her contract needs to be on the table.

Clean house at the county.

Another news tidbit for you TKC.

If/when the county goes bankrupt, they won't get much help from Missouri and we'll finally talk about the structure of local government that obviously has too much responsibility they can't handle. We need to vote on the Assessor and make the executive just another member of the legislature. Things need to change dramatically at the courthouse.

The county was doing ok until...... frank showed up

If this how democrats run a county, their is NO way they should be running a country. Trump wins.

People in government actually have no clue what they’re doing, for the last twenty years or so people took the job with no knowledge or skills to do it with, you can tell nobody knows what they’re doing by the total lack of getting anything done. They’re acting like if we ignore it it will go away or people will give up, people are sick and tired of elected officials doing nothing but collecting kickbacks.

Another example of black ineptitude. Taking a job that humans did fine with and then, fucking it up. Happens every time.

The Jackson County Legislature is a fucking joke.

Long term, nothing will change. There have to be enough elected and appointed positions for all the local Democratic politicians who have no skills that are marketable in the private sphere, and the only way to do that is to create superfluous layers of government.

Happy New Year to all citizens of KCMO and TKC.

Frank and his gang have ruined all of the taxpayers New Year's resolutions.
Make your resolution for voting these people out of office. Keeping the populace in turmoil is the way the liberals maintain control and keeps everybody on the plantation. Pay your fee and enjoy the screwing they are giving you. Also enjoy the county's New Years present to property owners.
Remember the roaring 20's start in less than 24 hours.

They will do the same focking thing next assessment cycle. Ream everyone up the ass they missed this time with that measly 14.9% jump.

My insider told me "Everyone is laughing all the way to the bank downtown and in the county. And Cordish and The Greater Kansas City Real Estate Association is offering to pay for advanced acting and selfie classes for all city and county officials".

I do not live in Jacked-Up County, but those who do need to keep the pressure on those folks and demand answers on those assessments that are literally putting people out of their homes. So unfair and so very, very shady. That whole crew needs to be cleared out NOW.

Back when I was still active in politics, beyond just voting, I supported people whom I thought would help bring rational behavior to the City Council and the County legislature.... and.... here we are. Both routinely ignore the will of the people and common sense.

Oh right because Dump drained the swamp? Of course not, so wins how, by being the loudest asshole bully? You are a pathetic abused codependent wanna be bully. Get therapy.

^^^ or padding their own bank accounts

First 10:38 who’s the bully? You’re a typical dimwit asshole who screams hollers and threatens people all the time, re-read your own post, effing crybaby bully. Help is what you need and now.

No it wasn't. There was a criminal in charge. Somehow it got worse though with Frank.

I like that roaring 20s idea. Never thought of it that way.


America, under President Trump and the Republicans leadership, is doing great.

Jackoff County, under Democrats, is a disaster.

Anytime you vote Democrat, you might as well open your wallet and throw away your cash and savings.

Fire that bitch, now! What is the County waiting on? Hell has frozen over. Let’s move, people! Also, Missouri needs to strip her of her appraisal license., especially if the case against he County/Assessor loses on the discrimination charge.

12:23 You live in Kansas? If so, about 4 years ago you had the largest tax increase in state history from Sam Brownback. Checked out the national debt lately. That bill is coming do and we're all getting to pay for it. The fat orange fascist has 5 trillion to the debt in just his first term. That's more than Obama added in TWO terms and Obama had a massively recession (from Republicans of course) to deal with.