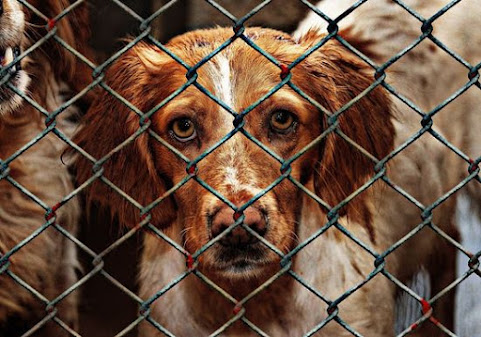 This morning we share important insight on a decision with citywide impact on residents and neighborhoods.

There is a great deal of important info in this statement that offers insight into the situation beyond City Hall talking points. This work shares data and real world experience that trumps recent hype about a nice no-bid facility financed by taxpayers . . .

Spay and Neuter Kansas City, Chain of Hope and many citizens are speaking out about the impact privatization is having on the pet population of Kansas City.

“In June 2019, the KCMO city council voted to privatize animal control,” explains SNKC founder and CEO, Michelle Rivera. “The department now has only a small number of officers, which puts our community at serious risk and is leaving animals left to suffer. In fact, we’ve seen a dramatic uptick in strays and so has Chain of Hope, whom we work with on the streets every day. Even though we’re not a shelter, our team and the COH team are responding to stray calls that are now coming to us. There will be people who want to blame animal control for this but, even though they didn't create this problem, they've been working day and night to address it during the transition. "

“We’ve seen the impact of this decision already,” added Kate Quigley, founder and director of Chain of Hope (COH). “Now that it’s cold out, we know more animals will be suffering and there’s not anything being done about it.”

The vote to privatize, adds Rivera, was held and approved by council despite special committee recommendations against it. “We feel it was rushed through on new council members before they could accurately gauge the impact of the vote and before they could consider the implications of this plan. Unfortunately, animals are suffering and several groups around town are trying to pick up the slack.”

The KCMO action center receives nearly 18,000 calls each year. Even when the department is fully staffed, it is difficult to keep up with the demand. As of now, there are not enough staff to respond to stray calls. This is and will continue to pose a public safety threat as well as suffering for unwanted, abandoned and stray pets in our community.

This will impact hundreds of animals each month and the fear by welfare groups is that the number will continue to grow since there is no transition plan in place at the moment. “We believe pets will be left to suffer because of this,” Rivera adds. “We’re already getting more calls about strays and, with colder weather arriving, the issue will grow even worse.

“As an organization with 17 years of work in our community, we are asking KCMO tax payers to contact city council and ask for their immediate attention to this matter,” says Rivera. “Tax payers and animals in our community deserve adequate services, which includes public safety, enforcement and sheltering of unwanted, stray and abandoned pets in our community. In fact, we favor animal control retaining a part of animal control services which includes public safety, enforcement and prosecution. We also encourage them to put together a strategic plan to collaborate with existing animal welfare organizations in Kansas City so we can strengthen partnerships and programs with a focus on all areas of animal welfare including education, resources, sheltering and care of animals while aiming to deter unnecessary impounding of owned pets, retention, and re-unification of lost pets.

For more information on SNKC visit www.snkc.net SNKC’s mission is to end pet homelessness through education and supportive services to help keep pets off the streets, out of shelters and in homes with the owners who love them.

For information on the Chain of Hope mission to alleviate the suffering of abused and neglected animals and their effort to provide education, medical assistance, food, shelter, and supplies to pet owners, as well as the rescue, rehabilitation and adoption of unwanted and homeless pets, visit www.chainofhopekc.org.

Both groups are encouraging citizens to contact their council members to voice their concerns and have listed their emails along with sample text for an email at https://snkc.net/animal-control-crisis/
###
Posted by Tony at 12/12/2019 05:55:00 AM

KC can screw up anything.

OF COURSE we're going to screw up animal control.

6:14 It’s already screwed up, those are some of the laziest people I’ve ever seen. Management is even lazier than the employees who are always fall asleep in their vehicles daily.

Christa Dubill reports life at KSHB 41 was a bitch!!!

Hey Chain of Hope, you just blew off my year-end donation, I'll just add the $50 to what I give the Pet Project.

I read something about the KC PEt Project taking in 10 dogs from another rescue group in Iowa. Why the fuck are they importing dogs from other states when they have problems like the one they created with KCMO animal control. I know in my neighborhood there has been an uptick in dogs running loose.

^^^^ Yeah and they ALL vote Democrat!

Euthanasia is finally run by the private sector just like Poland in 1939.