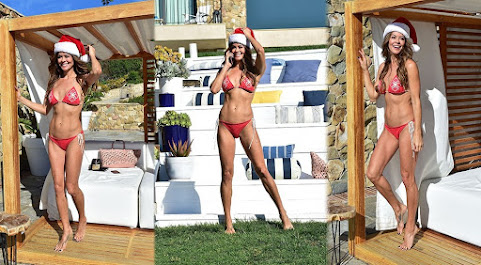 Quick roundup of top stories today include pop culture #TBT, community news and other notable and fearsome items worth a peek. Checkit:


Police warn residents not to leave Christmas trash out

KANSAS CITY, Mo. - While Santa has come and gone, the Grinch could still be lurking. Police departments across the metro are warning residents to be mindful when taking trash out to the curb because it could attract thieves. 41 Action News drove around to several different neighborhoods where trash bags and boxes were gathered curbside.

KANSAS CITY, Mo. - A suspected drunken driver whom police fired shots at but didn't hit following a chase in which he is accused of veering into oncoming traffic faces a string of charges. William L. Brown, 35, is charged with driving while intoxicated, driving while revoked, possession of a controlled substance and resisting arrest.

KANSAS CITY, Mo. - Winter 2019 was hard on metro roads and there were plenty of potholes to prove how bad conditions were. Public works crews in Missouri and Kansas spent a lot of time filling potholes and sealing cracks to prevent future flaws. "It was a rough year.

KANSAS CITY, Kan. - A Kansas prosecutor who helped free a man who spent 23 years in prison for a double homicide he always said he didn't commit is calling for justice as the state fights the man's effort to get compensation. Wyandotte County District Attorney Mark Dupree Sr.

Kansas City Chiefs Could Lose One Of Their Best Coaches


Arrowheadlines: Bienemy is a potential candidate for the top job in Dallas

Which potential head coach candidates would be the best fit for Cowboys' personnel? | The Dallas Morning News Eric Bienemy [H]iring a top assistant from Andy Reid's coaching tree has proved prosperous in the past.

While the weather outside is frightful in other parts of the country, it's bikini weather in Malibu on Christmas Eve for Brooke Burke. The 48-year-old Dancing With the Stars champion rocked a festive red bikini while hanging out in Malibu on Tuesday.


Brooke Burke open to getting married again: 'A year ago' it would have been a 'hard no'

Brooke Burke isn't shooting down the possibility of getting married again. Burke, who began dating her current boyfriend Scott Rigsby in August, spoke to Us Weekly and confessed that she "can't say no" to getting married once more. "I think the right person makes you want to get married again," Burke told Us.

China, Russia and Iran will hold joint naval drills starting Friday in the Gulf of Oman, Beijing and Tehran said, at a time of heightened tensions since the US withdrew from a landmark nuclear deal with Tehran.

With 67 votes needed to convict the president and remove him from office, and the outcome of a Senate trial all but guaranteed, GOP senators are broadening their sights as they plot their strategy. Senate Republicans think they'll be able to pick up one or two Democrats on a final vote on the articles.

TOPEKA, Kansas - Personal income growth in Kansas is below the national average, due in large part to troubles in the agriculture industry, which makes up about 40% percent of the state's economy. Kansas farmers face an expanding drought and low commodity prices, though a break in the ongoing tariff dispute may bring those up.

Businesses wanted to grow marijuana for medicinal purposes in Missouri will know by Friday if the state approved the application. The state rejected more than half of the local entrepreneurs looking to open a cultivation facility in Springfield. The state rejected former NFL player Grant Wistrom's company "Revival 98".


Rain, snow and wind could complicate post-holiday travel out West

Rain, snow and wind in the West could mean that an already frustrating holiday travel season will be a nightmare on what's expected to be one of the busiest days for drivers post-Christmas. Holiday travelers in Los Angeles, Las Vegas, Phoenix, Salt Lake City and San Francisco could see delays Thursday and Friday, CNN meteorologist Michael Guy said.

Is another man's nuclear bombshell threat.

"Hopefully the criminals haven't driven by my yet house today"

There is better reefer on the streets

Love reading these comments. Like a collection of KC's worst losers.

Has there ever been another trial where the Jury Foreman announced publicly ahead of time that the Jury was coordinating its efforts with the Defense Attorneys?

Doesn't McConnell realize that he and the rest of the GOP Senators have to take an oath?

The Republican War on the Constitution continues...

My
Attorney
Got
Arrested??

8:42 You better get another attorney then.

Ass, grass and cash. KC news at its finest.