Early morning aftermath of last night's EPIC BLAZE that had this part of town lit up like a Christmas tree.

The Kansas City Fire Department responded to a high-rise fire around 7 p.m. Tuesday night in the 300 block of West Armour Blvd.Officials with KCFD said multiple trucks responded, but the fire was contained to one apartment on the ninth floor. KCFD said two people were injured and treated for smoke inhalation.

Everyone On The Scene

KANSAS CITY, Mo. - Two people were taken to the hospital after a fire at a Midtown apartment complex. The first crews on the scene arrived to an apartment building at 301 W. Armour Blvd. around 7 p.m. and requested additional crews be dispatched to the scene. 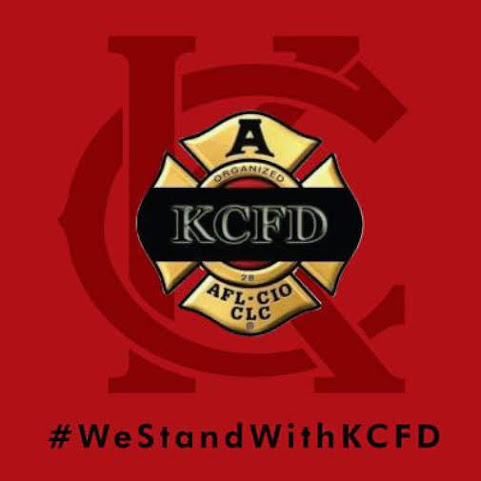 The fire started on the ninth floor and was mostly isolated to a single unit, according to deputy fire chief Jimmy Walker. A dog was also rescued from the building.
Developing . . .
Posted by Tony at 12/25/2019 05:05:00 AM

that's a lot for one apartment on fire.

I guess it could have been worse.

But c'mon. I thought I saw one of the emts on the scene smoking. Obviously a bit resource justification there.

KCFD IS THE OFFICE IN THAT GHETTO THATS WORTH A FUCK.

Fire trucks were flying out of price chopper.