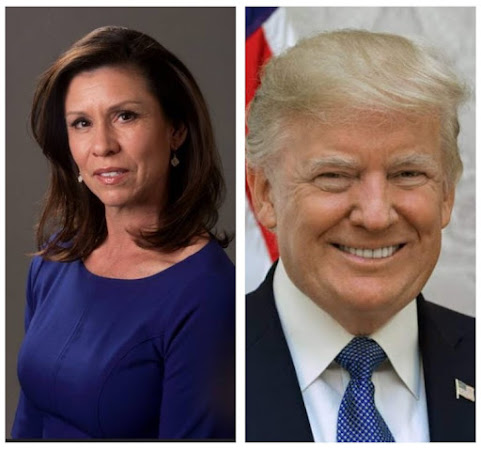 We do our best to keep up with all of the "journalists" who have disappeared from the local discourse as Kansas City daily newspaper circles the toilet bowl of history. And so we put a bit of polish and shine on the mostly unread work of former TKC rival Mary Sanchez.

Hurt feelings sparked a great deal of faux chivalrous, mainstream newsie animus against this blog that might have mattered if it was still 1997.

Nevertheless and with respect to this #TBT topic, we share no ill will toward the lady scribe who disliked this local blogger so much that I nearly wanted to marry her. Instead, we show our blog community how to "enjoy" her ongoing work which now garners a "less intense" spotlight . . .

Mary Sanchez is on Twitter with all of the robots, trolls, plebs and The Prez.

From time to time Mary Sanchez files an occasional bit of op/ed "news" for the local public TV magazine that steals 14.3% of their ideas from TKC and then turns them into a women's Lifetime special movies staring Cynthia Stevenson - A wonderful actress who serves as the poor man's Meryl Streep and a white lady famous for crying/yelling about something awful. 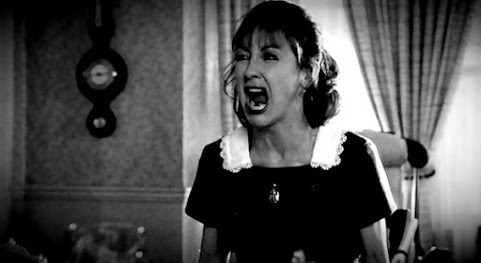 But more than anything else and far better than TKC, Mary Sanchez is STILL a newspaper columnist, syndicated by the Tribute Content Agency. 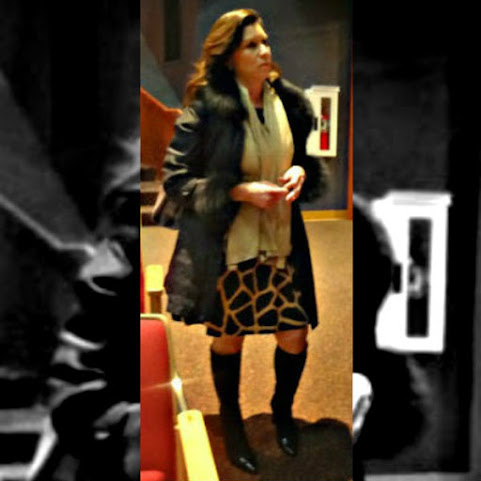 Whilst most of her writing is picked up by the bottom-feeder rags and she is a long way from her faux fur glory days as a local opinion-maker . . . Credit where it's due, her latest screed earned a bit of traction by way of attempting to dunk on Prez Trump . . . Checkit:

Sanchez: What we get wrong about civility

"Civility requires that we avoid precisely the behaviors that Trump indulges: name-calling, slurs and childish derision. However, it doesn’t require us to suppress our emotions, even anger."

The rest of it is mostly talking points cribbed from the DNC and CNN . . . Same thing, IKR!?!!

However, with respect to Mary Sanchez, wishing her continued dead-tree success as the current impeachment slap fight drama gets even more heated. We offer these news links from BOTH SIDES for consideration:


Does Pelosi have the votes for impeachment?

House Speaker Nancy Pelosi has called for House Democrats to "proceed with articles of impeachment" against President Trump, but questions remain over whether she has secured enough Democrats to vote for impeachment as the effort barrels forward at breakneck speed.


Deconstructed Podcast: What the Right Gets Wrong About Impeachment

Subscribe to the Deconstructed podcast on Apple Podcasts, Google Podcasts, Stitcher, Radio Public, and other platforms. New to podcasting? Click here. The House Judiciary Committee held its first impeachment hearing on Wednesday, with testimony from a quartet of legal scholars from major Universities.

On Wednesday, a conservative backbencher in the House issued an explosive request to Senate Judiciary Chairman Lindsey Graham: Subpoena the phone records of House Intelligence Chairman Adam Schiff. On Thursday, Graham had a succinct response: "We're not going to do that." The demand from Rep. Jim Banks (R-Ind.)

Counting On The Prez

After weeks of hearings, hyperbole, and histrionics over Ukraine-Gate, have House Democrats advanced the case for impeachment? Not only have they not moved the polling, they may have lost ground - in their own caucus. CNN's Manu Raju caught up with the two House Democrats who voted against authorizing the inquiry to find out whether they support Nancy Pelosi's call to advance articles of impeachment.

Drew Angerer/Getty Images Liberal legal scholars are at risk of falling into a right-wing trap. In the pending congressional impeachment inquiry, the House Judiciary Committee is charged with (among other things) taking up the question of what the constitutional process of impeachment means.


This Republican Impeachment Argument Is a Catch-22 of Stupid

You can only get out of flying dangerous bombing missions if you're found to be insane. But the very fact that you do not want to fly perilous missions is proof you are sane. "Orr was crazy and could be grounded," the protagonist of Catch-22, Yossarian, says of a colleague.

Cynics, Boomers And Diehard Fans Heard It All Before?!?!

Tucker Carlson said Thursday that House Speaker Nancy Pelosi's continued support for impeaching President Trump has been a political disaster for her party, to the point Pelosi has turned to "cliches" to make her case. Carlson referenced Pelosi's comments, in which she invoked Founding Fathers James Madison, Gouveneur Morris and Benjamin Franklin.

Mary is contrary but that's why we like her. At least she doesn't pretend where she stands. She's a lib and speaks and writes to that end. Good for her. She actually does great work from time to time.

I don't disagree with her, but respect her. I hope this post is TKC trying to "evolve" from his incivility.

Impeachment isn't going to work. Only one of the links here is worth reading and that's the simple VOTE COUNT. It all comes down to that. Sorry Speaker Pelosi. You lose again.

^^^ Not so fast there Trumper.

If the Senate can vote by secret ballot then the Democratic Party will have a lot more allies than they do now. That's the real vote and the fate of the Trump Presidency.

Real Republicans don't like the President any more than Democrats.

Trump is a hearo

I bet she is wild in bed.

Don't blame me, I voted for Johnson and I don't plan to vote for any of the losers from the Democratic Party. If this is the best this country can do then we really are in trouble. What a circus it has all become.

Hey Mary, if you've held a job long enough to be vested on a 401k check out how much it has gone up since we have had a business man as president instead of a socialist.

Mary Sanchez, would someone remind me who she is?

It's funny reading libs fanfiction of removing trump. IF WE HOLD A SECRET BALLOT THEN SURELY CONSERVATIVES WILL VOTE HIM OUT!!! WE'LL GET TRUMP THIS TIME.

Not a trump voter here, but shit you libs need to get a grip and get some perspective

The question I would like an answer to is why are we giving money away to any country. F__k 'em cash and carry.