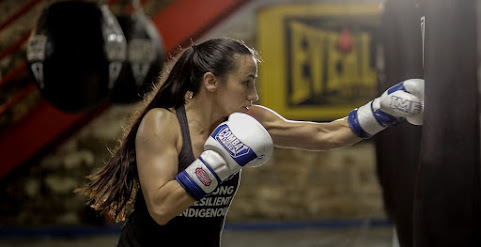 Right now we consider an inevitable tidbit that a great many Kansas City metro progressives have been eagerly awaiting -- As if this humdrum word was a gift from Santa and not just VERY CAUTIOUS WORDING as the politics of fickle Johnson County remain in flux.

“The evidence uncovered by the House impeachment inquiry is overwhelming. And the facts are uncontested,” Rep. Sharice Davids said in a recent statement.

“President Trump used the office of the Presidency to solicit foreign interference in our elections for his own personal, political benefit. He pressured Ukraine’s President to investigate his political rival, while withholding millions in taxpayer-funded aid to Ukraine. And since this information came to light, President Trump has defied congressional subpoenas, withholding critical documents and testimony.”

And this leads us to another Prez Trump impeachment update:

The radically different press conferences revealed a calculated and controversial strategy by Pelosi and House Democrats-to work with Trump on one of his central initiatives and simultaneously argue that he is a threat to the country who should be removed from office.

In his first public statement since Democrats formally announced articles of impeachment against him, President Trump called the two charges levelled against him "weak" and said the only reason Democrats agreed to a modified North American trade deal was because of impeachment.

All About The Green

Notably, no top tier Democrats running for president have endorsed the pact known as USMCA. And Republicans are jubilant that the deal helps not only Trump's reelection but their own hopes of keeping the Senate. "That is a concern.


Growing divide between Trump and McConnell over impeachment trial

President Donald Trump and Senate Majority Leader Mitch McConnell are both looking ahead to the Senate impeachment trial, but there is a growing divide between the two over what that trial should look like, CNN has learned.

Witness The Wonderful World According To Prez Bubba

Chris Wallace on Monday disagreed with Ken Starr, who served as independent counsel during the impeachment of former President Bill Clinton, over his characterization of the accusations against President Donald Trump as "narrow." According to the Fox News host, they constitute "a much bigger issue than whether or not Bill Clinton lied about sex."

Fight For The Future


Articles of impeachment have been filed against Trump. What's next?

The move by House Democrats to introduce two articles of impeachment against President Donald Trump on Tuesday came after nearly three months of investigation into whether the president violated his oath of office by pushing Ukraine to announce investigations into his political rivals. Here's a look at where we are in the process and what comes next.

It's about time she did what the housewives wanted!

Going to be funny when all the Dems get called to the hot seat for questioning.

6:43 I’m looking forward to that! It’s gonna be awesome watching those morons squirm!

Will Hunter Biden smoke some crack before being called to testify before the Senate?

Will Joe Biden toss some vodka into his shots of Ensure before taking the stand?

Will Trump laugh all the way to another win in 2020?

At least two of the answers are likely true.

one term and gone. kansas people are retarded republicans, you wont insult their messiah and get away with it.

"Weather Vane" Davids "steps up again!
She just can never seem to decide until an issue morphs into an inevitability and then can try to appear to run to the head of the parade.
The two impeachment articles are incredibly weak and it's hard to believe that they were the best the Dems could come up with.
Which makes it that much easier for the senate, including the couple potential "yes" votes, to take a walk.
And, as the country watches the presidential primary and begins to understand the actual personal consequences and costs of the "progressive" agenda, excitement and support for folks like AOC, Bernie, and Warren is already fading.
Looks like "woke" is going to sleep.
Lots of "movements, activists, protests, and marches".
Just not very many votes.

Sharice took a break from beating on women, to take marching orders from a senile old woman representing San Francisco!!!

Sherice a sexual confused failed small business owner that uses the Clever loan repayment plan has no room to talk about anyone.

Trump went full establishment GOP 48 hours after being elected. The GOP has spent the entire year "fighting anti-Semitism". It hasn't done anything else for it's voters all year. We vote for the GOP to "stop the democrats" and because of resentment about abortion, immigration, guns, war, political correctness and the results are always the same. We end up getting whatever is on(((Sheldon Adelsons'))) wish list because (((he))) is buying the policy agenda and nullifying what Republican voters want. Enjoy your reality-show.


All of my heroes killed colonizers....Sharice Davids. But to you idiots out there that's not racist or a threat now is it?

Only two vague allegations of wrongdoing---not going to happen!

^^^^ When did bribery become vague? Weird. Resign now Trump. Would like to see him walk out of the White House in handcuffs.

I love my President.

He will win and get another term while he as it. We want to Make America Great again, not make the Ho-Chunk nation come back.

What a bold and brave stance taken by Sharice!!

That dumb cunt's campaign keeps calling and texting me. In keep telling them I live in MO.

9:41 he didn’t turn on him, Trump is making it look like he’s turning on Fox when they are both playing the other media outlets with fake news. And they’re eating it up! Hahahahaha!

"uncontested facts" What planet is she living in?

There are zero facts and no evidence. You can tell because every statement includes the phrase "overwhelming evidence" without ever bringing up what that evidence is, because well, there is none. This looks really bad for the dems and the fact that multiple dems are voting against impeachment shows this to the world. There's bipartisan support against impeachment. This helps trump so much and the dwindling dem base continues it's approach of alienating anyone who doesn't toe the line

We'd better go to Cornell and ask for a copy of her transcript - doubt she ever attended classes in evidence, criminal procedure, constitutional law, etc. Was her time there spent watching old episodes of Judge Judy, Perry Mason, and and LA Law?

"When did bribery become vague?" Bribery is not one of the articles of impeachment. Do try harder to keep up.

Ms. Davids is on the wrong side of this. If she truly honored her oath of office she would revolt against Pelosi and the far left democrats. Her impeach vote will assure she will NOT get a second term! Remember where you are and how we voted for president, you will lose! You will become a flash in the pan. A vote against impeachment will send a message that you are your own woman and might get you elected next time!