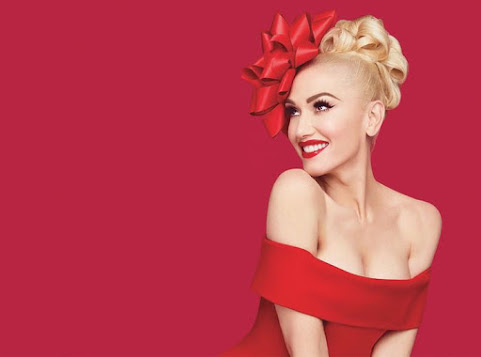 This morning we share a glimpse of holiday hotness, community news and more than a few interesting items. Checkit:


Police: Kansas City officers fire shots towards vehicle that charged at them

KANSAS CITY, MO. (KCTV) --- Kansas City police officers were forced to fire their weapons at a vehicle that was charging towards their direction on Monday evening. Police say around 11:30 p.m.

Everybody Forgot To Tell Brookside That Retail Is Dead

KANSAS CITY, Mo. -- Just one more shopping day until Christmas! The clock is ticking, and the sales are on. Amazon might have one-day shipping, but store owners and shoppers say there's nothing like a hand-picked gift that supports a local business.


KC Can Compost works with restaurants to recycle food waste

KANSAS CITY, Mo. - As the kitchen crew at the Nelson-Atkins Museum of Art prepared for lunch on Monday, there's another operation going on outside. While it's not as elegant as all the fine art housed in the museum, it's just as important.

SHAWNEE, Kan. - Shawnee City Council voted down a zoning request Monday night that would have allowed for potential apartment units and townhomes. A proposal for nearly 30 acres of land near Johnson Drive and Kansas 7, near Woodsonia, to be used for the project passed unanimously at the Shawnee Planning Commission.

Blake Shelton and Gwen Stefani met each other at a difficult time in life as they were both recently divorced. In a recent interview Stefani says her relationship with Shelton actually saved her life. "Blake saved my life, everybody knows that," she shared withEntertainment Tonight .

While Democrats were celebrating President Donald Trump's impeachment last week as a " monumental victory," conservative voters were rushing to donate to the president and the Republican Party. According to the Associated Press, "since the impeachment proceedings began, the Republican National Committee has seen 600,000 new donors."

A survey of Virginia voters conducted by a university in the commonwealth's capital found that if the 2020 presidential election were held now, more residents would vote for former Vice President Joe Biden over President Donald Trump. With the other two leading Democratic candidates, the poll shows the president beating Senator Bernie Sanders and in a tie with Senator Elizabeth Warren.

Stores at Oak Park Mall are busy with last-minute Christmas shoppers, but there are volunteers busy behind the scenes wrapping up a storm for a good cause.The volunteers on the lower level at Oak Park Mall, near the Victoria's Secret, are members of the service organization Daughters of the American Revolution.They wrap up the gifts beautifully, and all they ask for is a donation.The money benefits veterans and active-members of the military.

With the Kansas City Chiefs' 26-3 win over the Chicago Bears on Sunday night, the team stands at 11-4. If the playoffs began today, they'd hold the third seed behind the New England Patriots and Baltimore Ravens - the latter now having clinched the top seed.

Patchy dense fog could reduce visibility through the morning in many spots. Once the fog lifts by late morning temperatures will make their way back into the mid to upper 50s by the afternoon. Copyright 2018 KCTV (Meredith Corp.) All rights reserved.

KC before Christmas is mostly drunk. I guess this news might distract them for a few minutes. Thanks!


Are people really that miserable that they get drunk on every Holiday? How sad.

It's great to see Troops doing good in between times killing civilians. True, they volunteered to do the killing...because after all they were not draftees...but their good deeds make up for the paths of destruction left in endless wars.

The Ghost Of Christmas Past said...

Remember when Tony provided comment threads after every news story ? It's almost as if Tony is no longer interested in the opinions of others. That couldn't be true because Tony is all about freedom of speech, isn't that right, Tony ? Truth and freedom of speech are American values aren't they Tony ?

You're commenting right now and using your free speech for poop. If you don't like it, go find another blog.

That giant flushing sound of the Slyin' James Renaissance is becoming more and more obvious by the day.


The most astounding part is people actually bought the bullshit he dished out.

The roar of the crowd was so great that.....

The hipster who is dating your gay son said...

Almost none of you shit birds are funny or witty. I suggest comment moderation because all of this stuff is just garbage. You boomers have already ruined your lives, now you want to destroy Kansas City.

Please stay in Johnson County and think about buying a condo in Overland Park. The world will thank you for it.

^^^ Merry Christmas to you smelly crotch!

Tony likes to mention "Hanukkah", during Christmastime. I think that's very sweet. I mean, so what if Hanukkah is a fake festival that played no significant role in Jewish culture until American Jews worked it up in the 20th century to become a rival to Christmas ? So what if their goal was to vitiate Christian tradition and defile feelings of national unity ? Mentioning Hanukkah is a sweet, inclusive gesture. Merry Christmas, Tony from your most favorite fan.

Yeah, yeah. Just hand over my coffee, you're not getting a tip.

^^^ Just have Mommy bring it downstairs to you Adolph, along with your monthly change of size XXXXL sweatpants and t-shirt.

6:23, those "civilians" being killed by our soldiers are Isis fighters, who would kill our soldiers and us if they were able. The only reason you can claim they are "civilians" is Isis is not a nation-state and therefore cannot have a military in the strict sense. But for all practical purposes, when our soldiers shoot, they are killing Isis soldiers.

Just remember the majority of posters to this nast blog are retarded fucktards you don't to see in the real world. Chuck..stupid dave...clit matlock...et al. The only thing this blog has going for it are the geezer hater and the "weird" guy. Everybody else are dullards.

Oh Chimpy. You aren't fooling anyone. Simian self promotion! Lol

What? Chimpy, are you repeating something a human said? Do better ya dumb monkey! Lol

Merry Christmas, fanboy. Here's hoping your shelter doesn't run out of food before you get there tomorrow.