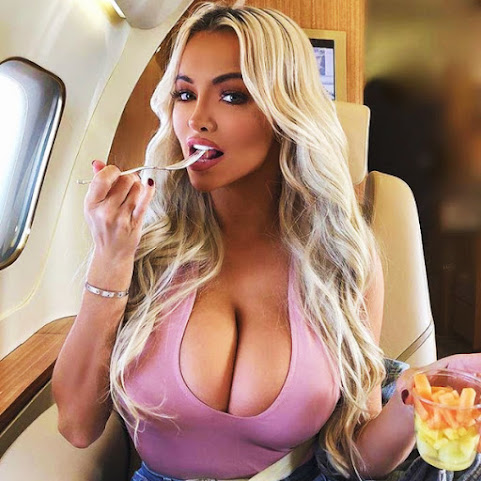 We're in a hurry but don't want to skip our morning diet of pop culture, hotness, community news and all manner of important local items. Take a look:

KANSAS CITY, Mo. - Crews are making progress toward setting the foundation at the new Kansas City International airport terminal. Production-pile work is under way at the airport. Piles are cylindrical pieces of material such as steel or concrete driven into the ground to support a structure.

Investigator are continuing to search for the suspect in an overnight break-in who ran from the scene after the homeowner, a Kansas City police officer, opened fire.

RAYTOWN, Mo. -- Staffers at one metro pet rescue said they witnessed an act of cruelty. Surveillance cameras at Raytown's Midwest Animal ResQ showed a man dumping a cat, still inside its pet carrier, and high-tailing it. But leaders at that shelter were still able to learn his name and address.

Lindsey Pelas got pulses racing on Wednesday when she posted a brand new video from behind the scenes of her "Wild West" 2020 calendar to her Instagram account. In the video, Lindsey stuns in an array of revealing outfits. The blond bombshell is seen rocking a red velvet dress with her cleavage exposed.

Colin Cowherd recapped the NFL weekend on his show today, and whether your team won or lost is apparently completely unimportant. For example, the Chiefs beat the Patriots. You might think, "Winning good for Chiefs, losing bad for Patriots!" But it's not that simple.

Hollywood attorney Martin D. Singer is best known as the lawyer celebrities hire to terrify journalists-usually through intimidating demand letters threatening all manner of punishments and litigation-into not publishing facts that might cast them in a negative light.

Third base. Now it's getting easier. The Royals have had several really good third basemen. Only pitcher and outfield would boost most firepower for the Royals than third base. The other thing about the third base position is that most of these players were drafted and developed by the Royals.


Man who ate the $120,000 banana art installation says he isn't sorry and did it to create art

Written by By Alaa Elassar, CNN When a banana that was duct taped to a wall sold for $120,000, not everyone understood the artistic inspiration behind the piece. But one hungry artist did. David Datuna, an installation and performance artist from Georgia, peeled off the art piece from the wall on Saturday and ate it while hundreds of stunned onlookers watched.

COLUMBIA, Mo. - New Missouri football coach Eliah Drinkwitz's six-year contract will pay him a guaranteed salary of $4 million a year, a source with knowledge of the contract confirmed Monday. Further details will be available when the contract is formally approved and released Tuesday.


Did a Drunk Crop Duster Drop Manure From the Sky in Kansas?

On Dec. 7, 2019, World News Daily Report published an article positing that a drunk crop duster had accidentally dumped 4 tons of manure over Kansas: Shit Falls From the Sky in Kansas: Drunk "Crop Duster" Plane Pilot Spreads 4 Tons of Manure Over City El Dorado, Kansas | An agricultural airplane pilot made a serious mistake this morning while operating his aircraft under the influence of alcohol, accidentally dumping his cargo of manure over cars, houses, and residents.

LEE'S SUMMIT, Mo. -- On Monday, fans of the movie "It's a Wonderful Life" got the chance to meet one of the film's stars, actress Karolyn Grimes, who played Zuzu, at a special screening at Alamo Drafthouse. Among those in attendance, were John and Ruth Mencl of Lee's Summit.

Hide Transcript Show Transcript WE MAY NOT BE THERE YET LONG-TERM. WE ARE GOING THAT WAY. MORE FREQUENT BOUTS OF SUBFREEZING AIR LASTING LONGER DEEPER IN DECEMBER AND WINTER. 17 DEGREES FEELS LIKE WINTER THIS MORNING. WIND CHILL. YOU WILL FEEL THAT. SEVEN DEGREES. YESTERDAY, 50. THIS MORNING, FEELS LIKE SEVEN.