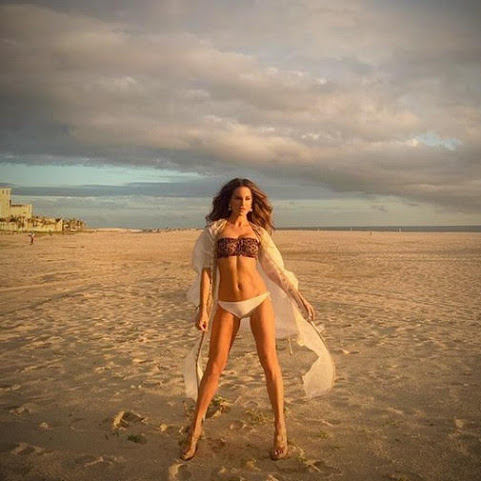 Tonight we offer tribute to the everlasting hotness of Kate and check these community, local, pop culture news items.

Give East Side A Brake


Pedestrian seriously injured after being hit by car near Poplar and E. Linwood

KANSAS CITY, Mo. -- A pedestrian suffered serious injuries after being struck by a car on the city's east side. Kansas City police responded to the area of Poplar Ave and E. Linwood around 3:40 p.m. Thursday. According to police, a woman walked out in front of a car before she was hit.

Cleaning Up This KCMO Dump

KANSAS CITY, MO (KCTV) -- According to the police, there is an illegal dumping situation in the 5200 block of Independence Ave. Police said the person who owns the property lives out of town in Minneapolis and was cited two months ago for trash and illegal storage.

For Jeff Jones, the idea started at home. As he's watched his teenage daughters grow up in a world ruled by devices and apps, he's worried about the lasting social toll of technology. "The problem is a really big problem in society today about social isolation," he said.

KANSAS CITY, MO (KCTV) -- Following a chase, the KCPD said they have someone in custody who was driving a vehicle tied to a homicide investigation. The pursuit began in Kansas City, Kansas and ended in the area of Truman and Spruce before 12:30 p.m. Stop sticks were deployed, which flatted two tires.

View this post on Instagram ❤️☀️🍣 A post shared by Kate Beckinsale (@katebeckinsale) on Dec 1, 2019 at 12:54pm PST Kate Beckinsale had a child, is middle-aged, and smoked cigarettes, and she still looks like the sexiest thirty-something-year-old on the planet. And I call bullshit! Obviously we're being duped in a major ...

subscribe to The NPR Politics Podcast podcast When news broke that California Sen. Kamala Harris was dropping out of the presidential race on Tuesday, some fellow Democratic candidates quickly began ringing alarm bells. Harris was the only non-white candidate to have yet qualified for the next presidential debate on Dec.

Karen McDougal, a former Playboy model who says she had an affair with President Donald Trump in 2006, filed a defamation lawsuit against Fox News, The New York Times reported on Thursday.

"The View" co-hosts had a spirited debate on Thursday as they discussed whether Stanford Law professor Pamela Karlan acted inappropriately when she made a joke referencing the president's son during the previous day's House Judiciary Committee impeachment hearing. Karlan received a wave of backlash after she used Barron Trump's name in an attempt to make a point about President Trump's authority.

In less than two years, two-thirds of Cerner's top executives have either retired, resigned or announced their departure. That leaves just three C-suite occupants who worked with the late Neal Patterson. Here's a look at the revolving door at the top:

INDEPENDENCE, MO (AP) -- A Grinch has stolen a large Santa Claus from the porch of a historic mansion in the Kansas City area. Police in Independence say the jolly old elf was snatched Tuesday or Wednesday from the Vaile Mansion. Built in 1881, the three-story Gothic-like structure is open to the public as a museum.

It's officially that time of the year. The latest Thanksgiving in recent memory has finally passed. The Plaza and Mayor Quinton Lucas' tree are lit. Kansas City is ready for phase two of the holiday season - the one with a dedicated song. 4 - 10 p.m.


Brace yourself for a couple shots of cold air

Enjoying the mild temperatures? Yep, I thought you were. Friday will be cooler as a cold front traverses the area and cooler north winds race toward an area of low pressure moving along the Red River on the Oklahoma/Texas border. You can see the surface set up for Friday below.

Application for @kcpublicschools is not working for us. Please help! The system doesn't think we live in the district and it thinks our twins are the same people - thinks one is already in the system.

Also, the number provided for the help desk requires an extension. Should we just print everything out and take it to @kcpublicschools headquarters? We are not sure what to do!

If you're stalking this nobody on twitter, you could start by pulling your head out of your ass.

And then try posting something funny.