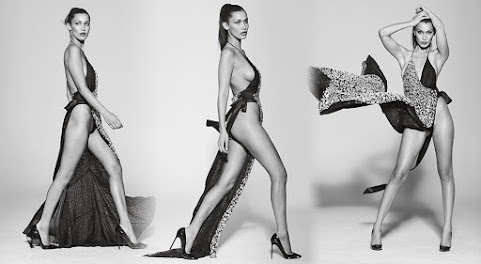 Black & white photography is our fave as a classic set inspires our for the early morning and we review pop culture, community news and other items of interest for right now . . .

KANSAS CITY, Mo. -- At least five cars were badly damaged on one popular Kansas City street where drivers say there should have been warning signs about the recent road work. "It felt like I thought my whole tire went off my car or there was this humongous blow out or something," Melissa Hernandez said.


Red Cross responds to 14 house fires in one week

Kansas City's Red Cross responds to more house fires than any other region in the country.In one week, disaster teams responded to 14 house fires in seven days, helping more than 40 fire victims."Every morning, we are waking up to a family who has lost their home. They've lost their possessions.

KANSAS CITY, Kan. -- A metro fast-food worker is accused of stealing a customer's phone and then tossing it in the trash. Cassaundra Wells said a recent visit to Burger King, at the corner of 40th and Rainbow, left a bad taste in her mouth.

Family drama. One month after real estate developer Mohamed Hadid was ordered to tear down his $100 million Bel Air mansion due to safety concerns, neighbors allege that Gigi and Bella Hadid 's dad is committing bankruptcy fraud by removing valuables from the property.

Senate Majority Leader Mitch McConnell is expected to hold a final vote to acquit President Donald Trump should he be impeached, when a majority of senators believe his trial has run its course instead of holding a vote on dismissing the articles of impeachment, two Republican senators told CNN on Wednesday.

PREZ TRUMP CAN FIND YOU!!!

President Donald Trump's reelection effort has retained the services of a technology company that specializes in the mass collection of smartphone location data, which can be used to track voters for political targeting purposes.

One Kansas City-area animal shelter is overflowing with puppies.Wayside Waifs took in transfers from an overcrowded animal shelter in Oklahoma."A lot of those puppies are the heelers. We've got a couple of beagle mixes, Lab mixes," said Casey Waugh, of Wayside Waifs.Fifteen puppies are ready to be adopted now."They're already to go.

Karnes Boulevard meanders through the Coleman Highlands, Volker neighborhoods, Roanoke Park, between Southwest Trafficway and 31st Street, and continues southwest where it intersects with Roanoke Road and Wyoming Avenue. The view on this hand-colored postcard published in 1911 by Hall Bros.


The warming trend will continue with some wind

Better title for ya T,

The GO bond money is either already spent or designated for one "project" or another.
And very little has anything to do with maintenance or repair of streets.
Thanks for playing, voters.
Schulte's now over at the JaCo courthouse and Sly and Justus are nowhere to be found.
What shell is the pea under this week?

A lady to stupid to keep track of her phone has no business carrying one. There is another local business that has a policy to trash any found phones as they are more trouble to deal with than they are worth. Finders keepers, loser weepers.