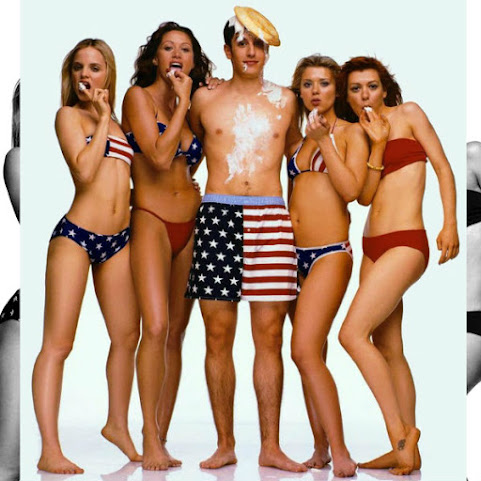 As always, we start this morning with pop culture, more history, community news and a few more items of interest . . .

Department of Corrections numbers show nearly 44 percent of people released from prison in Missouri will be reincarcerated. A local organization, KC Redemption, is looking to change that, giving released inmates a second chance at life.

KANSAS CITY, Mo. -- The sun is out, and the snow is melting, but that doesn't mean the ice is gone. With temperatures dropping overnight that melted snow is bound to quickly re-freeze. If you're seeing those thick sheets of ice on neighborhood streets, Maggie Green with the city's Public Works department said they can help.

OVERLAND PARK, Kan. - A family in Overland Park has been waiting months to receive money the Department of Veterans Affairs promised them after the death of their mother. David Plyer said getting answers from the VA has been a nightmare since his mother died in January.

A quartet of Independence Police officers rescued a dog Tuesday evening after it had fallen through an icy pond just outside its home. According to police, the officers responded at 7:41 p.m. to a pond near the 300 block of East Partridge Avenue, just east of Noland Road.

Twenty years after its release, American Pie is still regarded as a great comedy. The film - which became a sleeper hit in 1999 and spawned a franchise that somehow has seven sequels - follows four teenage boys as they make a sex pact in an attempt to lose their virginity before graduating high school.

Good morning and welcome to Fox News First. Here's what you need to know as you start your Thursday ... Trump impeached over Ukraine dealing, as Pelosi floats holding up Senate trial Without any Republican support, the House on Wednesday night voted to impeach President Trump for "abuse of power" and "obstruction of Congress" related to his dealings with Ukraine, making Trump the third American president ever to be impeached.


Lights, Camera, Action! Tara Reid's Been Busy Since 'American Pie' - See What She's Been Up To

Tara Reid has come a long way from her days on 'American Pie.' Find out what the actress is up to today and see what projects she has on the horizon!


'The Far Side' Returns With Updated Website and (Potentially) New Comics

After a 25-year hibernation, the beloved comic strip The Far Side returned Tuesday with a revamped website, unseen sketches and the promise of new comics in the future. In September, cartoonist Gary Larson hinted on the long-dormant Far Side website that the comic would reappear in 2019 in some capacity; "Uncommon, unreal, and (soon-to-be) unfrozen.


Midtown restaurant owner welcoming the homeless inside for a warm, free meal

KANSAS CITY, Mo. -- A restaurant in Midtown is warming the hearts and bodies of those experiencing homelessness by offering them free food. Brooke Alexander is the owner of Sheng Chinese Restaurant on the corner of Broadway and Linwood. On Thanksgiving, she saw a homeless woman digging for food in the dumpster outside her restaurant.


Heart transplant recipient gets married at University of Kansas Hospital

He received a new heart. He decided to marry his girlfriend at the University of Kansas Hospital because he said it holds a special place in his heart.


Much warmer air builds in through the weekend

KANSAS CITY, Mo. - Share in our weather experience on the weather blog. Click on the blog at the top of the page for more information. For a full list of weather alerts, The warming trend begins today with highs well into the 40s Winter begins Saturday at 10:19pm Highs reach 50s by the second half of the weekend KANSAS CITY'S MOST ACCURATE FORECAST: Thursday: Mostly sunny and much warmer!

Days past and no white Christmas. Sorry.

Same ol' Killer Shitty pablum and bullshit. I feel sorry for those that have to report or blog about this shit.

^^^^ We feel sorry for you. You leave the same kind of dumb-ass boring comments but keep hanging around. Please find a new hobby and stop bothering everyone else.

Tara has aged about as well as 2 month old roast beef.