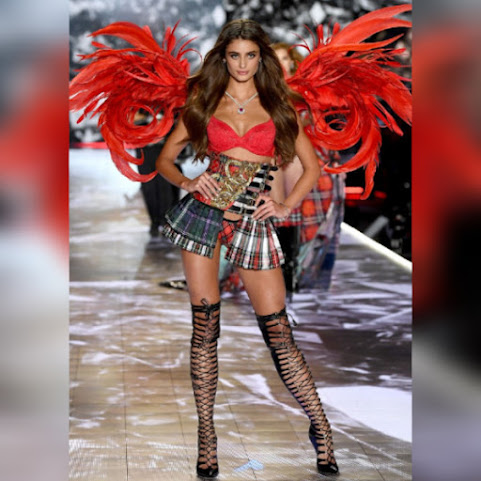 Tonight we share an EXTENSIVE look at the mainstream, pop culture and community news scene for our most dedicated denizens of the local discourse . . . Checkit:

WASHINGTON (Reuters) - Jerrold Nadler, the Democratic chairman of the House Judiciary Committee, said on Sunday his panel could vote on articles of impeachment against President Donald Trump this week. "It's possible," Nadler said on CNN's "State of the Union."


Upcoming construction impacts traffic on I-435

KANSAS CITY, Mo. - More closures to come to Interstate 435. The Missouri Department of Transportation will be completing signage work and shoulder repairs effecting various lanes and ramps. The outermost right lane of eastbound I-435 from State Line to Three Trails Crossing will close at 7 a.m.


2 injured in crash on Ward Parkway

KANSAS CITY, MO (KCTV) -- Two people were sent to the hospital after two high-end vehicles crashed into each other on Sunday afternoon. The crash happened before 3:30 p.m. in the area of 59th and Ward Parkway. An Alfa Romeo was on Ward Parkway when a Tesla tried to cross at the intersection and hit vehicle, causing it to flip over several times.

KANSAS CITY, Kan. -- An argument apparently led to shots being fired at a KCK shopping district this weekend. Police say there was an argument at an unidentified business along Village West Parkway on Saturday night. An officer on duty stopped the argument, and as both parties were headed to their cars, someone opened fire at the other party.


From 1995-2018, See the History of the Victoria's Secret Fashion Show Through the Years

After 23 years of memorable runways, Victoria's Secret executives confirmed that the 2019 fashion show is canceled. Here's a look back at the moments and models that built the lingerie giant

Ho, ho, no! Walmart has apologized for an adults-only Christmas sweater that appeared to depict Santa with cocaine on its Canadian website, according to a report. The retailer pulled the holiday outfit - along with several other risque seasonal sweaters - Saturday after they caused a stir with social media users, Global News Canada reported.


Trump: Fox News 'panders' to Democrats by having on liberal guests

on Sunday renewed his criticism of Fox News, claiming that the network was pandering to the Democratic Party by repeatedly hosting liberal lawmakers to discuss the impeachment inquiry. "Don't get why puts losers on like [Rep.


Lindsey Graham torches Schiff over impeachment tactics: He 'is doing a lot of damage to the country, and he needs to stop.'

Senate Judiciary Chairman Lindsey Graham, R-S.C., is preparing for a likely impeachment trial in the Senate, and he lambasted House Intelligence Committee Chairman Rep. Adam Schiff, D-Calif., for his actions in leading the inquiry into President Trump. Republicans have been criticizing Schiff for subpoenaing and releasing phone records of calls between the office of former Intelligence Committee Chairman Rep.

" Saturday Night Live" cast member Kate McKinnon resumed her role as Speaker of the House Nancy Pelosi in the Dec. 7 episode to offer a few prayers for Donald Trump. During the "Weekend Update" segment, co-anchor and "SNL" co-head writer Colin Jost first commented on Pelosi being asked if she hated President Trump during her most recent weekly press conference.


Caroll Spinney, Sesame Street's Big Bird and Oscar the Grouch, Has Died. Here Are Some of His Best Performances.

Caroll Spinney, the puppeteer who played Big Bird and Oscar the Grouch on Sesame Street from the show's 1969 debut until his retirement in 2018, died Saturday at his home in Connecticut at the age of 85, the New York Times reports.

KANSAS CITY, Mo. - Kansas City's Center for Conflict Resolution hopes to take some of the anger and stress that children struggle with and help them release it in a healthy way. Damone Cox, a conflict resolution mediator, said leads boxing courses at the Gregg Klice Community Center, dishing out tips that apply not only in the ring but in life.

NEOSHO, Mo. - Each year, thousands of people around the world mail their holiday cards and letters to the small town of Noel, Missouri, nestled along the banks of the Elk River in McDonald County. Since the early 1930s, it's been a tradition for the Noel Post Office, assisted by volunteers, to stamp all holiday mail with a special postmark.

If you're a shifty business owner or rogue politician and see KMBC 9's bulldog reporter Micheal Mahoney barreling your way, well, just know that things are about to end badly for you. Mahoney has been covering big stories and breaking news in the metro for nearly 40 years at the local ABC affiliate.

Gift-giving can be challenging enough when you're human. But when you're a mouse, it's really tough. Kansas City artist Charlie Mylie has just released his first children's book about this difficulty. "Something for You" is about a mouse who delivers a cake to a friend and finds her unwell, not in cake-eating spirits at all.

And so once again audiences are invited to bear witness to the spiritual transformation of Ebenezer Scrooge from penny-pinching cynic to warm-hearted benefactor to the poor. And again theatergoers fill virtually every available seat to see Kansas City Repertory Theatre's annual take on "A Christmas Carol," the 1843 novella by Charles Dickens, who used his slim book to shine a light on the plight of the working poor.

NORTH KANSAS CITY, Mo. - Chappell's in North Kansas City was once called one of the best sports bars in America. In October, it got a makeover. The process of renovating it came after Jim Chappell sold the establishment in 2018. "It didn't go well with them," Chappell said.

A Southern California church is displaying a nativity scene depicting Jesus, Mary and Joseph as a family separated at the U.S.-Mexico border. A photo posted Saturday on Facebook by a senior minister at Claremont United Methodist Church, east of Los Angeles, showed the Holy Family inside three chain link cells topped with razor wire.

Another mild day in the region today despite all the clouds...as I type this blog we're around 50° and very cloudy. The clouds will linger through the night but so will the mild temperatures. So we'll probably have another midnight high in the area well into the 40s.

Impeachment will die a very quick death in the Senate and won't do much good in the election. Just look at history.

Not a Trumper, just remember how negatively impeachment hurt the GOP after they tried it with Clinton. It took years for them to recover from the damage and distrust from voters.

Gotta get that coke santa gear for the KC ugly sweater party. Thanks!

Republicans already have the tax cut for rich donors, & the conservative picks for the Supreme Court. They don't need der Fuhrer anymore. As he becomes increasingly ridiculous, they may choose to cut their loses, & remove him for a Pence Presidency.

They should vote to remove him from office. His continued occupancy is indefensible, but they are only for the rule of law in their own imaginations. In reality they are segregationists who want to perpetuate the fantasy of a christian country of white men, by white men & for white men (as the Founders intended.)

The difference between the Clinton Impeachment & the Trump Impeachment is that Clinton only lied about sex. Trump lies about everything, everyday, all day long.

They are being judged now, & if they vote to acquit they will be judged again, & they will pay a price for it in the long run. We are witnessing the end of the Republican Party.

The only way they can save their future is to trade Trump for Pence.

Its really a shame that the new owner of Chappell's in NKC didn't pay some attention to the menu hen the place was being made over.

Optimistically, we tried the "new" version twice (anyone can have an off day), only to find both times that the food was as crappy as ever.

With all the new places to eat and party in NKC, this relic had better rethink its direction, "Sports Bars" are about as relevant as "Fern Bars" or "Discos" to today's Society.

Maybe Jim should cutback on his visits, or try going to one of the other venues in NKC in order to understand why one can always find empty parking places in front of his joint on Friday and Saturday nights.

Trump in a landslide over a less than enthusiast Demoncrat giving free shit to everyone but knowing it is all a lie.


Show me the man and I will show you the crime. Joseph Stalin aka democrats of the united States of America.

^^^^ Do you have any idea how un-American you sound, you Trump-worshiping piece of shit?

“What’s a high crime? Doesn’t even have to be a crime. It’s just when you start using your office and you’re acting in a way that hurts people, you have committed a high crime.”

Trump stopped the Clinton's. That's what the libtards can't get over.

@6:57 As I said, any place can have an off day, so yes, I gave the place a second chance. Maybe that makes me a "Moron" in your opinion, but who cares?

After all, your opinion comes from YOU!
(With all that implies.)

But, you're right. Republicans dgaf what the President does so he will be acquitted. It's a great precedent to set going forward for our future Presidents.

You mean Clinton committed perjury and suborned perjury, which (you may not know this) is not ok for lawyers, let alone Presidents. Fixed that for you.

And as Jonathan Turley pointed out, this is the first "impeachment" in which there's a dispute about whether a crime was committed, and it's a huge dispute.

What's worse... venerable Democratic President FDR imprisoning American Japanese during WWII or Trump's phone call? Any reasonable person can make the distinction. Unless of course, you're a Democrat.

The missing spoke in the wheel for the criminal democrats was hillary. And guess what with the criminals trying everything in the world to get rid of trump they’ve destroyed themselves. I wish we could execute a few of fuckhousers hero’s along with fuckhouser himself. Who needs the pieces of garbage anyway