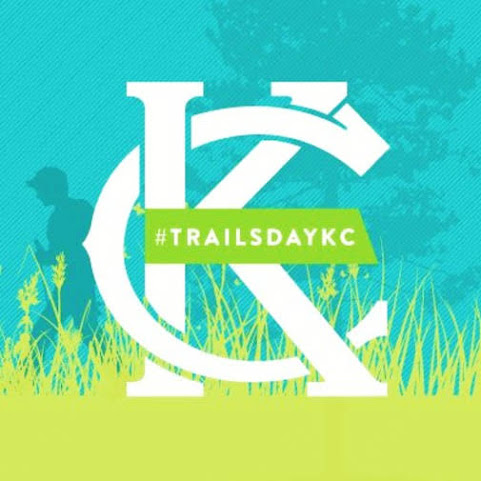 Just now, the newspaper offers this bad idea as they prep to drop out of daily paper status next year:

"To keep the public safe and bolster their odds of newspaper survival, today the newspaper advocates against gun rights and proves they don't know much about how Jeff City works.

"St. Louis has taken action to keep guns out of city parks. The St. Louis Board of Aldermen recently approved an ordinance that classifies the city’s parks as child care facilities, which state law mandates are gun-free zones.

"Could Kansas City steal a page from St. Louis’ playbook and do the same?

"St. Louis officials are braced for a possible legal challenge, but if the ordinance survives, Kansas City should follow St. Louis’ lead and prohibit firearms in city parks."

IN ONE OF THE MOST MISGUIDED EDITORIALS OF THE YEAR, THAT KANSAS CITY STAR DEMANDS POLICE WORK TO DISARM LAW ABIDING RESIDENTS IN ORDER TO LEAVE THEM AT THE MERCY OF ARMED CRIMINALS!!!

It's a myopic, naive and dangerous plan hatched by willfully ignorant hacks who would rather risk lives by simply suggesting this kind of nonsense rather than focus on more productive ways to bring peace to Kansas City's urban core.

We can only hope they're trolling readers -- Still, this kind of radical anti-gun propaganda represents such a small segment of local opinion that the screed defies serious consideration.

Translation: This kind of tripe isn't worth getting mad about . . . It's just another example that the decline of dead-tree media isn't really sacrificing serious investigative journalism. Instead, the end of the KC newspaper simply cancels a bunch of pundits who think they know better than most of the American public, local residents and the Super-Majority in Jeff City.

Sadly, this blog is the only news-ish outlet to push back given that most social media denizens simply ignore this kind of fodder.

The Star has no voice and as it heads to short-sellers and bankruptcies and is controlled by hedge-finders....the employees left are exactly the ones that...well... to put it kindly...

The editorial board continues to repel new subscribers and burn existing readers as it opinionated and alienated readers on topics.

Think of it this way: If you were a company and wanted more customers.. Would you print opinions that enrage people and alienate? It serves no purpose as most are not swayed and the rest.. you are preaching to the choir.

The Obvious: Eliminate Traditional Editorial Board Members (put them on the street doing stories) and get rid of worthless expense and show other papers how it’s done. What you are doing IS NOT WORKING! Anything else fits Einstein’s definition of Insanity.

So in other words, they want you defenseless in the Parks. Like the Queers do.

It's a Democrat City.

Politicians want you helpless in the face of the newest block of voters that support them, thugs in the penitentiary. In Frisco, you can rob up to $900.00 in theft and NO CHARGES will be assessed. Car break ins are endemic and theft is through the roof, while people literally take a shit in the grocery store, on the floor. Speaking of parks, they are littered with human feces, needles, trash and entitled drug addicts and drunks who will kick your ass if you don't hand them some cash.

My daughter is moving soon back home from Ca., she hates it.

The ongoing push for the destruction of the Rule Of Law, leaves a vacuum that Progressives hope will be filled by a new voting class, that needs a hell of a lot more than Bread And Circus to get them to the polls, they need YOUR money and property.

It will be much easier for this newest class of voter, to acquire your goods and property, if, you don't have guns.

Even if you legally use your guns to protect your life, you will STILL be subject to the whim and caprice of a corrupt legal system. Just ask the "Half White" George Zimmerman".

Thanks for posting this Tony.

The Star probably figures they have a better chance of acquiring liberal grant money if they go even harder left. The logic is not awful - liberal organizations like to see opinions straight from the AOC playbook - but the strategy has one fatal flaw.

Star will be completely out of business within two years . . . and maybe even one. McClatchy is as good as dead right now . . . the hedge fund that owns it has been squeezing out the last pennies (mostly by selling assets) for some years now.

Google and company will toss a little money toward KC for advocacy journalism . . . but not enough to keep the sinking ship afloat

Dimwits have no answers to anything except to take away all your rights, especially if your white, if you’re black, you can get away with murder. yes, they are that stupid.

The Star has the classic Walter Smitty Syndrome.

This, from Chicago and the idiot liberals at VOX. ---

Consider this headline in Vox, “Two gunmen wound 13 at a Chicago house party honoring a gun violence victim.” The website, which considers its mission to be educating younger readers, goes on to blame two factors:

Second, the US has a ton of guns. (snip)

Chicago and Illinois have among the strictest gun laws in the nation, of course. And there are many parts of the nation where gun ownership is high and violence very low.

But to really understand the depth of Vox’s propaganda (and that of many other media outlets), consider who the “gun violence victim” that was being honored was: a carjacker that was killed as he was committing his violent crime.

So, basically the Star's idea of foiling criminal activity is to go after the people who aren’t breaking any laws.

Stupid is as stupid does.

Doubling down on a business model that has been proven over and over again to be harmful to the business. The problem is, journalists are convinced that their opinions are of greater value than everyone else's. The truth is otherwise. It has been staring them in the face for decades, they just won't acknowledge it.

^^well if it's been staring them in the face for decades dumbass, then it wasn't the truth! God, were you born this dumb shit-for-brains?

Fuck it. I’m going to the bar for some drinking and fighting and fucking.

9:37, substituting vitriol for logic again. Wipe the spittle flecks from your face and think about it some more.

Their Walter Smitty syndrome extends to their mirrors and all they see is a head that is 3 sizes bigger than anyone else’s and a heart that is 10 sizes bigger.

The fact is the wizard behind the curtain keeps telling them to fear BS so they spew the Pelosi/Schiff playbook not knowing normal.

In the meantime all the old people die and no one buys the paper and the stock is shorted and the go out of business.

Their worth is when they hit the street their wages are fractional.

If only the Tinman were representive and looking for a soul... The wizard would have no answer for them.