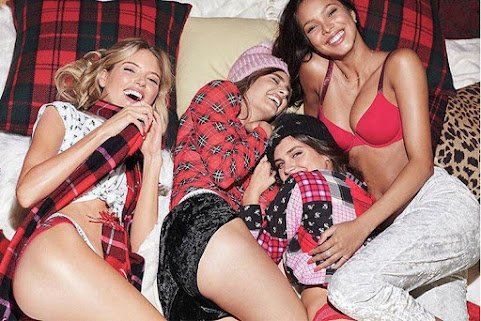 
Kansas City Fight For Traffic Right Of Way Rolls Out

Hide Transcript Show Transcript IT KIND OF LOOKS LIKE A CANDY CANE. FOR YOUNG CYCLIST REGAN LEE IT IS SAFETY FIRST. REGAN AND HER DAD SHAUN ADMIT NO MATTER HOW SAFE THEY ARE IS, DRIVERS HAVE TO BE AWARE THAT CYCLISTS ARE ON THE ROAD.

KANSAS CITY, Kan. -- A metro family is asking the public to be on the lookout for their mother's wedding rings, which disappeared from her nursing home around the time of her death. Wanda and Robin Hamblin would've celebrated 63 years of marriage on Jan. 5.


L Brands Continues to Decline on Weakness in Victoria's Secret

Shares of L Brands, Inc. LB have declined and underperformed the industry in the past six months. Notably, the Zacks Rank #4 (Sell) stock has dipped 29.5% compared with the industry's decline of 7.9%. L Brands is struggling to make a comeback in the wake of rising competition from online rivals like ThirdLove, Adore Me, Lively, and True & Co.

At least 65 people are dead after a massive car bomb exploded at a busy intersection on the outskirts of Somalia's capital Mogadishu on Saturday, a government official says.

Nobody saw it coming. Hong Kong's year of protest and violence stunned everyone from observers to participants. What started the crisis was political - but emotion has fuelled it. We picked seven to explain this year of tears, exhilaration, broken relationships and personal pride.


New Russian weapon can travel 27 times the speed of sound

China Friday launched one of the world's most powerful rockets in a major step forward for its planned mission to Mars in 2020.

KANSAS CITY, Mo. - The Kansas City Royals signed Maikel Franco to a $2.95 million contract Friday to be their everyday third baseman next season. The deal, which was agreed to earlier this week, includes up to $1.05 million in incentives. The 27-year-old hit .


Saturday will be soggy one

Hide Transcript Show Transcript FROM THE SOUTH. ABSOLUTELY CLOUD COVERED EVERYWHERE, SO DON'T EXPECT SUNSHINE TODAY. OUT TO THE WEST, THERE IS THE LINE OF THUNDERSTORMS. THIS IS COLDER AIR BEHIND THIS WORKING ITS WAY ACROSS THE PLAINS AND IT WILL AFFECT US. LOOK AT KANSAS CITY AND WICHITA, 43 AND 53.

He turned into Chimpy's fanboy.

The KANSAS CITY ATHEIST COALITION is folding! The members dont like rules! Bahahahahaha!

It was nice that the entire membership of Bike/Walk KC turned out, and even nicer that the photographer was able to get every one of them in the same shot.

^^^^ Coming from someone who's ass is too big to get on a bicycle.

^^^Fuck off you hateful bitch. Try and accept the real truth once in a while you fudge packer.

^^^^ There was over a hundred bikers that showed up last night you bed sore picking recluse.

One Hundred out of a population of 449,000+?
Yeah, you Posers sure need special consideration!
TAKE BACK KC's STREETS!

TOP PHOTO
The usual reaction to "Chuck" asking a girl out.

Russia and China both launch innovative and improved rockets on the same day, guess that was the "Christmas Present" Kim talked about!

Odd isn't it that a new "Axis of Evil" (Russia, China, North Korea) consists of the Countries our President seems to admire the most and has "buddied up" to for three years wile doing his best to alienate our traditional Allies.

^^ Yea, our president buddied up to Russia so much that he did what Obama wouldn't do -- give Javelin anti-tank missiles to the Ukrainians to protect them from the Russians. Used toilet paper is more valuable than Dem talking points.

Two questions @5:27 -
1) Notice the timing of "giving" Ukraine anti-tank missiles, ONLY after Trump's dumb-assed attempt at extortion blew up in his face?

2) Has the Ukraine even received those missiles yet? The Pentagon says no.