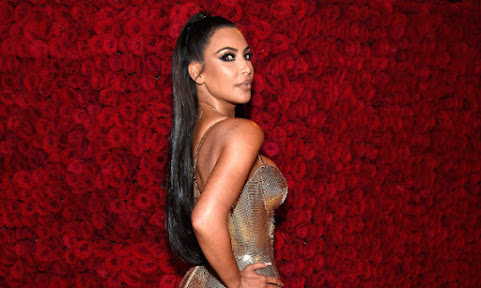 Right now for our most diehard readers we arrange this collection of community news, pop culture and all manner of local news item . . . Checkit:


The 6 best spots for selfies with The Plaza holiday lights

KANSAS CITY, Mo. - Don't even pretend that you're not going to take a picture if you plan on visiting The Plaza this holiday season. Officials with The Plaza released several ideas for great selfies that capture both your beautiful face and the essence of the holiday spirit that lights the streets.

LENEXA, Kan. - Lenexa Police need help locating a stolen Ford F-550 flatbed truck that had power tools, welding, construction and rigging equipment worth thousands of dollars. Police have obtained video footage that shows the stolen truck being followed by the RV seen in the picture.

As House Democrats draft articles of impeachment against President Trump and prepare for a floor vote before Christmas, a new Yahoo News/YouGov poll shows that a majority of registered voters buy their central argument for impeachment: that Trump put his own interests above the national interest when he pressured Ukraine to investigate his political rivals.

Hillary Clinton dismissed rumors that she had engaged in lesbian affairs during an interview with shock jock Howard Stern on Wednesday, and now a prominent LGBTQ advocate is "disappointed" in the former secretary of state. "Never even been tempted, thank you very much," Clinton told Stern when asked if she had ever engaged in a "lesbian affair."

Bible scholars claim to found the site where Moses smashed the Golden Calf idol from the story of the Exodus. Doubting Thomas Research Foundation (DTRF) experts have presented evidence which suggests the location of the legendary site from the Bible.

The New England Patriots traveled to their road game on two planes this week after an illness swept through the locker room. With 10 players on the injury report because of illness, healthy players traveled on their own to try to keep the illness from spreading further through the team.


Missouri hunter bags rare albino deer on last day of hunting season: 'All glory goes to God in this'

A Missouri hunter bagged a rare albino buck on the last day of firearm hunting season - a trophy he attributes to God's help. WOMAN, 104, BAGS BUCK DURING FIRST HUNT Joshua Swindle was sitting in a blind in Dallas County on Nov. 26 after having no luck all season.


Someone Said Kim Kardashian's Christmas Ornaments Look Like Evil Tampons And It's Me, I'm Someone

Every Christmas, the Kardashian-West family go all out for home decorations, although they tend to stick to their monochromatic vibe. Yesterday, Kim Kardashian West posted Instagram stories giving us a sneak peek to this year's holiday decorations, and the white "trees" are...interesting. "I love these.

'The Rise of Skywalker' looms as a big hit and everyone loves Baby Yoda. But there's also a disgruntled contingent of fans, a string of fired directors, a movie spinoff that left audiences cold and a decline in ticket sales. 'We're gonna hit pause.'

Doggie Wants To Bury You


A New Way To Calculate Your Dog's Age

The old way to think about your dog's "human age" - the age in actual years times seven - is wrong. And researchers now have a new formula they think will calculate your dog's age more accurately. Simply put, compared with humans, dogs age very quickly at first, but then their aging slows down, a lot.


In Kansas City, Grad School Teaches Us How to Do Good Food Fast

Looking at the little red brick building on the corner of 18th and Broadway, which once housed music venues like Jilly's on Broadway and Coda Bar before it stood empty for a few years, it was hard to imagine what would eventually make a home there.


Saturday will be sunny with high near 50

Hide Transcript Show Transcript 30'S, THINGS WILL WARM UP FOR THE NEXT 24 HOURS. FUTURESCAN HAS A CARRYING US THROUGH TOMORROW. CLOUD COVER AS WE MOVE ON IN AND IT ACTS LIKE A BIG BLANKET, STAYING RIGHT THERE THROUGH YOUR SUNDAY, ALL THE WAY THROUGH MONDAY, AND WE HAVE A BIT OF RAIN ACTIVITY WITH A SLIGHT CHANCE OF SHOWERS.

Better title for you Tk.

Mayor Q. selfie Lucas will be at all of the selfie locations so citizens can capture a mayor selfie.

It's not god's fault that this hunter is an asshole.

It's not His fault your an even BIGGER ONE Byron.

Thought you didnt believe in god,asshole.

Lot of political issues to discuss and these Chud's want to confirm their faith as a comment time killer ...wtf?

Was this on the Universal Studios tour?

"Hillary's eaten more pussy than I have!" -- Arkansas Gov. Bill Clinton, speaking to his mistress

Everyone in D.C. political circles knew that Hillary was living full-time with her wife Huma Abedin. If you ever called the Georgetown residence very late at night or very early in the morning, Huma was always there, and passing messages to Hillary. There was a reason for that, Bill and Hillary haven't lived together for decades, but Hillary and Huma have.

Abedin was a college student when she began working as an intern in the First Lady's office of the Clinton White House. Such a young foreign student had never before been allowed to get so close to the First Family.

If you mention "White House intern" in reference to the Clinton years, everyone immediately remembers Monica Lewinsky, but Hillary was also having sex with a female intern.

It's also a known fact from Bill Clinton's book how he and Hillary went to Haiti for their honeymoon and witnessed Voodoo ceremony's. She's been a big fan of it ever since. She also would go to a women's witches retreat in California every chance she could get. Every one who's any one knows in Pedowood. The first thing our Great President did when he got in office was sign an Executive order against Human and Sex Trafficking to help save the Children. KAG 2020