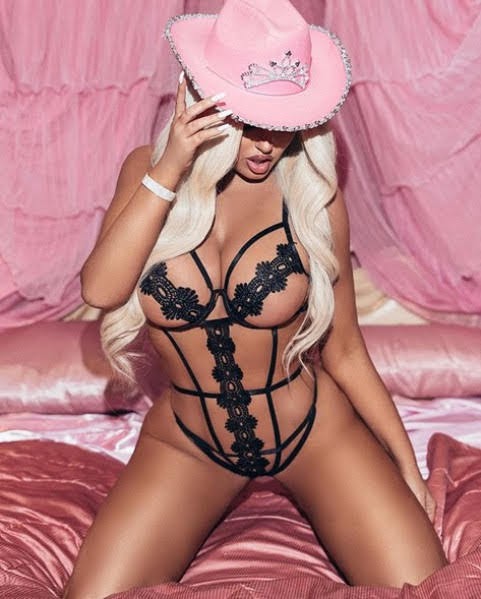 To start this early glimpse at the discourse we consider pop culture hotness, community news and all manner of local interesting items. Take a peek:

KANSAS CITY, Mo. - The 18th and Vine District hosted its first "Light Up the Block" event Friday. Organizers say the event is about pulling the community together so nobody is left behind on Christmas.

Good Cause Across Bridge


Northland churchgoers sleep in their vehicles to raise awareness, money for homeless

KANSAS CITY, Mo. -- The cold temperatures won't keep a group of church members in the Northland from sleeping outside Friday overnight. On a night when temperatures are expected to be well below freezing, Jami Larson and her two boys are sleeping in their SUV.

Abigail Ratchford stunned her Instagram followers on Wednesday when she shared a photo of herself sporting brand-new blond locks and barely-there lingerie. Much to the delight of her biggest fans, Abigail put nearly her entire body on display in the racy look. The photo showed Abigail posing on an all-pink bed with shiny, satin sheets and pillows.

Around Facebook's growth and data science teams, there is a hypothesis that getting rid of likes may actually be an effective tactic for getting users to post more original content on Instagram.

Former Vice President Joe Biden dismissed the influence of Rep. Alexandria Ocasio-Cortez, D-N.Y., as he insisted that the Democratic Party is more aligned with his policies than progressive reforms like Medicare for All. Biden has positioned himself as a moderate in the Democratic Party race, frequently criticizing proposals like Medicare for All and occasionally pushing and misleading talking points to dismiss the plans.


US flu season arrives early, driven by an unexpected virus

NEW YORK (AP) - The U.S. winter flu season is off to its earliest start in more than 15 years. An early barrage of illness in the South has begun to spread more broadly, and there's a decent chance flu season could peak much earlier than normal, health officials say.

CAMERON, Mo. - Missouri's Republican attorney general is defending a local high school football coach who is under fire for allegedly leading students in prayer. The Freedom From Religion Foundation filed a complaint against the Cameron R-1 School District. The national association of atheists and agnostics claims that the coach violated the U.S.


Don't Call Them Nerds, These Kansas Gamers Are Now Jocks At KU

Six players signed contracts, wore Jayhawk T-shirts and put on blue KU ballcaps. But they won't be running onto a basketball court or football field anytime soon. They are the University of Kansas' first varsity esports team. Some experts have raised warning flags of a potential esports bubble, but hundreds of colleges are looking at esports as their next varsity league.


"The Naughty Tour" Returns for the Fourth Year - KC STUDIO

On Dec. 17, The Folly Theater will present "A Drag Queen Christmas: The Naughty Tour" for the fourth year. The show (all ages welcome) features stars from the VH1, Emmy Award-winning reality show, "RuPaul's Drag Race," in a two-hour, full-stage production of holiday songs, costumes and dancing.


Coming Now: The Premiere of "Art House" - a Show for Cinephiles

It will be cooler for Friday evening, with temps falling below freezing by morning. The low will be 29. Saturday will be mostly sunny and a bit milder, with a high near 50 degrees.We'll see a few more clouds roll in by Sunday. It will still be dry, with the high getting to 55.

Abby rode hard all night to get the load delivered!