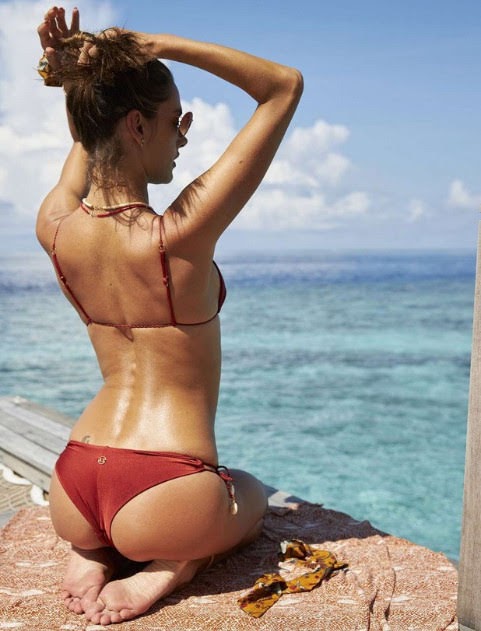 Right now we take a peek at pop culture, local news and all manner of hotness . . . Checkit:

Through the first month of the season, the Kansas City Chiefs lived up to the hype, putting on a show every time they had the chance. When the calendar flipped to October, however, the nightmare began.

OVERLAND PARK, Kan. - Mary Cyr put it bluntly. "We're on the verge of huge transformation," said the executive director of the Downtown Overland Park Partnership. In the past four years, new apartment, office and retail buildings have popped up around downtown Overland Park.

George Zimmerman has filed a $100 million lawsuit against Trayvon Martin's family - six years after he was acquitted of killing the unarmed black teen in Florida. The former neighborhood watch volunteer accuses Trayvon's mother, prosecutors and others of conspiring to concoct a false narrative through "imposter and fake witness" Rachel Jeantel, who was on the phone with the teen just before he was shot.

She founded a swimwear line with Gisele Coria and Aline Ambrosio called Gal Floripa. And on Tuesday, Alessandra Ambrosio showed off her incredible figure in a black bikini from her brand as she was snapped running into the stunning waters.

KANSAS CITY, Mo. -- Calling all Maroon 5 fans! The band is announced Wednesday that they're coming to Kansas City next year. They'll bring singer Meghan Trainor along with them to Sprint Center on Thursday, Aug. 27. Presales for the show start Thursday, Dec. 12 at noon.

It's commonly understood that the best way to explore a new place is to go straight to the locals. Each week in the Urbanist, we take that wisdom one step further by seeking out not just locals but local experts - those who are especially well versed in their cities' newest and most noteworthy scenes - to give us insider recommendations.

^^^And yet they still have the reigning MVP, Future MVP, and the best QB in the game. Weird

The gal in top pic, red bikini appears to be Kelli Ferguson who was a chiefette and dated Henry Marshall when he played for the Chiefs. I worked with her and she told me all about everything Chiefs. She was/is HOT!

^^^George Z. was getting a fucking beatdown from a teenager. Couldn't handle his shit with fisticuffs so had to pull out a gun. Pussy.

I hope the "half white" part of George Z fucks those lying Mau Muas up the ass.

- half a century past due - unrequited promises echoing through the decades, like a trophy case ringing hollow loony liberal left's impeachment pleas...


The depth gullibility swiss chiefs fandumb were a game show - 'Jeopardy' - the category 'Things hoped for but never realized', and here's your clue:


"As addicts will ever embrace a fix, this rhymes with the selling of yet another football season's 'bill of goods' to the junkie fanatics, same."

Answer: 'What is The World Champion Kansas City Chiefs.'


Of course it is

3:30 and that means what? Only that the Chiefs and you are losers.

The Pats will hand the Chiefs a huge ass whooping.

Sorry lady, downtown OP has become a disparate jumble of buildings. Not pretty!

Yes red bikini girl is Kelli Ferguson, who is Henry Marshall's old girlfriend. She must be 45 by now. That's an old modelling picture. She was a very sweet girl who could date whomever she wanted. I have never seen such a perfect girl. I heard she married a surgeon and has kids now. Cheerleader back in 1988