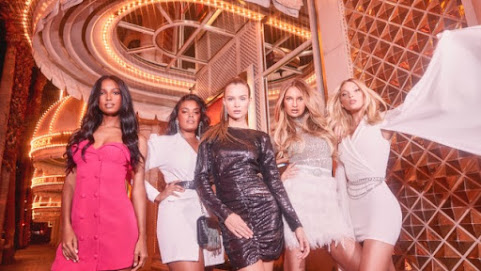 Quick glimpse at community news, pop culture and many more local topics for our blog readers this evening . . .

KANSAS CITY, MO - There's a new opportunity for people interested in working on the at Kansas City International Airport. The Workforce Training Program is part of the community-benefits agreement. Participants will receive 120 hours of classroom training, a $400 weekly stipend, a RideKC pass for the duration of the program and child-care assistance.

KANSAS CITY, KS (KCTV) - Police conduct search after 1999 cold case is reopened. The Kansas City, Kansas Police Department was called to the 1700 block of South 49th Street to conduct an evidence search Monday afternoon. The now empty lot was once a residence where Star Boomer stayed off and on with a boyfriend at the time.


Man who bragged of killing to undercover officer sentenced

KANSAS CITY, Mo. - A 26-year-old Kansas City, Missouri, who repeatedly bragged to an undercover detective about the fatal shooting another man during a drug transaction was sentenced Monday to a decade in federal prison for drug trafficking crimes. Orval L.


Chase crosses state line before ending in crash in KCK

KANSAS CITY, KS (KCTV) - A police pursuit that started on the Missouri side of the state line Monday afternoon ended in a crash in Kansas City, Kansas. Police in Kansas City, Missouri, responded to multiple reports of shots fired in the area of 30th and Prospect around 2:30 p.m.

According to L Brands, the Victoria's Secret Fashion Show, which began in 1995, has been canceled to shift its focus on digital marketing. Since the advent of the fashion, the female body has been dissected and commodified to promote new feminine ideals for sales. This might be ending.

Former New York City Mayor (D) topped Sen. (D-Calif.) in a new Hill-HarrisX poll of the Democratic presidential primary race. The survey released on Monday found that support for the former mayor ticked up from 3 percent to 6 percent among likely Democratic voters and Democratic-leaning independents. Sen.


Martin Scorsese Does Not Recommend Watching 'The Irishman' on a Phone: 'A Big iPad, Maybe'

Martin Scorsese's three-and-a-half-hour long mob epic " The Irishman " became available on Netflix - and therefore its app - Wednesday, but that doesn't mean the director wants viewers to watch the film on their phones. "I would suggest - if you ever want to see one of my pictures, or most films - please, please don't look at it on a phone, please.

BBQ Bust Out In KCK

KANSAS CITY, Mo. - A local business that specializes in cutting down trees wants to make sure families have a Christmas tree standing tall in their homes this year. Dooley Brothers Tree has set itself an ambitious timeline for the drive.

If you need to show someone they're the meaning in your life, and they're your inspiration, look no further than tickets to see two legendary acts coming to Kansas City -- Chicago and Rick Springfield.Live Nation announced Monday that Chicago would be making a Kansas City stop at Starlight Theatre on its headlining tour with Rick Springfield.


Chiefs had no penalties for first time since 1974 vs. Raiders

Exactly one week ago Monday, Kansas City Chiefs head coach Andy Reid discussed what he wanted his team to improve upon after the bye. There were some details of fixing the offense that he would not go into, but he did mention penalties.

Hide Transcript Show Transcript LAWRENCE AT 45 DEGREES. THAT IS MILDER. HERE'S THE HOUR-BY-HOUR FORECAST, WE'LL BREAK IT DOWN. 6:00 P.M., 38. 7:00 P.M., 37. ABOUT 9:00 THIS EVENING. FIRST ALERT CLOUDS AND RADAR, SHOWING YOU A FEW CLOUDS ROLLING ACROSS. THAT'S ABOUT ALL. MAKES FOR A NICE SUNSET TONIGHT.

Is this good or just weird?

Broke-ass KC Star has a grant for 3 reporters to study crime or murders in Missouri and make recommendations on how to fix.

That’s not the funniest part... even if they were to pull the rabbit out of the hat questions remain:

1. Who would read it? (Old people?)
2. Who would do something a broke lib paper recommends?
3. What kind of guarantee would anyone have it would work?
4. Liberals policies causes crime... do they really think they can solve it?
5. Shouldn’t they pay their own wages and avoid the appearance of conflict (of interest)?

As most fake news goes... proper thought...like proper pushups... not enough thought has been put into this.

What’s next? Grants for all the KC Star editorial board? Can’t make this shit up... and they wonder why they go down the tubes.

Arthur Bryants at the Legends was not tasty.