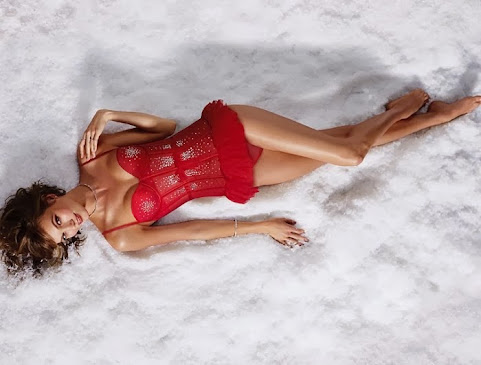 Right now we share a quick glimpse at community news, reporting on hottie biz deals and some political items that top our agenda.

KANSAS CITY, Mo. - It was round two of a winter weather blast in Kansas City Monday. For the employees at Independence Specialty Tow , the constant snow created a flurry of calls. "It's been hectic," said CJ Barrow, who took a brief break in his night to speak to 41 Action News.

Kansas City is set to be the first US city to offer free public transit. Bob Bennett, former Chief Innovation Officer, Kansas City and Tom Touchet, CEO and Founder of Smart City Media, analyse what this means for the city's residents

The U.S. Department of Labor will host an energy outreach event in Kansas City, Missouri, on Thursday, January 9, 2020. Department staff will provide information about the Energy Employees Occupational Illness Compensation Program Act and help current and former nuclear weapons workers file claims. This event is open to the public and does not require pre-registration.

Shut Down Across The Bridge

KANSAS CITY, Mo. - Construction on the Interstate 435 and Route 210 project in Kansas City, Missouri, will result in lane and ramp closures beginning Tuesday. The Missouri Department of Transportation will close the ramp from southbound I-435 to westbound Missouri Route 210 from 6 a.m. on Dec.

KANSAS CITY, Mo. -- Two days of snow means hundreds of cars around the metro now have dings, dents and, in some cases, damage worse than that. Kansas City police worked 401 crashes in the 24 hours between 8 a.m.

The retail reckoning is nearing. Traditional retailers are having trouble attracting customers to their stores. Several are having to engage in promotions to drive traffic, which is hurting profit margins. L Brands ( LB) and Victoria's Secret are caught in the middle of it.

Sean Spicer disagreed with his former boss. Pam Bondi, now a White House official, disagreed with her current boss. Spicer told me, and the former Florida attorney general told "Fox News Sunday," that it was a good thing that James Comey was being interviewed on Fox. "You were able to expose him," Spicer said.

Federal agencies will receive $25 million from Congress to study gun violence in a government spending deal reached by House and Senate negotiators - a major win for Democrats who have long pushed for dedicated funding to research the issue,

TRENTON - After more than eight hours of pounding drums, invocations of a holy power and unrelenting screams from outside the New Jersey state Senate chamber, lawmakers in the upper house on Monday declined to take up legislation that would eliminate the religious exemption for mandatory childhood vaccinations.

MISSION, Kan. - Santa and superheroes joined forces Monday evening for hundreds of children who won't spend the holidays at home. The Elite Comics community spent more than $20,000 on toys at the Target off W 61st Street and Metcalf Avenue before loading a 24-foot moving truck and driving the haul over to Children's Mercy Hospital.


Starting XI: The Dawn of a New Era

Starting XI, presented by StorageMart, is a biweekly series on SportingKC.com that highlights 11 of the biggest storylines and news updates from Sporting Kansas City, MLS and soccer around the globe. Click here to visit the Starting XI archive. 1. The Dawn of a New Era Sporting Kansas City's

It's not something we hear about too often, but freezing fog is a good possibility early Tuesday morning. That's already been the case late Monday night in southern Nebraska, and ridge of high pressure partially responsible for this is getting closer to us overnight. We're Weather Aware until 10 a.m.

Funding "gun violence research" is like providing money to academics to discover why Wednesday always seem to come after Tuesday.
The great majority of shootings and murders take place in certain parts of certain cities and are perpetrated by an easily-identified group of people.
In KCMO, KCK, and St Louis the statistics for many year make that fact very clear.
And it doesn't take millions of dollars for Ivy League studies and most likely more tax money for "consultants and facilitators" to address the issue and do something about it.
It takes moral courage and leadership.
Both lacking.
Certainly locally.
Sad.

TOP PHOTO -- BABY IT'S COLD OUTSIDE

When Karli got rear-ended and stranded in the snow, the wrecker-driver with a foot fetish scored a TOW JOB!!!

The free transit is even more noble when you consider we don't have the money to do it.