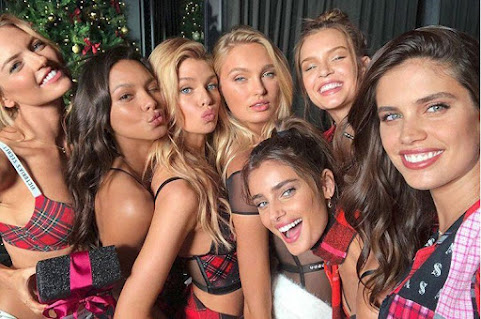 Quick news glimpse at community news, pop culture and more than a few items of local interest this morning . . .

Roll the highlight reel for a holiday-infused week of arts, entertainment and seasonal cheer(s) in Downtown Kansas City - today to Sunday, Dec. 2-8: City Market, 20 E. 5th St. This week, featuring The Sweet Shoppe , an interactive puppet performance by StoneLion Theatre that will delight the entire family, at 11 a.m.


Why salt is the perfect chemical to keep roads clear, safe

KANSAS CITY, Mo. - When snow and ice start to fall, so does the salt. You see it everywhere in the winter time, on roads, sidewalks and driveways. So why is this the best chemical to use when winter weather strikes?

KANSAS CITY, MO (KCTV/CNN/AP) -- Online shopping sales abound. If we all do all our shopping online all the time, is Cyber Monday still a thing? Yes, say experts, who note that companies often double down on internet sales, perhaps especially this year, when a late Thanksgiving means fewer shopping days.

Singer Sisqo is celebrating the 20-year anniversary of his hit " Thong Song" by revealing that its rise in the charts in November 1999 purportedly helped increase Victoria's Secret sales by 80 percent. The track, which was released on the artist's debut studio album "Unleash the Dragon," was a breakout hit for the now 41-year-old performer.

President Donald Trump and his lawyers will not participate in Wednesday's impeachment hearing in the House Judiciary Committee, according to a letter from the White House to the committee obtained by ABC News. Add Impeachment Inquiry as an interest to stay up to date on the latest Impeachment Inquiry news, video, and analysis from ABC News.


NATO is showing its age as the alliance turns 70

The North Atlantic Treaty Organization (NATO) is far from being brittle, but the alliance seems much less elastic than it once was. When its leaders gather this week in London they will need to stretch hard to bridge some of their differences.

KANSAS CITY, Mo. - Most of us have a choice to be out on the roads during winter storms. The same is not true for our first responders. "When people have an emergency, we're coming. We're coming no matter what," Olathe Fire Capt. Mike Hall said.

Bah Humbug To All

And so once again audiences are invited to bear witness to the spiritual transformation of Ebenezer Scrooge from penny-pinching cynic to warm-hearted benefactor to the poor. And again theatergoers fill virtually every available seat to see Kansas City Repertory Theatre's annual take on "A Christmas Carol," the 1843 novella by Charles Dickens, who used his ...

The defense came up big and the offense was able to move the ball when they had to - and the Kansas City Chiefs walked out of Arrowhead with a 40-9 victory over the Oakland Raiders on Sunday. There are plenty of winners and losers to choose from.


Chilly start to the week, much warmer mid-week

Thongs and a non-bidet using country means there's shit on that there string!

Remember when the public hearings began, (which prior to that the Republicans bitched incessantly about closed door hearings) and the Republicans put out their boiler plate impeachment arguments with one being "The White House's counsel is still not allowed to participate"? Is this what someone would call goal post moving?

^^^Thanks for your opinion Vladmir Putin. There's probably some people vastly more intelligent and versed in the subject matter who would disagree with you.

Oh Chimpy. So bored in the zoo.

Coming from the side that literally focus grouped the wording of their latest hoax, that's pretty funny. :)

Not you, though. You'd better check and see if Vlad is under your bed just to make sure. Lol