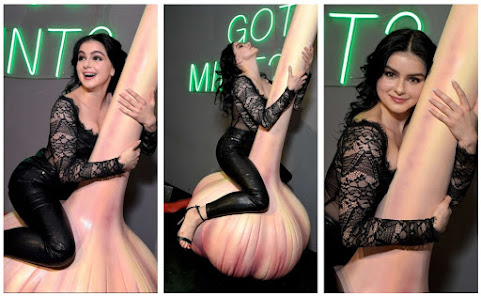 This morning we share a quickie collection of pop culture, community news and some of our favorite items of interests that don't fit anywhere else. Take a peek:

KANSAS CITY, Mo. - With the flip of a switch, the Veterans Community Project is celebrating the completion of its tiny home village at East 89th Street and Troost Avenue. The milestone is years in the making. What started as a mission to house homeless veterans has grown into a full suite of support services from medical care to free bus passes.

KANSAS CITY, Mo. -- By the end of the month, Pendleton Arts Block will be filled with tenants. It's Kansas City's newest mixed-income living space. "This will be a new neighborhood for me. I came from St. Joseph, Mo. Now I'm relocating back here," freelance artist and new tenant Shamari Robbs said.

Sickness Rises In The Dotte

KANSAS CITY, Kan. - There has been an increase in the number of reported cases of pertussis, commonly referred to as "whooping cough," to the Unified Government (UG) Public Health Department in Wyandotte County.


Recent tax law may impact charitable giving, but groups say it's too soon to tell locally

KANSAS CITY, Mo. -- It's Giving Tuesday, but a new tax law that went into effect a year ago may impact those who donate in hopes of getting a tax write-off. "Will that impact the way they give?" asked Debbie Wilkerson, president and CEO of the Greater KC Community Foundation.

If you plan to get healthy or lose weight in the new year, a meal delivery service could be on your Christmas list. Customers of FlexPro Meals, based in Kansas City, have a warning before you sign on the dotted line.


Trudeau, Macron and Johnson are caught appearing to gossip about Trump

In a clip shared online the three world leaders seem to be discussing Trump None of the men mention Trump by name but Trudeau seems to refer to POTUS British Prime Minister Johnson asks Macron: 'Is that why you were late?'

By Fewer Americans are giving money to charity, and their relationship with God may have something to do with it. The share of U.S. adults who donated to charity dropped significantly between 2000 and 2016, according to an analysis released this month from the Indiana University Lilly Family School of Philanthropy and Vanguard Charitable.

Hide Transcript Show Transcript , KANSAS CITY COMPANY. AND THE THINGS SHE SAVED HAVE SURPRISED A LOT OF PEOPL HIDDEN AWAY INSIDE THIS UNASSUMING WHITE HOUSE IN FAIRWAY, KANSAS, IS AN EXTRAORDINARY DISCOVERY. HANGING HERE ARE PIECES OF KANSAS CITY HISTORY. THESE DRESSES ARE NELLY DONS FROM 70 YEARS AGO.


More than 300 children to participate in Shop with a Cop

KANSAS CITY, Mo. - More than 300 local children and police officers will participate in the largest Shop with a Cop event in the region Wednesday. The event makes it possible for kids in need to have gifts under the tree on Christmas.


Wednesday will be sunny, mild

We'll see a lot of sunshine again Wednesday afternoon. The high will reach into the middle 50s.The same holds true for Thursday, but there is a slight chance for a few showers well south of the metro.

TOP PHOTO -- GIANT OF A MAN

^^^I'm sure they don't give a crap what a broke bastard like you thinks anyway!

Haha, Trump mocked on the world stage again. He's basically the crazy rando uncle of the world now. Which also kinda sux for the US in general, but still hilarious to see him get clowned.

I'm glad the world is no longer laughing at us again.