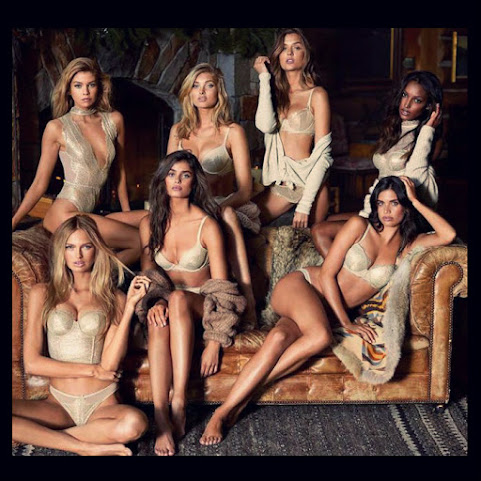 A glimpse at pop culture, community news, and just a few fun links thrown in for good measure.


Disabled woman, 4-year-old rescued after abandoned house next door goes up in flames

KANSAS CITY, Mo. - There isn't much left of a KC house on Virginia Avenue and Brush Creek Boulevard after fire ate through the structure. The abandoned home sits just about a foot away from the house next door, so firefighters thought the fire might easily spread to that home where three people live, including a disabled woman and her 4-year-old grandson.

The final weekend of the decade in Kansas City has plenty to do, including live music, theater, movies and a citywide Kwanzaa celebration. Laying low until the ball drops? Check out a last-minute list of New Year's Eve options that should do the trick for anyone ready to bid au revoir to 2019.

Hide Transcript Show Transcript WIS JOINS US NOW. EMILY: TRAFFIC IS MOVING AT A PRETTY GOOD PACE. DRIVERS WE SPOKE WITH SAY IT HAS NOT BEEN BAD. THEY SAY THE BIGGER RUSH WILL COME THIS WEEKEND BECAUSE OF HOW THE HOLIDAY FELL THIS YEAR. TAKE A LOOK AT THE TRAFFIC CONDITIONS.

KANSAS CITY, Mo. -- For the second time this year, a Kansas City man had his work truck full of tools stolen. The latest heist happened on Christmas night in the 1100 block of Fuller Avenue. It's also the same block where a man was murdered last year.


2019, the year in which Rihanna stole Victoria's Secret wings

There was a time when only the Superbowl competed with the Victoria's Secret show in the annual audience rankings. Its annual show, with live music and the best supermodels in the world, achieved what Chanel, Dior or Balenciaga have not achieved: that public from all over the world stayed hooked to a television show.

The House Democratic leadership has wanted no part of impeachment since the "blue wave" swept them back into power in the 2018 midterm elections. Speaker Nancy Pelosi made this explicit earlier this year in an interview with The Washington Post Magazine. "I'm not for impeachment," she said.


Netanyahu wins party vote in boost ahead of Israeli election

JERUSALEM (Reuters) - Israeli Prime Minister Benjamin Netanyahu easily won a vote to keep the Likud party helm, the party said on Friday, in a boost ahead of what is likely to be a hard-fought general election in March.

FORT SCOTT, Kan. - A slight drizzle had begun in the gray December sky outside Community Christian Church as Reta Baker, president of the local hospital, stepped through the doors to join a weekly morning coffee organized by Fort Scott's chamber of commerce.


Minimum wage workers getting a raise in Missouri in 2020

KANSAS CITY, MO (KCTV) -- A record number of states, cities, and counties will hike their minimum wage in 2020, with parts of California seeing it go up to over $15. On Thursday, KCTV5's Greg Payne showed how the change in minimum wage locally depends on what side of the state line you are on.

Hide Transcript Show Transcript IT DID DROP OUR TEMPERATURES CONSIDERABLY FROM WHAT WE ENJOYED ON CHRISTMAS DAY. THIS STORM AND THE FRONT THAT IT'S GOING TO DRAW THROUGH IS MORE -- IS STRONGER. LET ME USE THE CORRECT ENGLISH THAT WILL BE BRINGING NOT ONLY RAIN BUT POSSIBLY SOME THUNDERSTORMS, AND VERY GUSTY WINDS WITH IT.

Eternal struggle between the halves and the have nots in kc and around the world.

^^^ That's a bit dramatic. Was thinking more a long the lines of "lives of the dumb and dumber."

I feel sorry for the halves, hope they're whole some day!

....what a fucking bunch of morons here

^^^^ You should feel right at home. Glad you could make it back.

May Pelosi get a bad flu followed by a vision of her future in hell.

Thank President Trump for the low gasoline prices. Remember during Hope and Change it was almost double what it is now. MAGA

You might be reading that economic sign wrong. Lower gas prices actually indicate less economic activity. Ask Venezuela how they feel about the economic impact of fuel prices falling.

6:16 so you’re saying that during Obama’s time in office when gas was routinely above $3:50 a gallon and prices for food and clothing went through the roof and the population was struggling to support their families that that was economic good times? Ya, you must’ve been too young for that, why don’t you ask your parents about that instead of making shit up. And while you’re at it, get your money back from the umkc school of fake economics.

@6:59-Please don't comment on things you have zero idea about. I'm sorry, not sorry, Obama still lives in your head rent-free, but it's obvious you're nothing more than a trumpkin, and we all know trumpkins and facts don't mix. The rest of us who live in reality understand what low gas prices really mean and how they have ZERO (you know what ZERO is right?....think of your IQ) to do with how well an economy is doing. Oh well, don't know why I'm explaining it to a trumpkin. Go back to Faux News and get told what to think again.

^^ Keep believing the liberal lies and see where that gets you.

Geesus, Trumpkins will trot out anything with out any sort of backing information. There's a lot of factors that go into gas prices that a POTUS really has no control over but please carry on with what you believe. It's pointless to argue facts with you clowns because you don't believe in facts.

Also, if you're out buying a fucking F-250 and bitching about gas prices, you're fucking stupid. If you buy a gas hog and don't think at some point during the ownership of said gas hog, you're going to clear $100 for fill the tank, then you're stupid. So, before you buy, ask yourself if you can stomach $100+ per fill up before buying the vehicle dummy.

"Minimum wage workers getting a raise in Missouri in 2020." Those who don't get a pink slip will get a raise.

The US became a net exporter of energy under Obama as domestic gas production rose during his administration.

Prices have actually gone up since Obama left office. but please don't let facts get in the way of your MAGA propaganda.