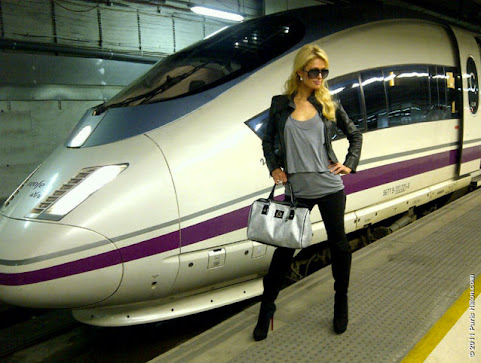 Mayor & Council passed this deal knowing that the economics didn't work . . . The system starts on a path toward insolvency with locals expected to pay up in the very near future . . . And so the inevitable question arises . . .

Read more about this municipal achievement:

"Kansas City's streetcar has been free since it opened, and is now joined by the city's bus system. Free bus service, which is expected to cost about $8 million has been pitched as a major help to low income residents who rely on transit to commute to work."

Then a sales tax pitch during a low turnout election. I'll win by a 30% margin with 5% real voter turnout.

Tax the shop lifted and burglarized property that will be going home with the urban youth each evening.

"Free" buses can last for a very long time, because, rather than ever admit this was a really irresponsible unsustainable decision, the city hall gang will simply siphon more and more money from other parts of the budget.
From services like street maintenance and repair, snow removal, dangerous building demolition, police, and other things they're not particularly interested in, but a critical to the people who actually live in KCMO.ds for streetcar "planning".
Just like was done by taking money out of PIAC fun
Playing the "which shell is the pea under today" is the one thing that the 12th and Oak gang are actually pretty good at.
That, and giving away money to developers.
Momentum!

And mayor mcdrinkersons vision of utopia is coming true, face it people, he can’t count his change when he’s drunk so he wanted to be able to ride the bus home after a night of heavy drinking. Oh and his Apple Pay doesn’t work on the bus! Hahahahaha!

Free Transit should have been decided by voters who will eventually have to bail out the failure. Nothing is free.


But what is funny about this is, the residents will stay and give even more money to this free ride. But yet they bitch about their property values that went up? They voted for the GO Bond and the water propaganda, that was a huge lie. Where are the protesters on this or are they too stupid to see what the city just did to them? Bend Over You're getting it again!!!!!!

"The council still has to decide how it will be funded and where that money will come from." Translation - We will be paying for it with higher
property taxes or sales taxes.

“When we’re talking about improving people’s lives who are our most vulnerable citizens, I don’t think there’s any question that we need to find that money,” Bunch told KSHB. “That’s not a ton of money and it’s money that we as a city, if we want to prioritize public transportation, it’s something that we can find.”

While your at it why don't you plan for dinner tonight by assuming that food will magically appear on the table the same way it does in Hogwarts.

Probably not a huge impact one way or the other, I mean c'mon does anyone think the currently empty (or occupied by 2 old ladies) buses cruising our streets now are funded? As for off-year tax increase votes, they occur annually with or without free buses.

Jesus Christ. Some of you dolts need to Google "Social Contract" because apparently, you all believe that taxes are theft and that anyone less fortunate than you who gets something "for free" somehow makes your life worse. Life is not a zero-sum game, and no man is an island you dunce-ass mother fuckers.

Ever notice how people complain when the poor get some paltry benefit while the rich are subsidized right and left (think Waddell and Reed) without controversy?

When traveling "a broad", I like to stay in a HILTON!!!

Before long the common worker will no longer be able to afford putting food on the table. All of his wages will be taxed to the point his take home pay will be maybe 10% and from that he has to pay for a place to live and a car to get to work in while the non workers sit at home paid for by taxpayers bitching about not enough money on the SNAP card while riding free busses all day all over town visiting the homies.

Our social contract does not mean the government is just big welfare agency, devoted solely to taking money from disfavored people (those who work for a living) and giving it to more favored ones (those who don't). Of course, that asset transfer makes life worse for those who bear its burden. After all, it was their money.

Why not just admit that massive social welfare schemes are mainly a clever way to create population dependencies and to buy votes using someone else's money?

This is huge for industries such as hospitality. Thanks for making it a bit easier for our folks to get to work and back home!


There ya have it. Thanks for making it easier for our bean counters to reduce employee pay a bit!

What part of the budget is expected to take cuts to supplement the 8 Million to fund it? Police department? Or maybe the “temporary 1% earnings tax”? Roads? Probably going to just get used to the smell of sewage?

Let's see. One Light, Two Light, Three Light. Where is the outrage? Oh, yeah. The beneficiaries of those subsidies are white.

WHY DO PEOPLE KEEP MOVING TO THE SUBURBS!?! Because of shit like this. They're ruining our city and will leave it like it was in the 80s and 90s only much worse and they'll never realize they were the cause of it

Few people acknowledge this but most people are moving back to the suburbs. The push to move downtown was only a trend for a few years in the early/mid 2010s and has begun to die out as people realize they actually like living in the suburbs more.

Municipalities like KC are dumping billions into downtown and getting zero return because in the end nearly anyone who makes over $30,000 wants to live in the 'burbs. A city that's taking on billions of dollars in debt like KC will not be able to support itself when the main source on income comes from servers and those in the gig industry.

Pry yourself off the cross for a moment and understand that things have to be paid for. Especially in this city, which is a corrupt developer's cash register.

This is great because I spend $10,000 a year just to get inked and free transportation to the parlor and back is going to be a real incentive and amenity.

WE ALREADY PAY FOR BUS SERVICE! that dollar 50 DOES NOT go towards operations its profit