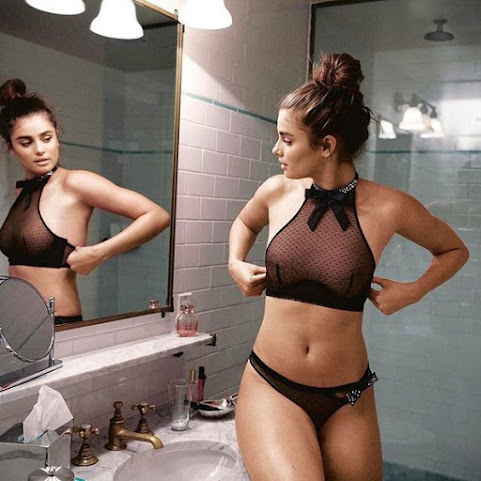 We start out with lingerie biz hotness, pop culture interest and community news links for our most dedicated Kansas City news watchers . . . Checkit:


Apprenticeship program for KCI terminal to give people life-changing opportunity

KANSAS CITY, MO (KCTV) -- An apprenticeship program for the KCI terminal will not only help fill a labor shortage but can give some people an opportunity that experts with the program say, could be life-changing. It's called the KCI Workforce Training Program, and according to Dave Wilson with the St.

INDEPENDENCE, Mo. -- As much as she'd like to, Michele Shanahan DeMoss can't forget the tragic chain of events that upended her life on July 4, 2011. The metro mom was enjoying the fireworks and festivities with family and friends near the Truman Sports Complex.

Kansas City entrepreneur and philanthropist John Sherman assembled a group of similarly minded Kansas Citians to acquire the Kansas City Royals , creating a unique ownership structure for the Major League Baseball team. The Kansas City Business Journal wanted to get to know the people behind the investment group - comprised of 22 co-owners - that bought the Royals in November.

She recently engaged in a war of words with actress Jameela Jamil over body positivity. But if Sara Sampaio was worried, she didn't show it on Saturday, when the Victoria's Secret Angel frolicked in the waters of Tulum with boyfriend Oliver Ripley. The 28-year-old lingerie model flaunted her killer physique in a skimpy animal print bikini.

When it rains it pours for L Brands ( LB). Its revenue is in decline amid a protracted slump at its Victoria's Secret brand. S&P recently downgraded the company's debt to BB- (non-investment grade, speculative): S&P Ratings downgraded L Brands (ticker: LB) and Gap ( GPS) by one notch each.


Michelle Obama explains friendship with George W. Bush: 'Our values are the same'

They may sit on different sides of the political aisle, but George W. Bush and Michelle Obama share a mutual respect that transcends politics.

"After my initial feeling of being violated, seeing that pompous fool using my creation to stroke his infantile ego, it finally struck me that the leader of my country and the free world actually enjoys comparing himself to a mass murderer," Starlin said in a statement to The Hollywood Reporter.

Moving Up From KC

Eric Bieniemy was likely going to be a hot commodity on the coaching search, but it might not take him long for a new opportunity to emerge if the smoke out of the nation's capital is linked to a very real fire.

KANSAS CITY, Mo. - There are two new restaurants coming to the South Plaza neighborhood of Kansas City, Missouri. One of them is part of an expansion. "I really missed was a place where you could go that was a casual atmosphere but really, perhaps sophisticated food for breakfast," Robert Joseph said.

MISSION, KS (KCTV) - Tuesday, a photo is all Mark Gordon has left of his refurbished WWII era Epiphone guitar. He proudly purchased it when he was just seventeen. "I sold Amway shoe shine to make money to get it. Got it and I have played ever since.


Warmer temps on tap for Wednesday

Hide Transcript Show Transcript EXCLUSIVE LIVE IN NINE-DAY FORECAST SO YOU WILL KNOW FIRST. THIS IS FIRST ALERT WEATHER. KELLY: IT'S COLD. THE SUN IS OUT. NEVILLE: AND IT MAKES IT NICER. KELLY: AND THEN WE WILL GO UP AND THEN DOWN. NEVILLE: IT IS AT TIME OF YEAR.

Sara make me smile. Old presidents and their spouses, not so much.

Does George know Michelle is a man ?

Life's just beaches and lolipops when you're a nice piece of poon.


Lets get one thing straight! Michelle Obama is no way in the same league as George Bush. Michelle Obama is a welfare brat who used the system with her black privilege, she's a racist and everything out of her mouth is ignorant and divisive. That's even given the fact that George Bush was a bad President a RINO so that put Michelle Obama even lower that he is. BTW Michele Obama needs to spend some time with her messed up drug using daughter. So I guess that makes her a dead beat mom too.

6:07: Does your family know you have access to a computer at the memory care center?

Selective memory much 8:06? Michelle Obama was reared by a middle class intact family. W. was a brat enabled by his wealthy and connected family. Had he been forced to cope on his own, he would not have been able to avoid the draft and would probably wound up as a homeless drunk derelict on the streets of Midland, Texas.

District Court Judge David Briones needs to be removed from the bench and charged with treason.

While adjusting her waitress uniform at the black-tie dinner, Sara was confident she'd be cleaning up the tips all night!!!

Dear Michelle, love ya. But, I have a thing about lying your country into war and screwing up the prosecution of said war so badly that it wrecked the middle east and created Isis.

^^^ Once again Hyper you're full of shit!

The Middle East was fucked up and ISIS was created by the two REPUBLICAN invasions under Bush and Bush the Lesser!

Remember those Wars, Hyper? Probably not, they don't fit very well into your continuous anti-Democrat Squealing, but then there's a hell of a lot of Reality that doesn't fit the alt-Right Wingnut Mythology.

Hyper's in a memory care facility. There are many Republicans there who only have access to Fox News because no one can remember where the remote is.

Ok, that was funny.

If Tyrone can't pawn it, it'll eventually get used for target practice.

9:59, are you referring to WMD's? First, that was just one of many justifications in Congress's authorization of military intervention in Iraq. Second, if the assertion that Iraq possessed WMD's was a lie, the same lie was told by Bill, Hillary, Biden and many others. It's what the CIA believed to be true, and senators, representatives and senior staff got the same briefing on the subject that the President did.

The war was not waged incompetently. The peace was. We should have just knocked down half the country and then told them straighten up, or we'll be back for the other half.

Saddam was getting ready to NJ issue a pan Arab currancy backed by gold. He was sick of kissing the dollars ass. Kadafi was planning the samething. Do not mess with the dollar. Kennedy and his brother wanted to audit the federal reserve, see what they got too ?