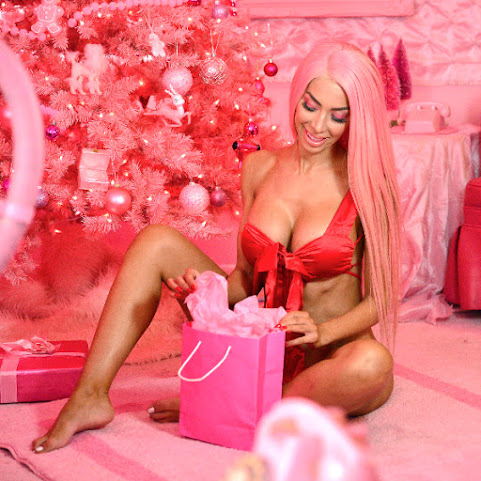 Our quick peek at pop culture, community news and some of the more interesting items for our community of newshounds. Checkit:

KANSAS CITY, Mo. -- With the rush of the holiday hustle and bustle, it can be easy to forget the reason for the season. This Christmas, one group has found a way to make sure the homeless and those in need get a little more attention.

The North-East branch of the Kansas City Public Library officially opened at the interim location this week. The library is undergoing an extensive, 9 to 12-month renovation at the 6000 Wilson Road location. In the meantime, the library will operate across the street at 5930 Wilson Road, inside the old Peking Garden Chinese restaurant at the Northeast Plaza Shopping Center.

MERRIAM, Kan. -- According to AAA, 8.6 million drivers will take to the roads in our region this holiday season. Many of them coming through Kansas and Missouri. "We're going to spend like 3 or 4 hours here," Jose Castaneda said. Castaneda and his family doing some last minute holiday shopping in Kansas City.

Farrah Abraham isn't afraid to share the secret behind her booty. The former Teen Mom OG star posted a video of herself getting "artificial fat" butt injections.


China calls on US to take "concrete steps" with North Korea

China has called on the US to take "concrete steps" to deliver on what was agreed between US and North Korea at their Singapore summit last year.

There is an old tale that pops up from time to time, parts of which Chiefs coach Andy Reid still disputes, about a phone call he made to Travis Kelce when Kansas City selected the tight end in the third round of the 2013 draft.


Democrats in disarray: 2020 election at risk

The Democrats are in disarray and face a number of problems winning the 2020 election. For starters, the Democratic presidential nomination process is highly fluid. In early primary and caucus states, no candidate has managed to sustain a lead over time. The criteria for qualifying for a debate slot and the debates themselves have hurt candidates and the party.

Splitlog Coffee has opened a second location in Pendleton Heights at 546 Olive. A more spacious space than their original location in Strawberry Hill, owners Adam and Caleb Wittmer said it's a perfect place for meetings, studying, or just hanging out. photos by Krystin Miller

Powerful Ahead Of Playoffs


NFL Power Rankings: Where do the Chiefs Rank After Sunday Night's Victory?

The Kansas City Chiefs tallied their fifth victory in a row on Sunday night with a dominant win over the Chicago Bears at Soldier Field, and as the Chiefs continue to fire on all cylinders at seemingly the perfect time with the postseason approaching, the national pundits are once again taking notice.

All Kansas City wants for Christmas is a Chiefs Super Bowl victory. Not much to ask!

What woman in Kansas City is in decent shape but has the hugest breasts?

Fake Gronk aka kelce the klown 'best' TE the NFL?

In an era game, rules and stats have been diminished in relevance due to the many advantages given offense (and especially receivers and qb's), kelce the klown - despite more opportunities (targets) than any other NFL TE save one, ranks no better than mediocre in more categories than not.

3) Dropped passes: klown has dropped more passes than any other TE the NFL, having butterfingered away 6 of them

4) Fumbles: only 2 other TE's have fumbled the ball more often than klown

Does kelce the klown lead in any category? The generously targeted (he's 2nd among all TE's) over-hype is only 6 catches and 167 yards ahead the next guy each category, neither of whom is targeted much as the klown.
_________

Ranks #1 as biggest prima donna ever to wear the KC uniform: over-hyped as stat facts affirm, his self-aggrandizing juvenile antics/spastic gyrations afield have been an embarrassment. kelce the klown a leader? Let us have a walk down memory lane: obscene gesture, throwing an official's flag and of course dropped passes and fumbles just when you don't need them, highlight his career resume.
_______


Upshot: winning ultimate/scoring penultimate offense, only thing kelce the klown gets more of is over-hype and hometown hoo-ha; just the fact, ma'am.

@7:21 her name is Tessie Tupperware and she hangs out (literally) at the P&L District most nights.

There was another video a few years back of Farrah getting a butt injection. It was much better.