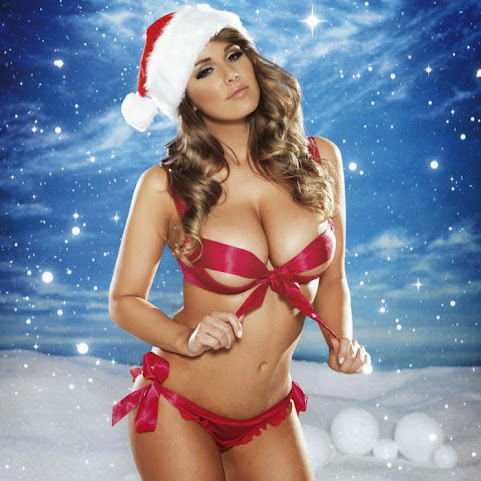 First off, thanks to one of you friendly d-bags for getting TKC a Lucy Pinder calendar this year -- It's been captivating to say the least. Quick roundup of headlines for tonight. As we consider pop culture, community and just a few more items . . .


Trump jokes maybe North Korea's 'Christmas gift' for the U.S. is a vase

President Donald Trump said Tuesday his administration will be prepared to handle North Korea's foreboding promise of a "Christmas gift," whether it be a long-range missile test or something more pleasant. "Maybe it's a nice present," Trump joked when questioned by reporters at his Mar-a-Lago resort.

Why Nobody Is Worried About a Recession Anymore Democratic Leadership Showed This Week That It Can't Be Trusted With Health Care Reform Warren's Wealth Tax Might Raise $1 Trillion Less Than She's Promised, According to Boring Budget Wonks Democrats Did the Right Thing by Making a Deal on Trade The conventional wisdom about the 2017 Trump tax cuts is that they did not work out the way Republicans promised.


Rabbi's wife's picture from 1932 showing menorah displayed under Nazi flag resurfaces during Hannukah, proving "our light will outlast their flag"

During the Jewish festival of Hanukkah this year, a powerful photo exhibiting one woman's defiance against one of world history's most violent and oppressive regimes has made the rounds on social media. The black-and-white photograph depicts a menorah positioned directly in front of a window through which the Nazi flag is seen hanging from a building across the street.

Backgrid Jennifer Lopez is taking no days off for the holidays ... looking absolutely stunning before hitting the gym on Christmas Eve. Check out these pics of J Lo strolling into her Tuesday workout in Miami ... she's got her rocking bod on full display in skintight spandex, and she's feeling the Xmas spirit with her red gym attire.

Hours vary by location and some close early for the holiday, so it's best to call ahead before showing up with an empty stomach.

KANSAS CITY, Mo. - The holidays are supposed to be a time during which people bake cookies with loved ones and spend time with the ones they cherish. But, as the families of Mickell Tolbert and Erin Langhofer told 41 Action News, Christmastime can be painful, too. Both women were murdered.

Lucy Pinder might be the best fuck on the planet.