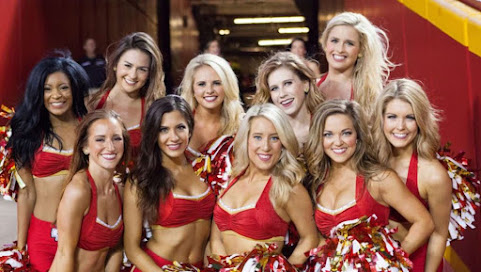 Among our delightful commenters, there has always been some FAKE NEWS myth that TKC has some sympathy for the garbage team from LA and soon to be Las Vegas. Fact is, whilst we fear that football might be a remnant of the past given the rise of e-sports . . . We remain dedicated to the Chiefs & Royals because this blog is focused on skeptical consideration of the hope for fantastic local achievements and the eventual, inevitable letdown and Kansas City disappointment.

Nevertheless, we remain optimistic about today's crucial game and share these insightful reports on the subject . . .

Jon Gruden was asked this week whether he thought his Oakland Raiders were looking ahead to their AFC West showdown with the Kansas City Chiefs when they were walloped by the New York Jets."No, not with this team," the Raiders coach replied. "Nuh-uh. No.

Going into the Monday Night Football game at Estadio Azteca, Arrowhead Pride contributors were almost united in their belief the Let's see what the AP staff - and our readers - think about the Week 13 game against the Oakland Raiders at Arrowhead. would win a fairly close game.


Patrick Mahomes Instagram Is a Love Letter to Brittany Matthews, His Dogs, and the Kansas City Chiefs

Patrick Mahomes' Instagram is the latest craze of the NFL, and with close to two million followers, fans cannot get enough of the superstar quarterback. For Mahomes, his Instagram is basically a platform to show his unfailing love to his longtime girlfriend, Brittany Matthews, his two adorable dogs, Steel and Silver, and, of course, the Kansas City Chiefs.


Patrick Mahomes will make a statement against the Raiders

If the Kansas City Chiefs could get it all to click, they would be the best team in the AFC. After all, they were one coin toss or Dee Ford offsides away from beating the Los Angeles Rams in the Super Bowl last season and managed to go toe-to-toe with two of the NFL's best teams when Patrick Mahomes was out with a dislocated kneecap.

It's one thing to sweep your division. While the Chiefs are only halfway there, they do have the opportunity to do just that in the final five weeks of the season, with three home games remaining against the Oakland Raiders (Week 13), Denver Broncos (Week 15), and Los Angeles Chargers (Week 17).

This is the OPEN THREAD and what we hope is a bright side conclusion to the Kansas City Thanksgiving weekend.
Posted by Tony at 12/01/2019 03:11:00 PM

How bout something other then football. Sick of it.

^^^^You knows this how? Come on confess it's you he blows.

Fun to watch the raiders get their ass kicked

4:24 Dude this is KC man Chiefs is the only thing happening that is worthwhile. Royals after that. Chill out and have a brew and some barbecue man.

See even smiley selfie tweety bird Q is into it.

I think we got this, y’all. #OAKvsKC

Yup Team Do Nothing

Chiefs are in the worst division of the league and they won against a team that sucks worse than them. Whoop De Fucking Doo.

Shameless will be on here in a little bit. At last something worth watching is going to be on television today. Watching the Chiefs play is as painful as thinking of having sex with Byron's wife.

3:20, did you you mean to say you were choking on some dick, while the Chiefs slaughtered the Raiders 40-9? We all knew you were, btw wipe your lip you missed some.

7:18 - Go watch your 'Shameless" trailer park grade show on television, Seeing what you post on here is as painful as thinking of having sex with your wife - oh wait you no longer have one because she dumped your worthless ass for a guy with a job and a brain...carry on moron!

Ha! 7:18 tried to run snark, but got got his geezer ass knocked the fuck out instead!!!!! Classic!

How did the NFL MVP do today? Fantastic, whoever he is! It's a 3 QB race now - and guess who's not in the running? (Hint: he rhymes with 'overrated')

Deshaun 'The Man With The Golden Arm' Watson and Lamar 'Jailbreak' Jackson both had stellar days, as the two best young QB's in the game again showed why they rank ahead of the rest. Meanwhile veterans 'Dange'Russ Wilson and Kirk Cousins (who both play on Monday) and Aaron Rodgers remain contenders.

Conspicuous by his absence, despite local protestations of "he still has a chance", the great KC overhype. How did he do today? As he has all season - average to below. Mahomes had another mediocre performance - fast becoming the norm for him, why it's clear the 2019 MVP does not play for the Chiefs.

'Catsup boy' stats vs the top QB's aft today's games are factored in finds him trailing many other QB's in most every major category. Undermining the claim that because he missed 2 games, he hasn't had as many chances as all the other QB's, we find that is bogus:

* 8 QB's rank ahead of him in overall td passes (in fact, not only is he no better than 9th place, he is tied for 9th with three additional QB's)

* 9 other QB's have more passing yards, 16 have completed more passes, and 16 other QB's also have a better completion % than Catsup

This has been presented as a public service... don't you just hate it when reality blows wishful thinking right out the water?

^^^^TL/DR. What happened on Matlock today pops? Leave the football analysis to those who actually know it. Go away and quit posting long screeds like this. Nobody reads them. Don’t you have anybody else you can bore with this???

And yet Mahomes is the reigning MVP, likely MVP this season, and the best QB in the game. Weird.