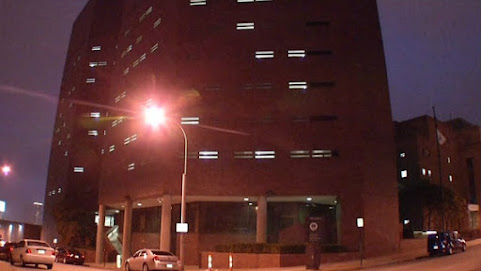 The latest on a project that has continually stalled despite human rights abuse pressure . . .

The Jackson County legislature says the entire planning contract is nearly $9 million and the cost to build a new Jackson County Jail is expected to be around $270 million.

Check the take from the Courthouse as well . . .

KANSAS CITY, Mo. – The Jackson County Jail Working Group is pleased to announce today that the Legislature has awarded a contract for Owner’s Representative services for the project development of a new jail to the most-qualified bidder JCDC Partners, LLC of Kansas City, Missouri.

The Jail Working Group – consisting of Jackson County Executive Frank White, Jr., Chairman of the Jackson County Legislature Theresa Galvin and Jackson County Sheriff Darryl Forté – announced the issuance of the Request for Proposals (RFP) for this critical project in April. The County received numerous proposals, which were evaluated by a selection committee made up of representatives from the legislature, courts, county executive, sheriff and prosecuting attorney offices.

The funding approved by the Legislature today will allow JCDC Partners, LLC to execute the project’s initial two components – validation of need and programming – of the master agreement.

“With the Legislature’s approval, we are one step closer to a state-of-the-art safe and secure detention facility that will serve our community for decades to come,” said Jackson County Executive Frank White, Jr. “I look forward to continue working side-by-side with my working group colleagues, stakeholders and JCDC Partners, LLC who are all committed to ensuring that this is a successful project.”

“The Legislature’s approval is an important milestone for us,” said Legislative Chairman Theresa Galvin, 6th District Legislator.” We know more hard work lies ahead, but I am grateful for the support of my legislative colleagues, the County Executive and Sheriff as we move forward in the best interest of the County.”

“This is a community issue that cannot be solved by one individual. We must all be engaged in the process and I am proud of the collaboration that has led to this point,” said Jackson County Sheriff Darryl Forté. “As this process continues, the safety and security of our community, staff and inmates in our current detention facility remains a top priority.”

Both of the project’s initial components will take 120 days to complete once the work on each component begins, with an estimated completion of both components in August 2020. Completion of the initial two components by JCDC Partners, LLC will prepare the project for architectural criteria building, which will be considered the next critical step within the master agreement.

As the owner’s representative, JCDC Partners, LLC will have primary management, oversight and collaborative responsibility for the development of a new jail, including planning, site selection/acquisition, design, construction, commissioning and occupancy. JCDC Partners, LLC will work under the direction of the County Project Manager as well as assist the Jail Working Group. Additionally, JCDC Partners, LLC will be tasked with facilitating open communications with county officials, stakeholders and most importantly, community members.

Is Merriam Hennosy's lover in Chicago part of the funding? look at her emails and phone records. I bet so.

Can’t wait to see their proposal as to where it’s going, nobody wants it anywhere near them, let’s hope it stays downtown where it belongs.

The County is shipping in prison labor from Lansing State Pen and nobody says shit about the loss of jobs in the economy.

Well, we knew this was coming. We are getting bent over on taxes. Now they will want more to mismanage.

Frank White,Theresa Galvin and Sheriff Darryl Forté decided to give 1.3 million dollars to an LLC that was formed in May of 2019. Nothing suspicious about that.
hers a link to the people that gotta go...https://www.jacksongov.org/1081/Elected-Officials