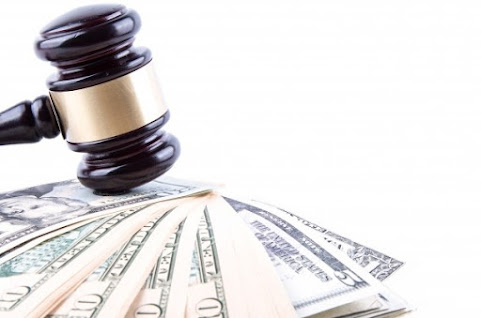 The most effective critics of the Courthouse have one provable talking point that's much better than maps, data and political arguments:

Missouri law mandates Jackson County to provide PHYSICAL INSPECTIONS of property when taxes rise more than 15%. Those rules were not followed in the overwhelming majority of cases this year.

There's no defending the County's mistake. The current Administration simply did not follow the rules for the vast majority of properties.

KCTV5 HAS OFFERED SOME OF THE VERY BEST KANSAS CITY JOURNALISM DOCUMENTING THE HOT MESS!!!

Better than the newspaper and with more consistency than any other TV station . . . They've offered a groundbreaking series of stories that have sparked public policy reaction at the State level and quite a few legal debates on the way for 2020.

Here's their latest report that's worth another look for those who haven't seen it yet:

You know, if this was an attorney exibiting this level of incompetence, they’d be brought before a tribunal to defend their competence. Why is it that the State of Missouri is still allowing this woman to practice real estate appraising in light of the fact that she is both a previous Missouri law maker - who should know the law; and in the State of Missouri - it’s if you should have known or did know, in this case both are applicable, that this is just cause for her to be fired and her appraisal license revoked. Why are we still waiting on this?

And the fact that the County has seen record lawsuits filed against it because of the tax assessment debacle is enough cause to fire that bitch! Get her the fuck out of there. What are these people waiting on?

I predict in the end, absolutely nothing happens. The net assessments will stick. Even if some of the lawsuits are "won" the court will limit the increase to 15% per year, then next year they get hit with the remainder. It will be applied retroactively, so by the time the lawsuit is completed, there is no net change to what HO's will have to pay. As for Beatty exhibiting incompetence, that is absolute status quo for the vast majority of guv employees and more so for elected positions. Remember JaCo, you elected Koons, Wayne Reeder's biz partner when all this mess started (~15 years ago)

The issue seems to be, does "physical" inspection require an in-person visit? Or is it still a physical inspection when accomplished by, for instance, drone or Google Earth?

Don't believe any rumors before the fat lady actually sings.

If the law is broken, there should be no debate or hand wringing about the results. Unfortunately, in county government today, there is no accountability, just avoidance of responsibility.

9:55am in Real estate the term physical inspection always means in person inspection. When underwriting mortgages, banks make the distinction both in their order and instructions to the appraiser that an in person inspection is required before they will lend. The government inspections aren’t any different and there were no drone or google earth inspections of anything. The county has already conceded that it didn’t subscribed to software needed to make the assessments. No county does “physical” assessments my electronic means. Electronic and physical are two different things. This argument is just as dumb as Gail Beatty. It won’t do a bit of good to save her ass. She should be fired.

Any coincidence that KCTV5 is the only news station not in KCMO and the only station that investigates KCMO and jackson county?