Have A 'Kansas City Nice' Christmas!!! 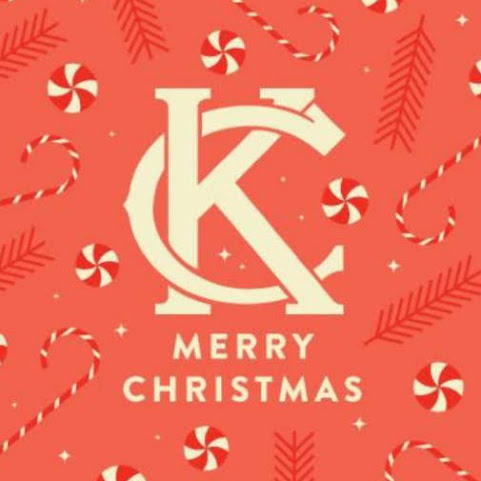 Christmas inspires some of the very worst content Kansas City "journalists" have to offer.

So, rather than fake sentimentality like a bad Hallmark card inspiring social justice rage . . . This TKC blog community has always benefited by getting REAL with readers.

A glimpse behind the curtain . . .

ENJOY THE HOLIDAY CHEER BECAUSE 2020 IS GEARING UP TO BE ONE OF THE ANGRIEST YEARS IN AMERICAN HISTORY!!! 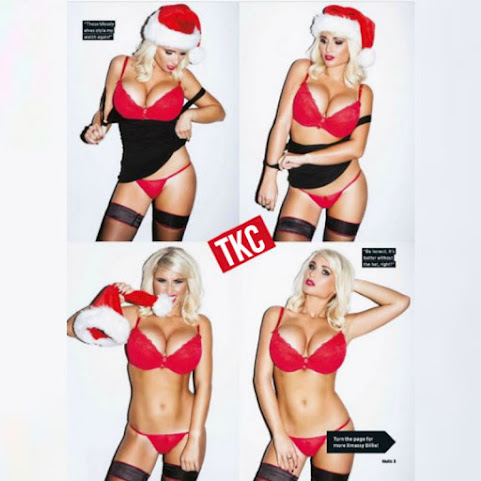 Desperate politicos will demand disunity and division from their followers in a vote that's more popularity contest than political debate. Meanwhile, extolling the benefits of the economy is lost on American workers disheartened by growing income inequality.

In much the same way a great deal of this holiday season was manufactured to illicit emotion. Elite media professional from "many sides" will make their pitch in the name of patriotism, a higher power or the promise of profit. In every instance, they're just trying to sell something to an American public already mired in debt.

And none of this is deny the plebs their God-given right to sell out to the highest bidder.

Our Christmas wish is merely that denizens of the discourse value their choice in following any number of feeble ideologies. The bright side here is that -- From filthy dorm rooms to tech gadgets and every dark corner of the world -- Most of the time consent is not a prerequisite of compliance.

Despite it all, this cowtown moves forward in a delightfully insincere manner wherein the presentation of any pitch, policy or person is far more important than substantive issues. They call this tactic "Kansas City Nice" and it's how locals maintain their composure and focus on the con ploy at hand rather than solving any real problems.

And all of of this isn't to say that there aren't many local politicos doing a good job.

For instance, it's too early to pass judgement on Mayor Quinton Lucas and only keyboard warrior tough guys have already made up their mind on his tenure.

Instead we turn to him for a bit of holiday cheer and hope for local unity in otherwise divisive times.

Thank you for the gift of snark.

I like Quinton Lucas and want him to do better. I think that a wise choice on city manager will help him make REAL improvements the city needs.

^^^ that would be nice but it's not going to happen. Always politics as usual in KC.

Merry Christmas and Happy Holidays to all.

Life In The Asylum of Dysfunction

Merry Xmas to everyone in the MidBest

MERRY CHRISTMAS to the Kansas City Atheist Coalition...but they will still end up in HELL unless they repent of misleading young people!

The male nurse your gay son is dating said...

May chuck get the help he needs in the new year.

As for our tribe, as we enter year 4 of the War of Incivility, expected to last at least another 5 years, I'd like folks to comment on the topic. Add value. Add an opinion. Not attack with shaming. Ad hominem attacks need to be set aside--for suggesting actual solutions.

Tracy, like your incivility toward the Shawnee may our and council? Great advice, if only you could follow it.

I'm just the Give 'em Hell Harry Truman of Shawnee. I tell them the truth and they THINK it's hell!

The City issued a $2500 ticket to David Morris, HOA president giving testimony critical of a multimillion dollar TIF for apartments on a 20 foot wide dangerous, curving DITCH ROAD. His ticket was essentially for illegally parking at the microphone for a few extra minutes. When the Mayor lets her buddies talk on and on.

The ticket was reduced to $250, FACT
after Morris hired a superlative criminal defense attorney FACT
who would have gotten it dismissed,FACT
but it was far cheaper for him to settle. FACT

Morris is a photographer. I think the city should buy a photograph from him, and hang it at our Justice Center, maybe in the Chief's office. But that should just be for the photograph.

The city would have to pay out of their 40% reserves in their budget FACT
to frame it, rather than framing David Morris after a 2 day search of arcane charges. FACT.

And if you want to criticize me, then use your name, coward.

Wow. I hope the Shawnee mayor and council aren’t spending Christmas obsessing about you, like you are them.

There is a difference between name calling, and speaking truth to power, calling someone out.

Tho I did like "hypersensitive"!
Thanks for noticing my softer side.
I've been called worse, especially by anonymous trolls here!

Merry Christmas and Happy Holidays to each and all.

Let's all meet up at Bob Evans for Christmas dinner.


Mayor Lucas it's not a holiday season message! It's Christmas! If you don't like it don't celebrate it. If you think it's politically incorrect then keep your mouth shut.

Any valid point you have, if any, is lost in the vitriolic manner you have toward anyone who disagrees with you.

If Kathryn Shield makes all the decisions and the city manager does all the work what is the point of Mayor Selfie?

10:10 'virgin' is a mistranslationm, every half wit knows that. a good story that emphasizes life as a gift of god not a gift of dick, don't get your ego wrapped up in your children to give you a life purpose, they just need benevolent care givers, they do not necessarily need you. If kids knew how truly idiotic their parents are. and virgin technically meant someone who had not given birth, which makes sense, big difference between someone who has given birth and someone who has not, not such a big difference the day before and the day after someone first had sex.

I personally thank Tracy for her brand of journalism- better than anything the Star has.
Here’s the ironic happening:
A few people write a series on foster kids and the star and Jimmy C think it is worth a top award- Pulitzer material.
Maybe. But most generations don’t know what a Pulitzer is and or don’t care.
All the old people who care and or subscribe can’t save the Star.

Here is a new idea: Save hundreds of thousands - quit alienating half of all potential and current readers!
How?
Eliminate the editorial board and put any good ones on the street writing stories.

That’s just one idea... And a damn good one.

Happy fucking 2020! Go Tracy and show them Shawnee pricks where to stick it!

By the way- loved your jabs on the worst governor in Missouri- where is he now and is he still a Seal somehow?