Earlier this week we "reported" on hot mess in Shawnee that included speculation about threats, resident dismay with development and a very read and EPIC find directed toward a frustrated resident.

The case was settled for a $250 fine...Down from the charge of $2500, believed to be the largest fine in Johnson County history.

Here's the sitch told via stanzas in Tracy's unique, poetic style and a glimpse at how she worked to mediate the hot mess behind the scenes . . . 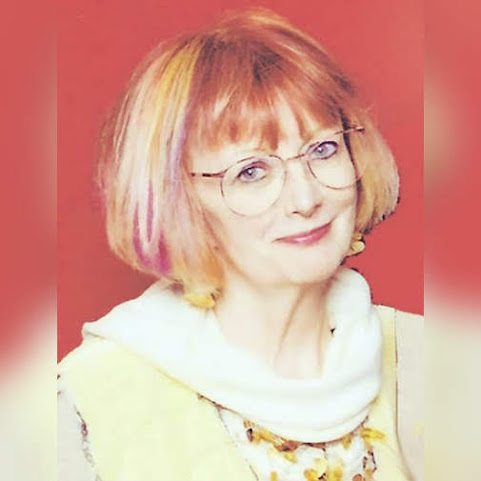 I reached out to the Chief of Police, Rob Moser, the morning after the incident --
and urged him NOT to write the ticket.
I said, on the phone, "Take a beat. Take a breath. I know you are protective of our fragile mayor. But she didn't even use her gavel to manage order in the chambers.
She allowed a citizen to be bullied and shamed, and he had a moment.
Let's all just calm down!"

The city could not even FIND a reason to charge David!
It wasn't "illegal parking at the mike"
It wasn't "a threat"
It wasn't "resisting arrest"--because he walked out, untouched!

They had to to have the prosecutor dig up an archaic code
and grab the highest fine possible
and deliver it later that week
because it's not a real crime.

Sounds to me like how the House has invented a crazy non-crime "obstruction of Congress" to charge President Trump!

Good for Tracy. She did the right thing. The old guy didn't deserve to be fined thousands of dollars just for making a point.

Classic example of leaders who hate back when their views are questioned or they don't get their way. This Mayor acts like a true democRAT.

Are theses over bearing free speech haters Demoncrats by chance ?

Thanks, Tony--because YOU first brought the story to light. Governments hate the sunshine. Also credit to Councilman Eric Jenkins for urging the City Manager to do the right thing.

It's settled, now for $250. Personally, I think the City should have just DROPPED the charge entirely. Our school marm mayor, Michelle Distler has taken to lecturing us in the quarterly magazine sent out for thousands of dollars to BE KIND. She also has changed her instructions before comments that we are not allowed to be "impertinent"!

Master David Morris, you are being impertinent, for challenging me, or asking the city NOT to grant smug Kevin Tubbesing a TIF Dec. 23 and a 30% profit the next 10 years-- during a lame duck session, to build fake luxury apartments behind Old Shawnee Pizza, on a 20 foot wide, dangerous curving DITCH ROAD, Rogers Road. Master Morris, go stand in the corner! And pay us $250!!!

If Shawnee and Mayor "School Marm" Distler want to demonstrate acts of kindness, how about this? David Morris is a fine arts photographer. Commission him for $250 (you've got the budget!) to take a photograph of our excellent Shawnee police officers being KIND. Which they generally are, often with kids and the poor. We love our cops. They usually do the right thing. Let's get back to thinking THAT.

Hang the photo at our $21 million Justice Center. Of course, for $250, that's just for the photo. The city will need to frame it themselves. Rather than Citizen David Morris.

Citizen Tracy, driving the speed limit with her seatbelt buckled!!!

Thx Chuck. But what in heck are Compos Mentos? The expensive peppermints at the checkout at Super Walmart? Nobody in Shawnee took Latin...

Tracy , forgive him, for Chuck know not what he do!
It's not his fault, his Mother was frightened by a Thesaurus when she was pregnant with him.

I glad Tracy is back. I was afraid she had run off to Arkansas to live in some Branch Hillbillian type of commune.

Northlander @8:0, let's all calm down and be more civil, and make a New Year's Resolution to respect the Office Of President more in the coming year.

Oh, and let's all be god Citizens and help the environment by
NOT FLUSHING THE TOILET TEN TO FIFTEEN TIMES WHEN WE TAKE A TRUMP!

This is how ya say it in Burmese.

I am always amazed that in local issues the ignorant Trump comments that are made. Because you inject your lies about our president into issues that are in no way related to national politics prove what has been said by republicans on the national stage that the president is the subject of a witch hunt. Thanks for making the point even though you didn't mean to.
BE KIND - GET EDUCATED.

The TKC circle of self-congratulatory stupidity.

This is how to say it in Amharic.

shawnee sounds very poorly run. It gives me hope that there's a lot of push back though. so keep fighting

CHUCK can use REFDESK!
His secret is out!

also deserving big credit is media savvy attorney, Brandan Davies. He does criminal defense and DUI Law and is the go-to guy for all the local media to talk about marijuana offenses and changes in the law. He is on TV all the time.
Perhaps Shawnee was motivated by avoiding another black eye they were just defeated by Melissa Hoag Sherman at Spencer Fane when the city tried to use eminent domain to co-opt AKA steal land from her client SuperiorTrash / aka Wayne Developers. Shawnee lost the original case and the appeal. And on May 21st, Shawnee got humiliated and shocked when voters rejected the poorly conceived eternally taxed proposal for a $54 million community center ...72% no.

Tracy is kicking ass and taking names. If only she lived in KCMO. Sassy!

Hey while we are at it, let's all thank Bryan Stalder for all the worthless shit he does for the community like penning shitty cartoons and being an all-around fuck head. If you want to thank him in person, I hear he spends his fridays in the Missy B's men's restroom, pants down and arms handcuffed around the base of the shitter.

Tracy’s radio ads used to kinda creep me out but I love what she did here. Tracy, can’t you move to KCMO and help us? Maybe some of your common sense and kindness will rub off and your effective activism will scare the mayor and council into doing the right things and making smart decisions. And you could help us with all of the recall elections we are likely going to need.

So Tracy admittedly interviews with a police investigation, and then also plays lawyer without a bar license. Entitled much? No wonder she supports the Dump.

Interferes with. So sorry.

Compos Mentis = Mentally composed.
Tracy is.
Her critics are not.
El Bryan is.
Chuck is.
Super Dave is.
Many thanks to each of them for their effort.

Byron in Raytown certainly is not. He is at the coffee shop as I post this.

If given the privilege, there is no doubt Tracy would raw-dog Trump. None. Enjoy the fat and stank.

Tracy is kicking ass and taking names. If only she lived in KCMO. Sassy!


Well she's not that stupid and likely has no desire to move over into the world class loony and psycho bin known as KCMO.

I'd date her.. What ya think Tracy.

Tracy, you may want to ask your doctor if you are healthy enough for sex before accepting 4:03's offer, as I think he only wants to bang.

^^^ Oh yah, it's like, and where have we heard that line before?

^^^^ Not sure, but your Momma heard it he night you were conceived!

By the way, does that fool still think he's your father?

@2:13PM: Such illusions. Keep still. Try to learn something.